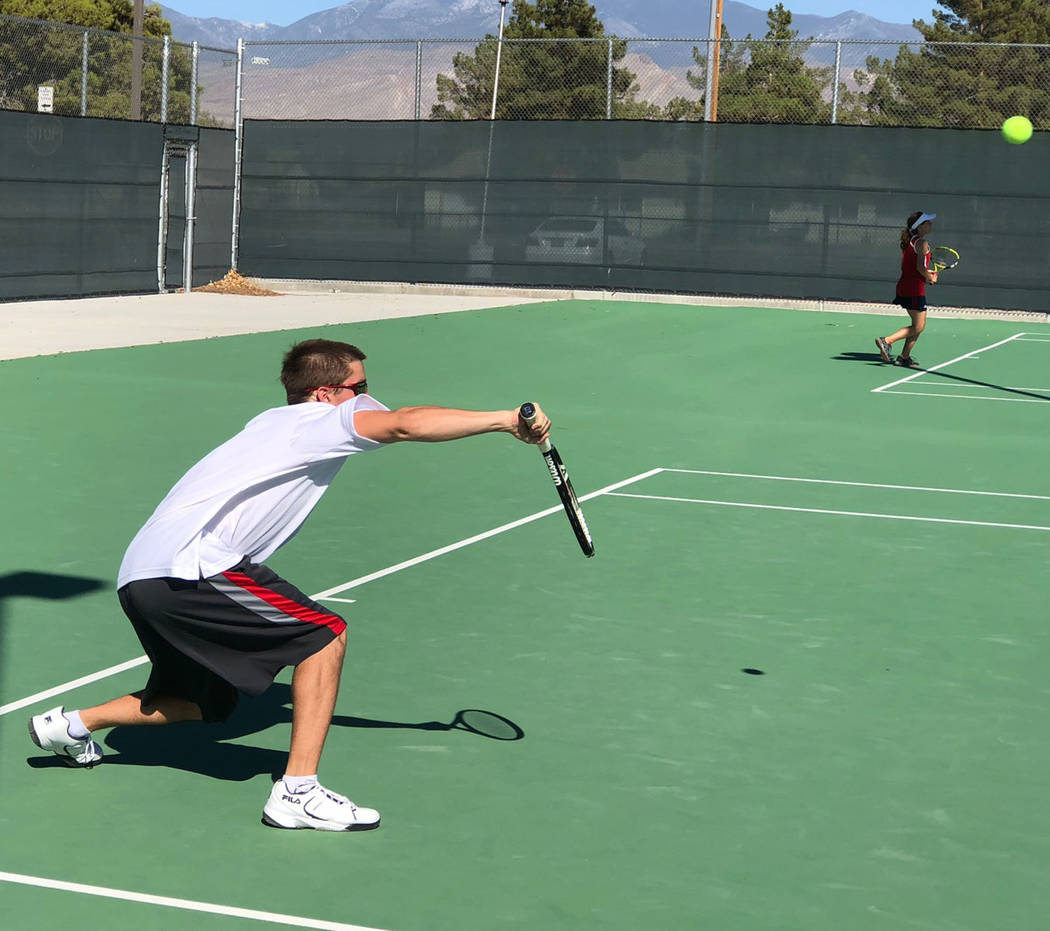 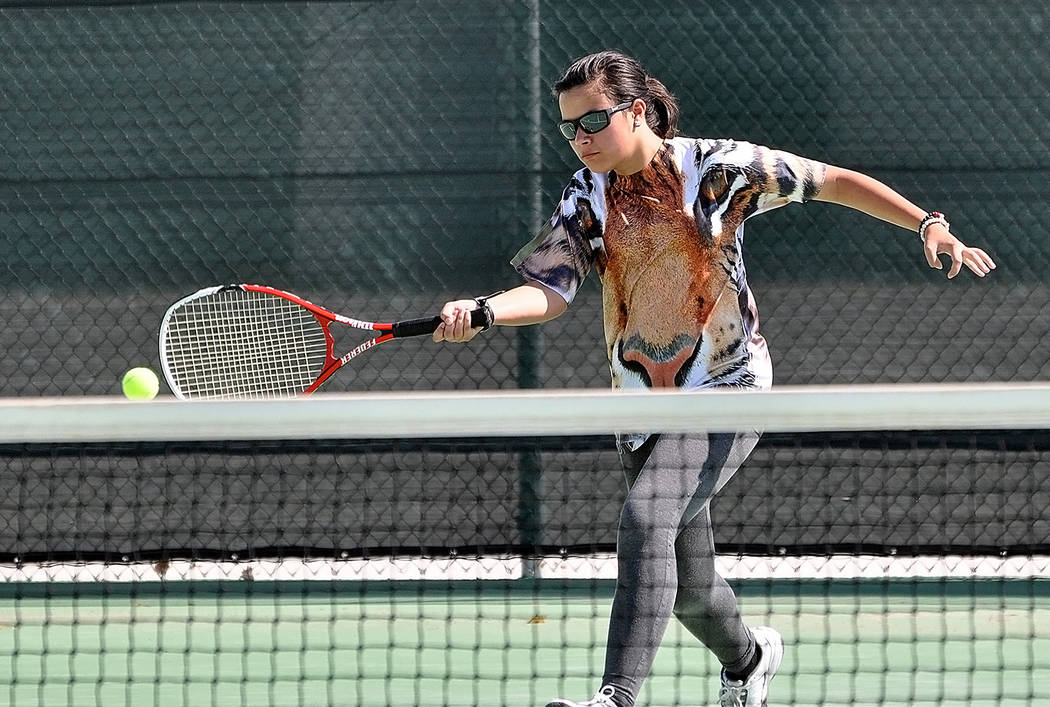 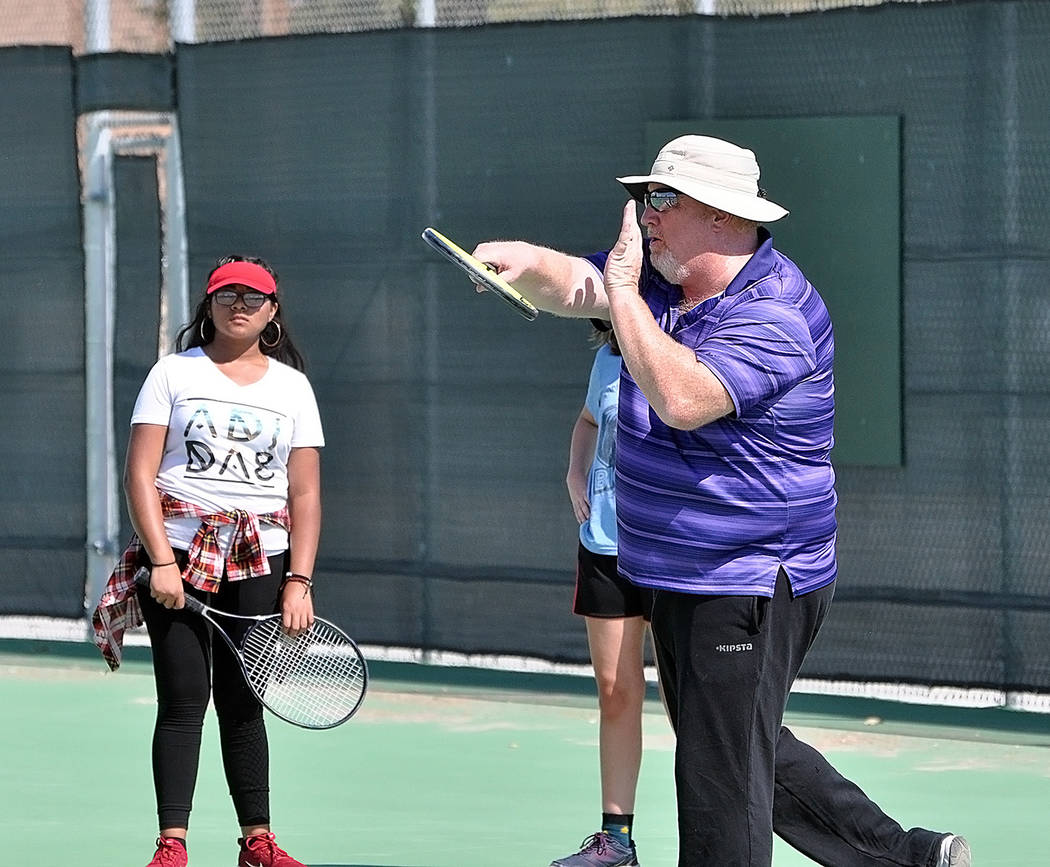 David Yost knew coaching a first-year program would bring some challenges, but even he was surprised when he stepped on the courts with Pahrump Valley High School’s first varsity tennis team.

“I thought some of these kids would know a little more than they did,” Yost said. “Two or three of them had never picked up a racket before. Ever.”

Obviously, wins and losses were not going to be the measuring stick for the Trojans, and it’s especially difficult to win with only one eligible male player on the team. At least the girls usually had a full six-player roster. Even so, being competitive will have to wait.

“They cared about winning,” Yost said. “They wanted to win, but they knew. They could walk out there and they could look at the other team warming up and go, ‘We’re going to get killed, but let’s go out and have some fun anyway. Let’s see what we can do.’”

Yost was hoping that “every single one of them” would include more players than the one boy and six girls he had, but the competition for athletes is tough this time of year.

“We’ve got so many sports in the fall,” he said. “We’ve got football, soccer for both boys and girls, we’ve got volleyball for the girls, we’ve got cross-country. Honestly, tennis should be a spring sport. It’s just too hot. You start in the beginning of August, you start to train, and it’s 105 degrees out there.”

Not being in the Class 3A Southern League also might have discouraged potential players, Yost believes.

“We had no playoffs,” he said. “We were just there to gain experience for two years. We’ll be independent again next year. I think that’s another reason maybe why our numbers were low. Kids realized we can’t play for playoffs or anything, so why should I bother? That could be another factor.”

Of the players that did come out, two had especially strong seasons: Veronica Dela Rosa and Kyler Strickland-Adams. That was to be expected, as Dela Rosa had by far the most tennis experience, and Strickland-Adams had the strongest athletic background.

“Veronica showed improvement,” Yost said of the sophomore. “She was kind of hesitant early because she knew she was head-and-shoulders above the rest of the girls because she had experience.

“Kyler lit it up. He won at least one set in every match we had, and in the last match he swept it 3-0. I’ll never forget the match his shoes wore out on him. The soles of both shoes just kind of fell apart because it was so hot. He literally played two matches with no shoes and just socks on and won both matches. That was hilarious.”

The senior’s competitiveness was obvious in person, and sometimes it showed on the scoreboard.

“Kyler played one tiebreak that was 19-17 or something like that,” Yost recalled. “It was like Wimbledon out there.”

Other players caught Yost’s attention during the Trojans’ debut season.

“Christa (Steele) is very, very athletic, never played tennis in her life, but you can see the athletic ability in her,” he said. “She came in and did really, really well. And Danyelle (Nielsen) and Ashley (Bishop) won a set or two in doubles.”

Strickland-Adams is a senior, but Yost expects most of his other players to return to the tennis team next fall. In fact, he thinks, as news of the team increases, turnout might do the same. He cited his own sports experience as a reason for athletes to try their hand at tennis.

“Because of tennis, I had good hand-eye coordination for hitting a ball,” Yost said. “If you’re going to play another sport like softball or baseball, tennis is the perfect fall sport, not soccer, not volleyball. Tennis is the best thing. You’re running, you’re sprinting. If you’re playing in the field in baseball or softball, you’re sprinting to the ball all the time.

“Once the word gets around that the kids had fun, we could get more out.”