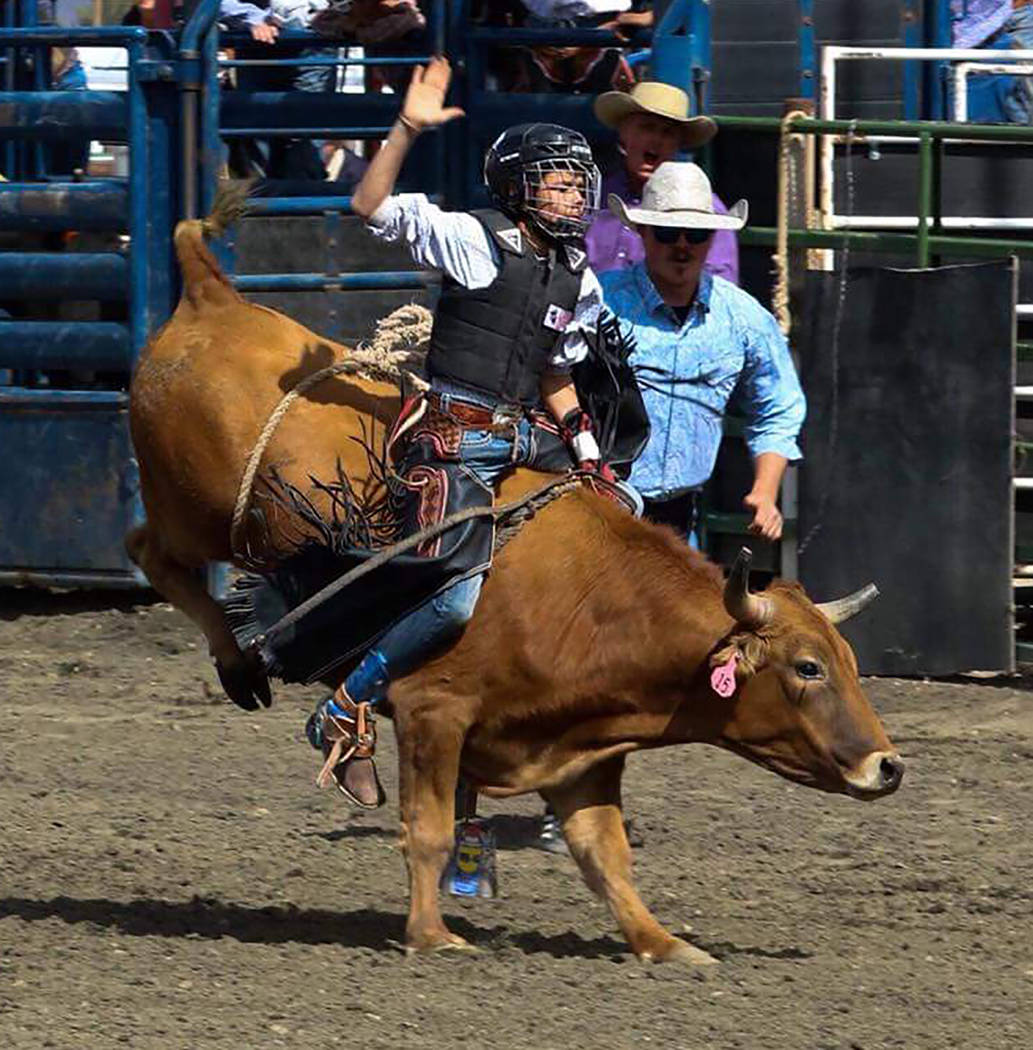 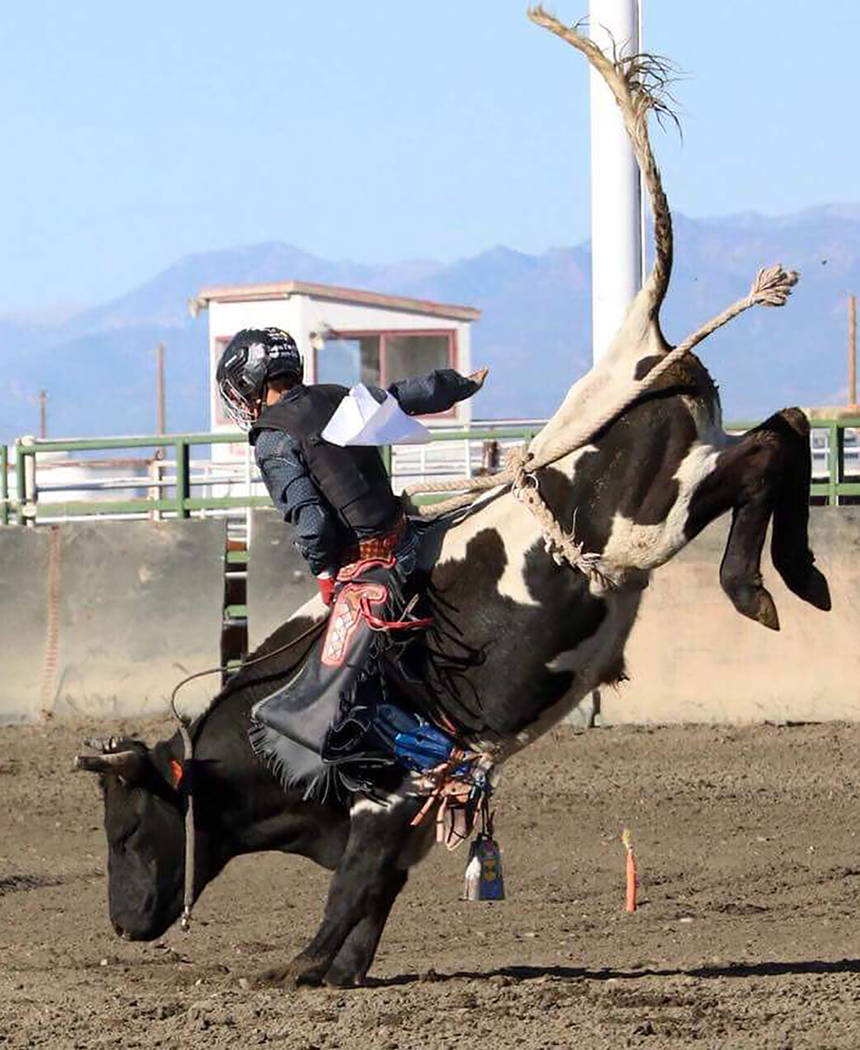 Tye Hardy knows what it’s like to compete in the national rodeo championship. Brandon Mountz is about to find out.

“This year I’ve got two kids going in two events,” Krebs said. “It’s going to be very expensive. We’re going to try and plan a fundraiser for them.”

Hardy and Tyler Bundy of Alamo went into the state finals even in saddle bronc and stayed that way throughout the competition. But bull riding belonged to Hardy all year, and his strong first round all but guaranteed victory. In the end, Hardy finished with 269 points, well ahead of Kyle Henderson of Fernley (152.75) and Chandler Green of Elko County (115.00).

Mountz had a tight race in bull riding, as he had been battling Brenden Webb of Washoe County and Eyer Morrison of Wells all season, and fewer than eight points separated first from third place entering the state finals.

“The first go I didn’t make it,” Mountz explained. “I rode my bull, but I didn’t win the day. The second go I won it with 72 points. Short go, I won that and was state champion because I won two days.

Mountz doesn’t seem worried about performing on a big stage.

“Little bit nervous, not too nervous,” he said. “My dad will go with me.”

His dad, Zack, is how he got started in bull riding.

“Me and my dad would just practice every day, and then we would practice on livestock,” he said. “Then I into the junior high school rodeo, and now I won the state finals.”

“I’m just going to ride my bull, and hopefully I place,” he said. But when pressed, he admits his real goal: “Win, win, win.”

Mountz joining Hardy in national finals is a feather in the cap of the Pahrump Valley rodeo club, which had 15 kids involved during the year and sent seven of them to the state finals.

“Every year we’re getting better,” Krebs said. “Last year we had Tye go to nationals, and this year we’ve got two kids.”

Among the others at the finals were Jakob Feiner, who competed but did not place in team roping, and Kyrstyn Peugh, who competed in barrel racing and pole bending.

“They had fun,” Krebs said. “It was a pretty good rookie year for Jakob. Kyrstyn had a good state and a good senior year.”

Krebs knows help from a lot of people goes into a successful program.

“I would like to thank the Pahrump Chamber of Commerce for sticking by us, the Nye County Commission and Matt Luis and the Town of Pahrump,” Krebs said. “And Pahrump Tourism and lastly, the Pahrump community.”

Krebs also has a new assistant director to help out in Chuck Pasche of Round Mountain.

With a little success and more support, Krebs hopes to expand the membership of the rodeo club. Krebs urges any kids from sixth through 12th grades interested in joining the Pahrump Valley High School Rodeo Club to contact him at 775-277-0064. Public school students and home-schooled students are welcome.