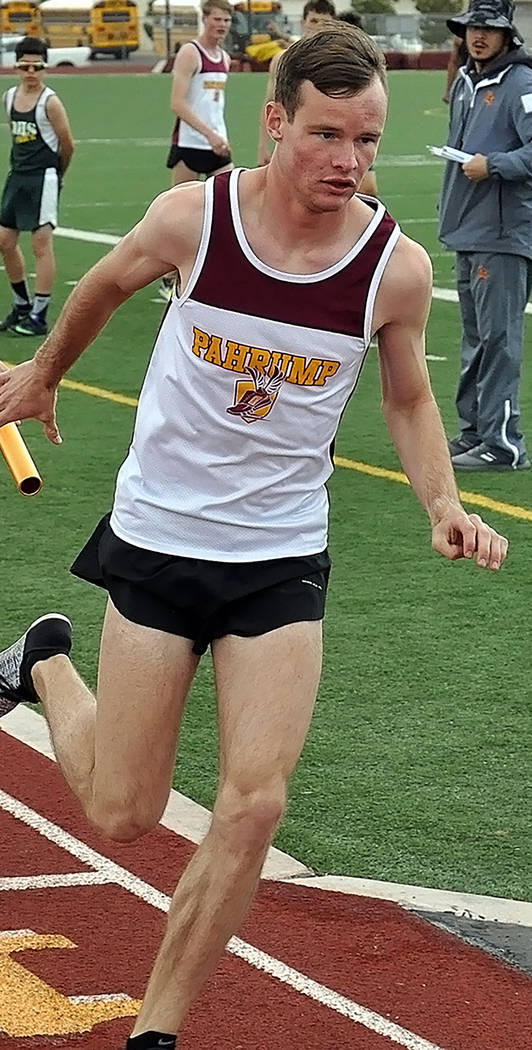 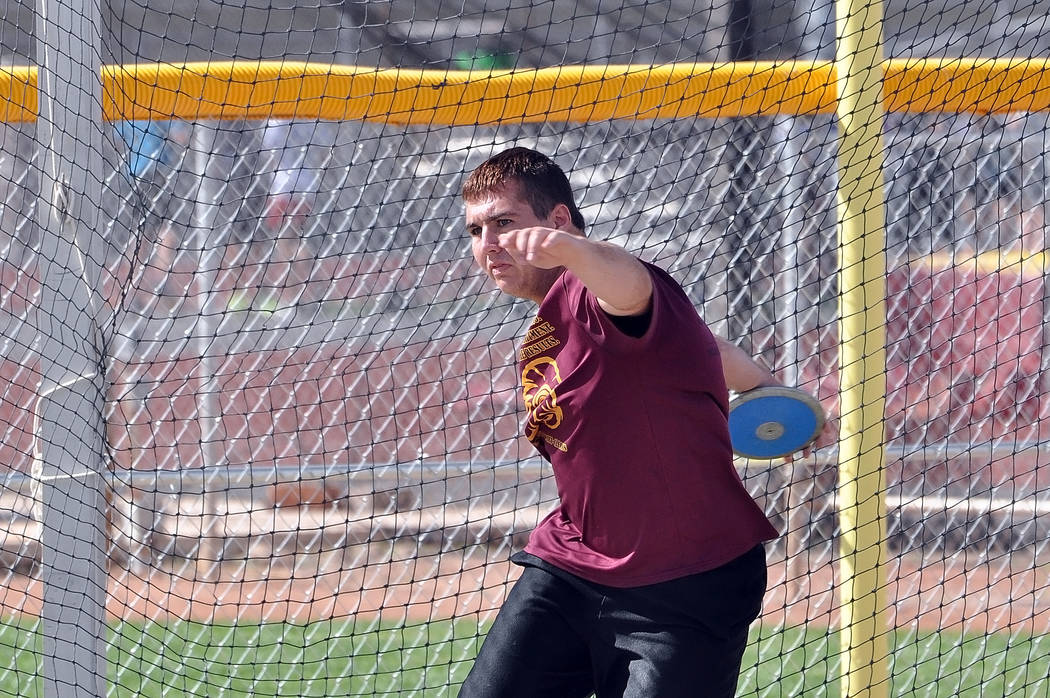 That’s not to say he hadn’t had success at that level. As a junior, he finished second in the 800 meters, second in the 1,600 and fourth in the 3,200 at Foothill High School. He also scored in all three events the year before in Carson City. But the runner who won the Class 3A cross-country title as a junior had not broken the tape at the state meet in the spring.

Add that up, and Bryce Odegard had a hand in 33 of Pahrump Valley’s 78.5 points as the Trojans boys finished third behind Mojave and Desert Pines.

There was a bit of a surprise in the 4 x 800, as the Trojans’ quartet unanimously agreed that their toughest competition would come from 3A Southern Region runner-up Desert Pines. But it was Elko finishing in 8:08.40 to edge Pahrump Valley’s region record-setters by just more than a half-second.

Pahrump Valley’s other state champion was Jeremy Albertson. The senior, who won discus at the 3A Southern Regional meet by more than 35 feet, won the title at the state meet with a throw of 160 feet, 7 inches, improving his second-place throw from a year ago by 14 feet.

Another thrower enjoying a big day was senior Morgan White. On a day when few personal records were recorded, White posted two of them, finishing second in the shot put (47-4.75) and third in the discus (137-1) to provide 14 of the Trojans’ team points.

Two Trojans placed in the high jump, as Chance Farnsworth took third (6-2) and Jacob Sawin tied for fifth with a season-best 5-10. In the pole vault, Grant Odegard finished seventh by clearing 11 feet.

Distance runners also provided the bulk of the points on the girls side as the Trojans tied for 14th with 23 points, a dramatic improvement over the one point they managed a year ago.

Gent and Dennis also teamed with Grace Gundacker and Diamond Sonerholm to put together Pahrump Valley’s top finish of the day, running the 4 x 800 in 10:05.79 to finish fourth. Gundacker also placed eighth in the 400 in 1:04.66.

Elaina Dattillio, who provided the only point for the Trojans last year, added three this year by finishing sixth in the high jump by clearing 4-8. Kylie Stritenberger finished eighth in the shot put with a throw of 32-1.5.

Lowry won the team title with 72 points, followed by Tahoe-Truckee (63) and Sunrise Mountain (58).