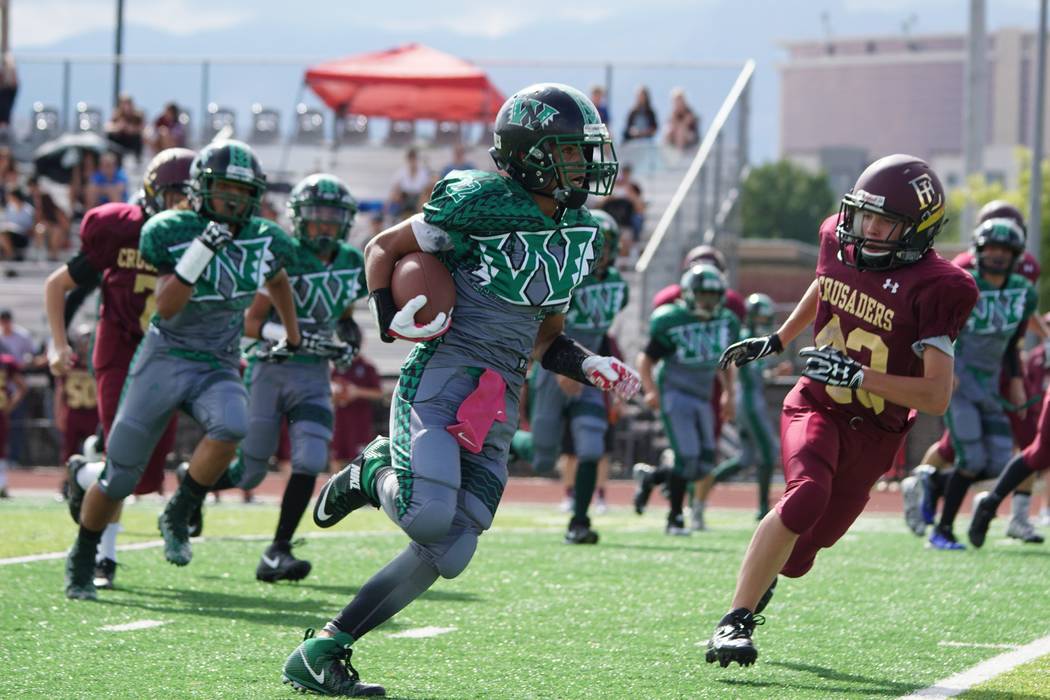 Jay Amaya runs for some big yards for the Pahrump Warriors against Faith Lutheran. The team beat the Warriors 27-0. 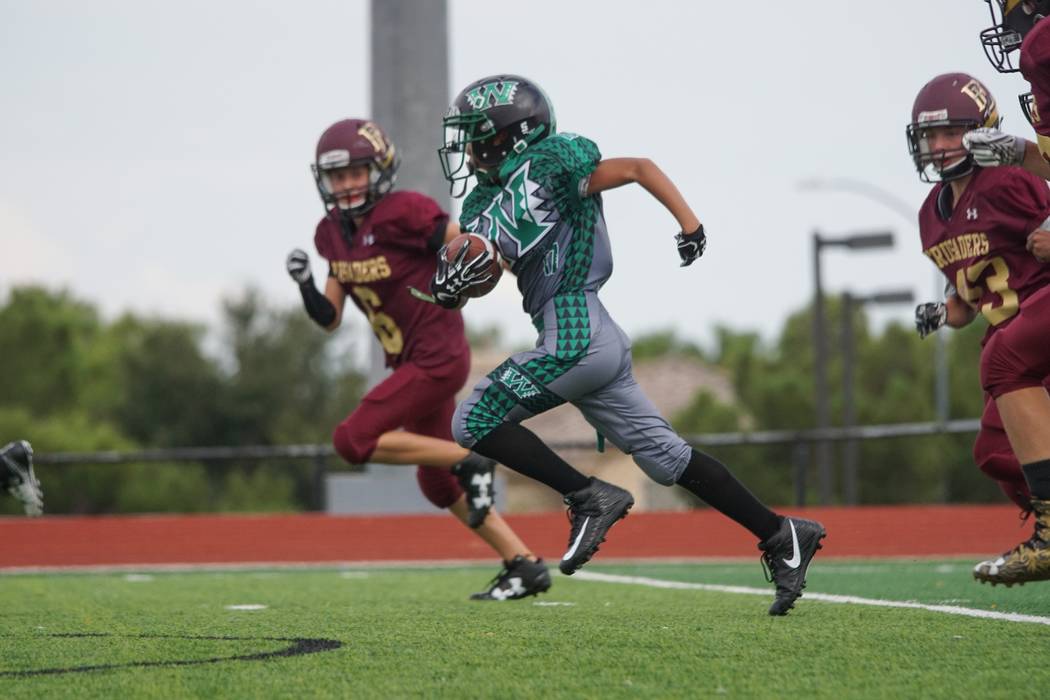 David Cook/Special to the Pahrump Valley Times Makoa Batongbacal, receiver for the Pahrump Warriors, takes the ball down field against the Faith Lutheran Crusaders last weekend in his first game of the season.

Youth football is underway in town and Pahrump has a new 13-and-under team with the National Youth Sports Nevada League out of Las Vegas called the Warriors and coached by Cameron Batongbacal.

All the boys on the team are from Pahrump and play games in town and in Las Vegas. Last weekend the team played Faith Lutheran on the road and beat them 27-0. Jay Amaya had two-rushing touchdowns and an interception on defense. Bryan Martinez also had two-rushing TDs as well.

Our top receivers of the game were Makoa Batongbacal and Peyton Coffman.

“This was our first game ever and it was a good win on the road,” the coach said.