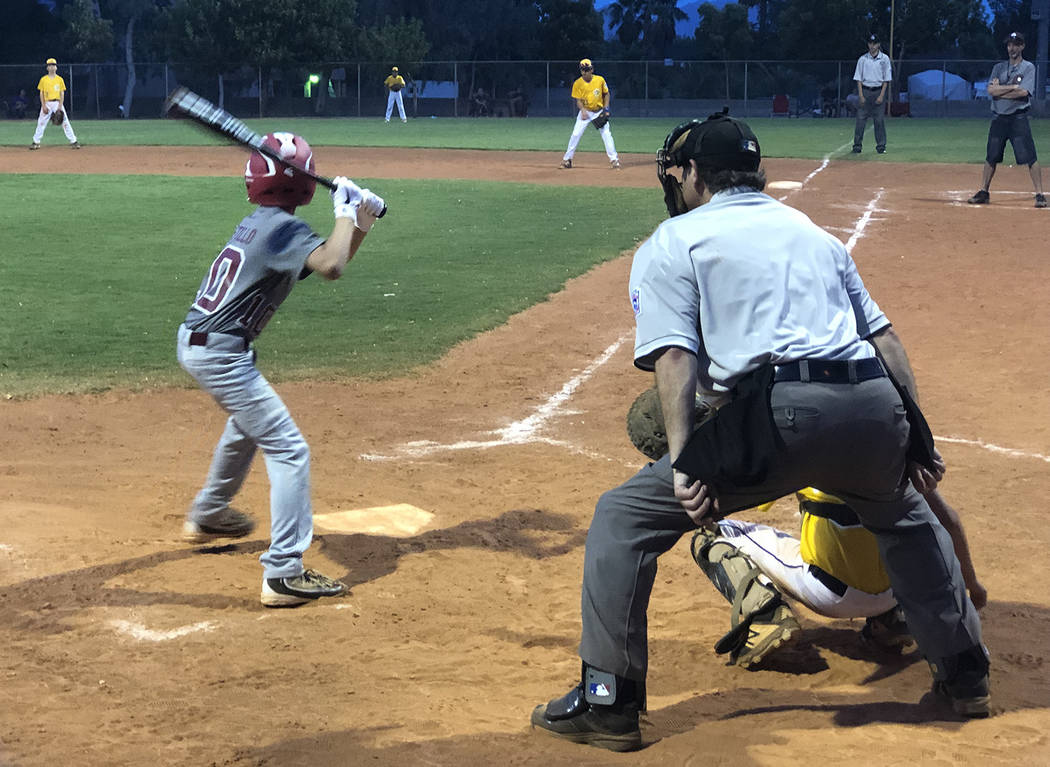 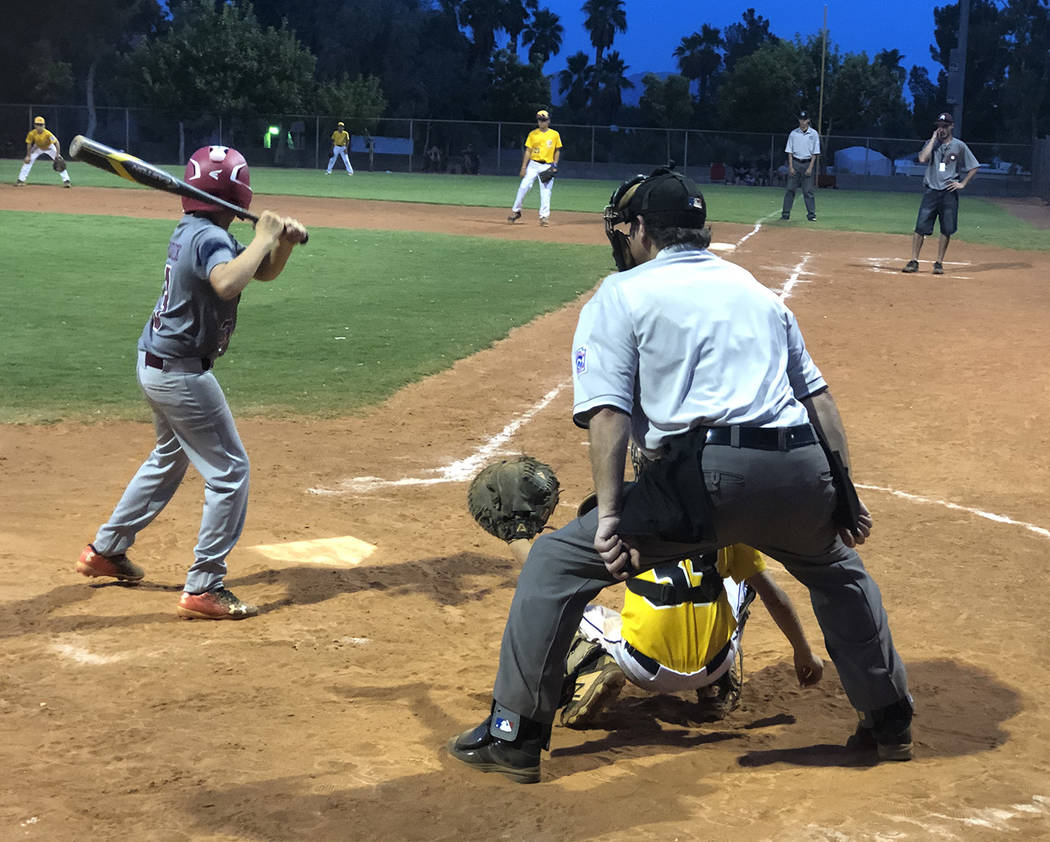 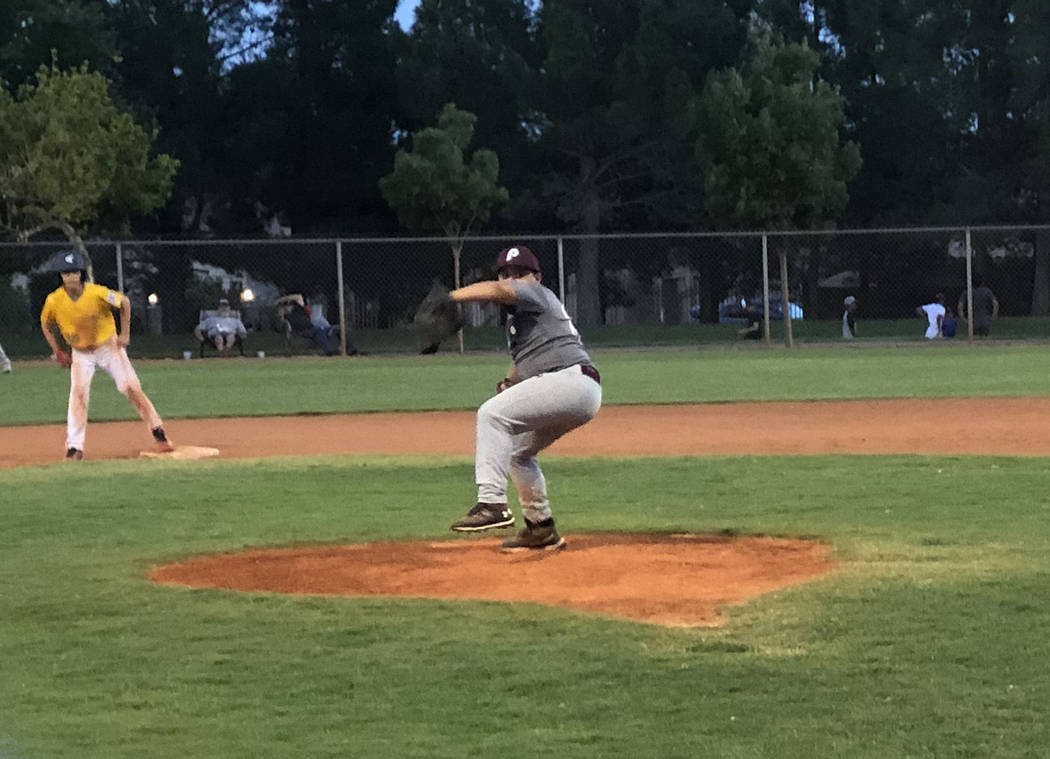 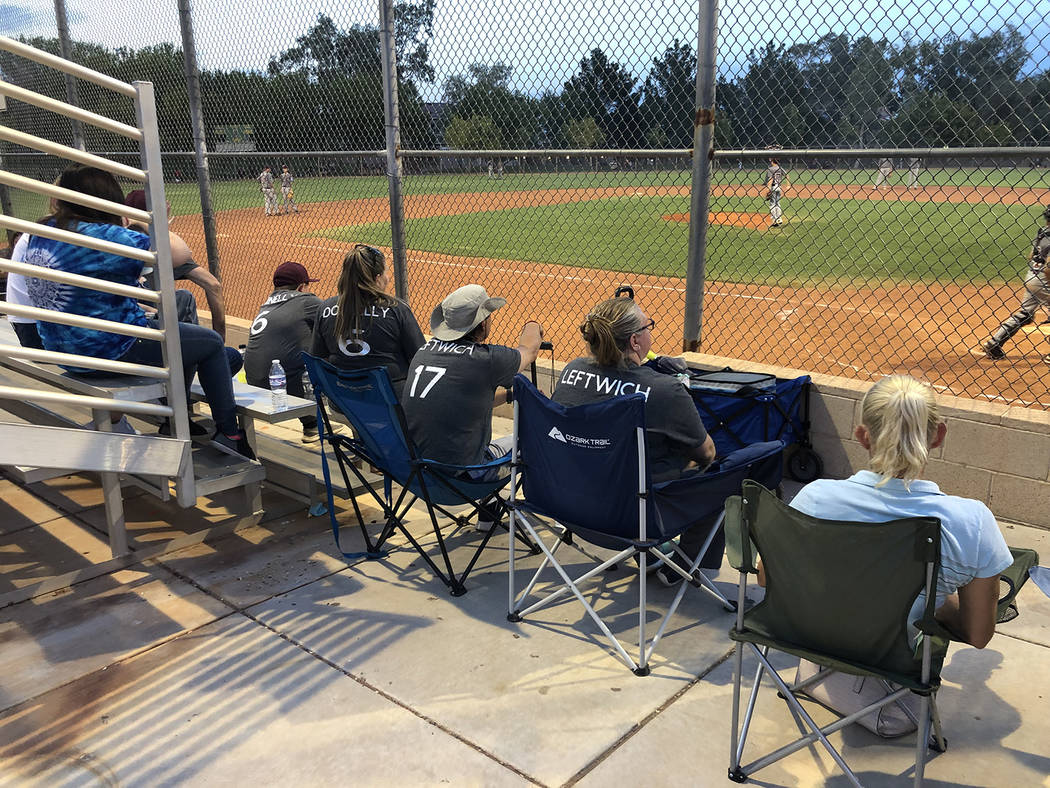 It was a rough weekend for Pahrump baseball teams, as two of them traveled to Las Vegas for postseason tournaments and came back 0-2 in the double-elimination events.

The Connie Mack 18U team took the fourth seed into the state tournament at Faith Lutheran High School and was routed in its opener against the Las Vegas Mustangs, a team the Trojans had defeated 6-4 less than two weeks earlier. This time, they didn’t play close to their best and suffered a 13-0 defeat Friday.

To their credit, the Trojans played significantly better the next day against the Las Vegas Wildcats, but the offense just wasn’t there in a 4-3 defeat in the elimination game.

The Wildcats took a 4-0 lead after three innings before the Trojans chipped away. Kyle McDaniel ripped a two-out RBI double to score Chase McDaniel in the top of the fourth to make it 4-1.

The McDaniels played a role in a two-out rally in the sixth. Chase McDaniel reached on an infield single, Daniel North was hit by a pitch and Kyle McDaniel walked to load the bases for Sterling Oshiro. Oshiro shrugged off two earlier strikeouts and connected for a sharp single to left that scored Chase McDaniel and North to pull Pahrump Valley to within a run.

Chase McDaniel, who came on in relief in the fifth, set the Wildcats down in order on three infield outs in the bottom of the sixth to keep the Trojans within a run, but they wasted a lucky break in the seventh. Coby Tillery led off the inning with a pop fly to short right that fell in for a single, but a strike-him-out, throw-him-out double play erased the runner and let the air out of the Trojans’ balloon. A fly to left ended the game.

On that same day, the Pahrump Valley Little League All-Stars were at Rainbow Family Park in Las Vegas for the District 4 Tournament and quickly found themselves in an early hole against Western.

“We started off a little shaky,” said All-Stars manager Stephen Whitney. “We gave up four runs on walks, and in the second inning we gave up a home run for two more runs, and after that they couldn’t hit the ball.”

While they couldn’t make up the difference, Pahrump Valley was competitive against Western, winding up on the short end of a 7-3 decision.

“Our defense was on, no errors,” Whitney said. “That is very hard to do. There were no throwing errors, no ground ball errors, no fly ball errors, nothing. It was a great ball game but they just came out on top because of the first two innings.”

While there were positives to take out of Saturday’s game, there was nothing of the sort to say about Sunday’s. Facing Lone Mountain, a team that lost 10-9 to Summerlin South on Saturday, in an elimination game, Pahrump Valley ran into a buzz saw, getting smoked 22-0.

Lone Mountain was aggressive from the start, consistently swinging at the first pitch in putting up 5 first-inning runs. They sent 10 batters to the plate and recorded four singles, two doubles and a triple while only facing 16 pitches.

“They love swinging the bat,” Whitney said of Lone Mountain. “They’re going to hit anything they can.”

It just got worse from there, as Lone Mountain hit four singles, two doubles and a home run during a 7-run second. Only an alert play by catcher Kayne Horibe to nail a runner at third trying to take an extra base kept it from being worse, at least for the moment. But Lone Mountain opened the third with two doubles and a single before Pahrump Valley’s pitching wore down.

After not drawing a single walk during the first two big innings, Lone Mountain used five of them during a 10-run third. Five pitchers took the mound for Pahrump Valley, but none had much success slowing down their free-swinging opponents.

Offensively, Pahrump Valley managed three base runners in three innings: Dusty Mundrick drew a two-out walk in the second, Logan Donnelly reached when the third strike — one of eight strikeouts recorded by Lone Mountain — got away from the catcher leading off the third, and Josh Christiansen beat out an infield single two outs later.

On top of that, Whitney said Little League numbers were down in Pahrump this year, from about 200 in 2018 to roughly 150. And that’s not all.

“We are the youngest team out here,” Whitney asserted. “We have more 11-year-olds on this team and a couple of 10-year-olds.”

“Just come out next year and try harder,” Whitney said. “Keep your heads up, come out and play the game. That’s why you guys are here, for the love of the game.

“I could see already they’re putting this hard loss behind them. They’re ready to have some summer fun now.”