Considering what Marvin Caperton usually accomplished at track meets, for him to say he had “epic results” means something special must have happened.

Caperton skipped the Bullhead City/Laughlin Senior Games last month, figuring the competition in Tempe would be stronger. And he was right, citing the presence of Greg Pizza, of Vista, California, whom Caperton said had beaten him three times in pasts meets.

“I thought I would do well there when I saw the times, but there’s usually some ringer that’s going to be there that you never expect,” Caperton said. “As soon as we pull into the stadium, there’s Greg Pizza.”

Caperton conquered both Pizza and some incompetence to win one of his gold medals.

“After I ran the 50, and Pizza was in it, I win, run pretty decent, didn’t have a great start, but I win,” Caperton recalled. “We finished the race and turned around to go back, and they said, ‘Oh guys, we need you to run this again. We didn’t get our clock running properly.’ So we ran it again, and I got a good start that time, so I really got him.

“They did that in a lot of different races because the officials didn’t know how to operate the equipment.”

The prospect of that happening again was unacceptable to Caperton.

Caperton said that was the only complaint he had, saying the facility at Arizona State University was “awesome,” the weather was good and the competition was “very decent.”

Next up for Caperton most likely will be a meet in March, perhaps in Mesquite, but he is enthusiastic about the possibility of running in the World Master Athletics Championships in Toronto. The event, which will run from July 20-Aug. 1, is expected to attract between 7,000 and 9,000 athletes competing in 550 individual events.

“Once you go to that level, the United States Track & Field Association will give you a uniform, sweats, all kinds of little things,” Caperton said “They don’t pay for your trip, but they give you that. It’s pretty cool.”

Helping pay for the trip to Arizona were a group of sponsors, several of whom have supported Caperton in the past.

He has been able to get sponsorship for other events over the years, and the Arizona Senior Olympics was no exception. Caperton thanked Mike Floyd of Green Life Productions, Tim Hafen, Ray Guin from Nevada Realty, Chad Goins with Farmers Insurance and George from Romero’s Bar and Mexican Restaurant for their support.

“I really would like to run internationally, if I can get sponsorship,” he said. 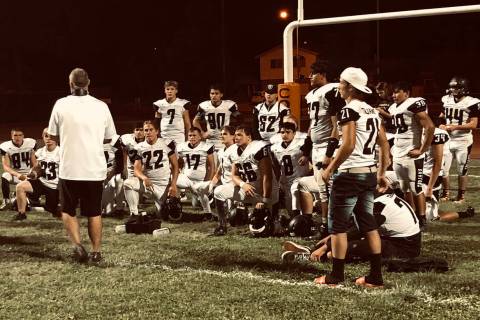 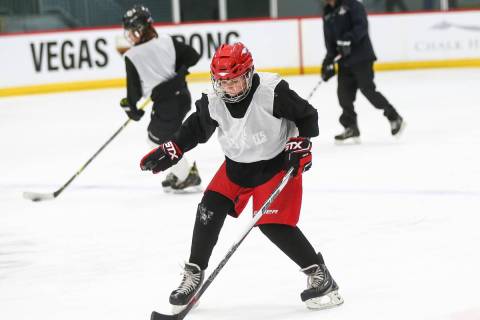