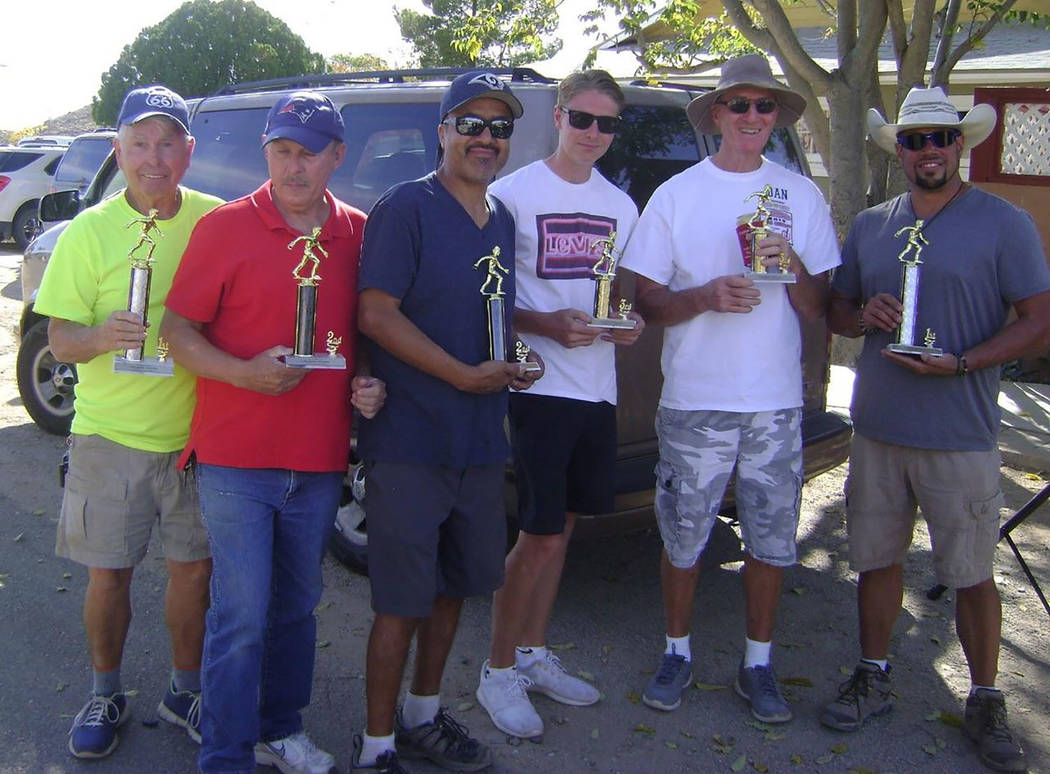 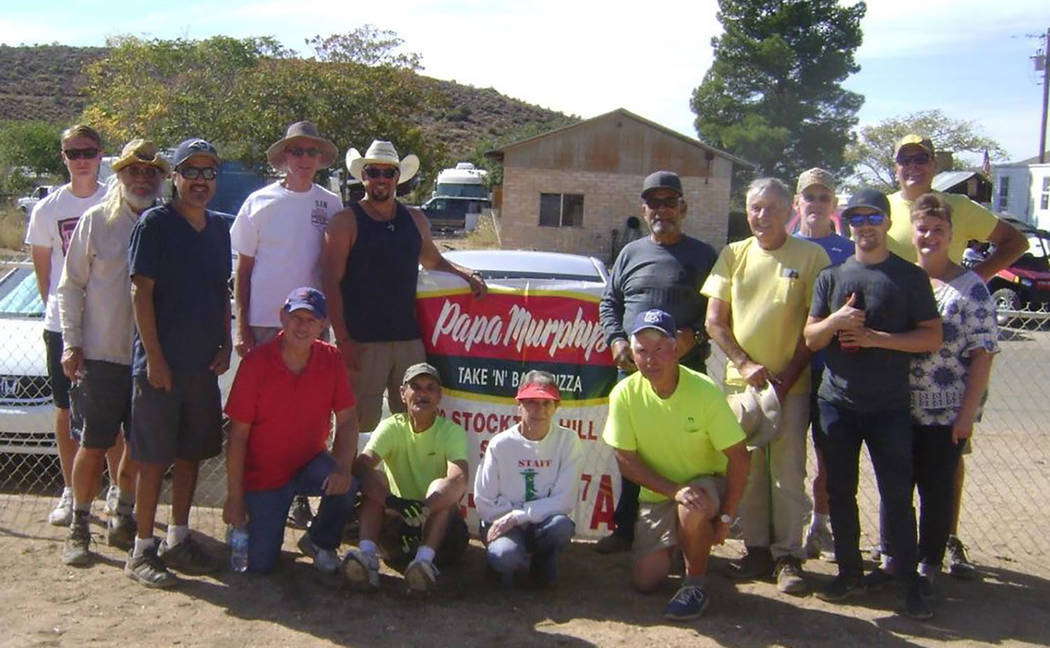 When Lathan Dilger became president of the Nevada Horseshoe Pitchers Association, one of his goals was to expand everything: more tournaments, more sponsors, more pitchers.

Part of that was creating more nonsanctioned events, in which pitchers did not have to be members of the association to participate and win prizes. That was evident last weekend in Chloride, Arizona, as the town’s annual Old Miner’s Day included a horseshoes tournament for the first time, and a Dilger even brought home a trophy.

But it wasn’t Lathan, but son Kasey, who teamed with Dan Dunn of Las Vegas to finish in third place. Kasey Dilger, a senior at Pahrump Valley High School, was pitching in just his third tournament. Tom Aguirre of Golden Valley and Rai Adams of Boulder City won the tournament, with Bob Swain of Bullhead City, Arizona, and Steve Lopez of Kingman, Arizona, placing second.

“We had six teams on two pits, and it went smoothly,” Lathan Dilger said “We had folks from Bullhead City, Golden Valley, Pahrump, Las Vegas and Kingman, along with one from Chloride.”

The tournament had 19 sponsors. “I broke my record of 15,” Dilger said.

Dilger said the Old Miner’s Day organizers already have invited the pitchers back for another tournament next year, but he has another nonsanctioned tournament coming up much sooner.

“My next event is Shoshone Old West Days on Nov. 3 at noon behind the Crowbar Saloon,” Dilger said. “I already have trophies for it and I’m working on raffle prizes.”

Dilger hopes to bring more horseshoes tournament to Nye County next year. He already has said he would like to see an event in Beatty, which has a large number of horseshoes pits near the high school athletic fields, and Round Mountain, where he said he has contacts.

Next up for horseshoes pitchers is the final sanctioned event on the NHPA calendar, the Pahrump Boo Tournament on Saturday. The annual Halloween event will get underway at 9:30 a.m. at Petrack Park, with registration at 9 a.m.