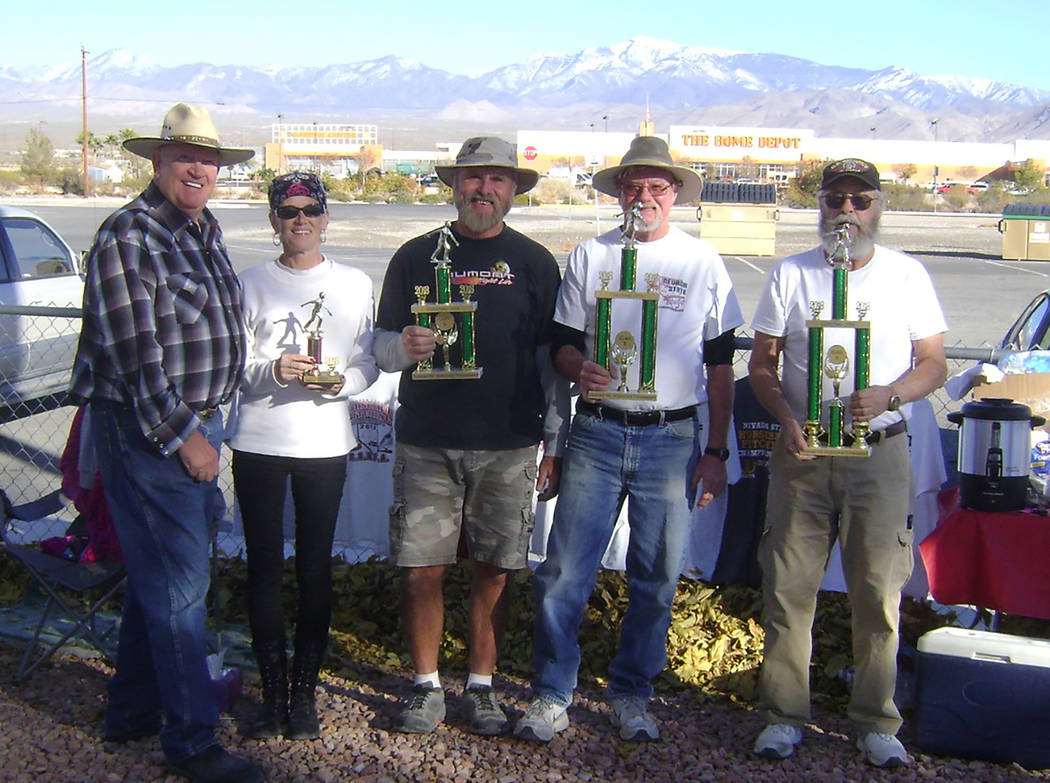 “We had a great turnout, filled all divisions,” said Mike Norton, Nevada State Horseshoe Pitching Association secretary/treasurer and organizer of the tournament in Pahrump.

“Dennis made a last-place trophy for the fun of it,” Norton explained. “He has a unique sense of humor. Rachelle is very proud of it, at least she tried. These nonsanctioned tournaments are not handicapped so she really had no chance, but she pitched very well.”

Divisions are arranged by ringer percentage, allowing pitchers of similar abilities to compete against each other.

“We were blessed with perfect weather, and food was provided for all,” added Norton, who said the tournament also included a celebration of life for Tom McQueen, a former secretary/treasurer of the state association. “He was a wonderful man who really promoted horseshoe pitching.”

Norton said they will be pitching horseshoes at 10 a.m. most Wednesdays and Saturdays at the Petrack Park pits next to the fire station. Those interested may contact Norton for more information at 775-537-0542.