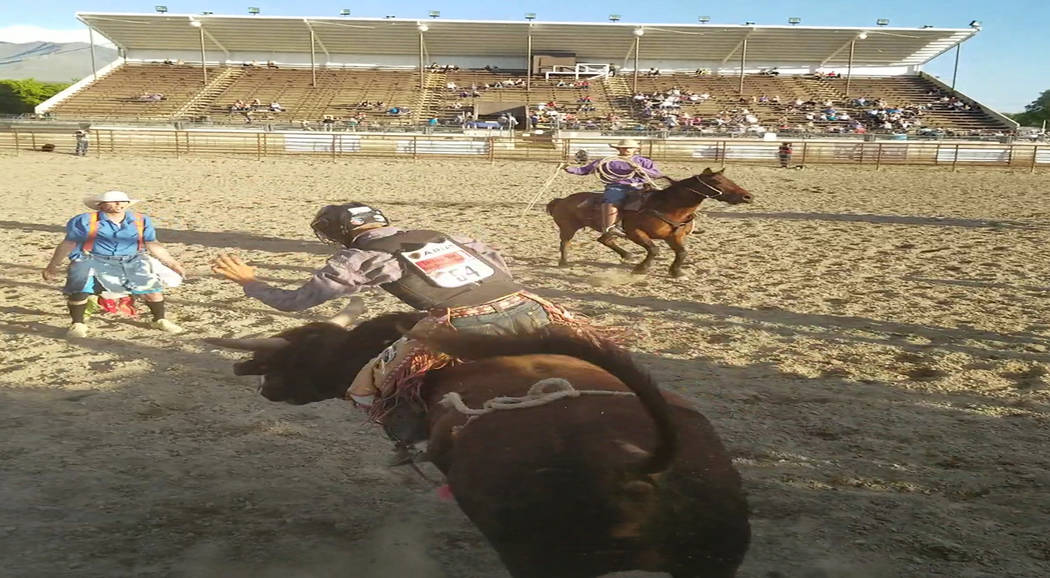 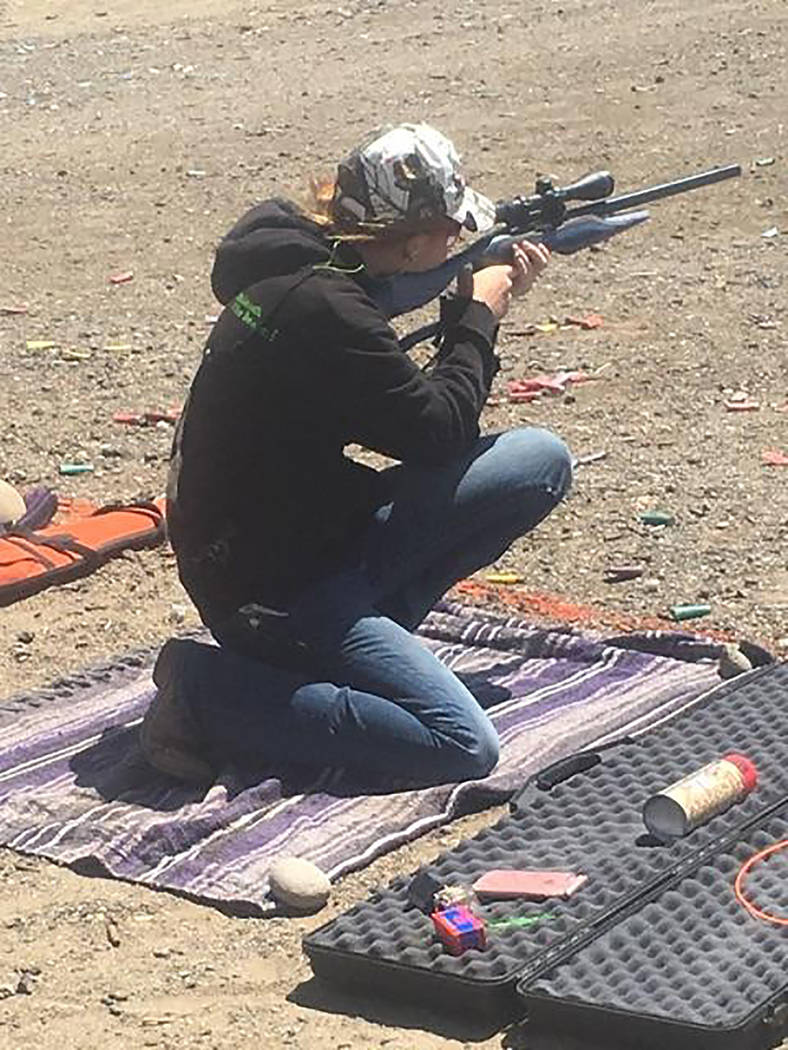 Buddy Krebs/Special to the Pahrump Valley Times Pahrump's Raelean Sutton will compete in trap shooting, rifle shooting and pole bending at the Silver State International Rodeo in July in Winnemucca. 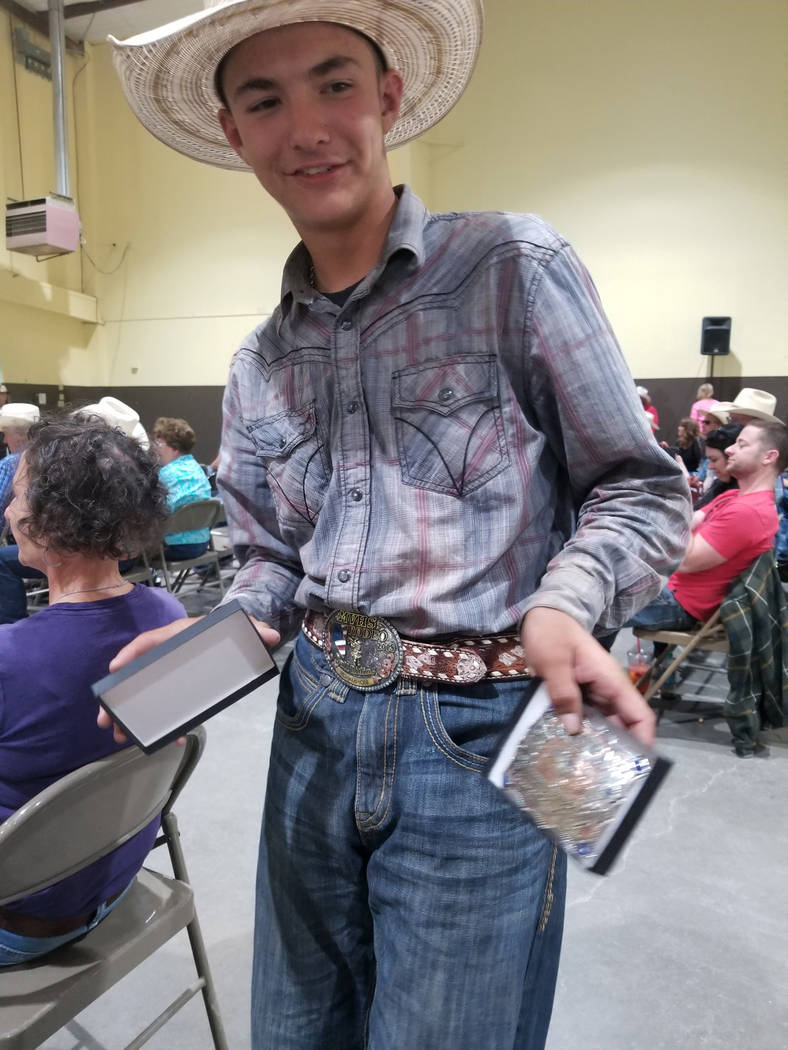 Buddy Krebs/Special to the Pahrump Valley Times Tye Hardy shows off the buckles he brought home from the Nevada High School Rodeo Association state finals. The junior from Pahrump will compete in bull riding and saddle bronc riding at nationals in July in Rock Springs, Wyoming.

Hardy, who already had qualified for nationals in both events, finished in second place in bull riding after the state finals and third in saddle bronc riding. He will compete in both events at the nationals in July in Rock Springs, Wyoming.

Competitors finishing fifth through 15th in the state in their events qualify for that 33-year-old competition, and Sutton made it in trap shooting and rifle shooting and also will compete in pole bending.

“It was a good time, and all the kids had fun and represented Pahrump,” said Buddy Krebs, Pahrump Valley’s rodeo director. “It’s really remarkable, in our first year back, having a kid make it to nationals in bronc riding and bull riding and have another make it to Silver State in trap and .22 and pole bending.”

Krebs is hoping the success of the revived program will lure more competitors out next season. Only a couple are graduating, eight will return and there is an unlimited number of places available for newcomers, he said.

“Next year I think we’re adding three or four junior high kids and at least one or two high school kids,” Krebs said. “We would like more.”