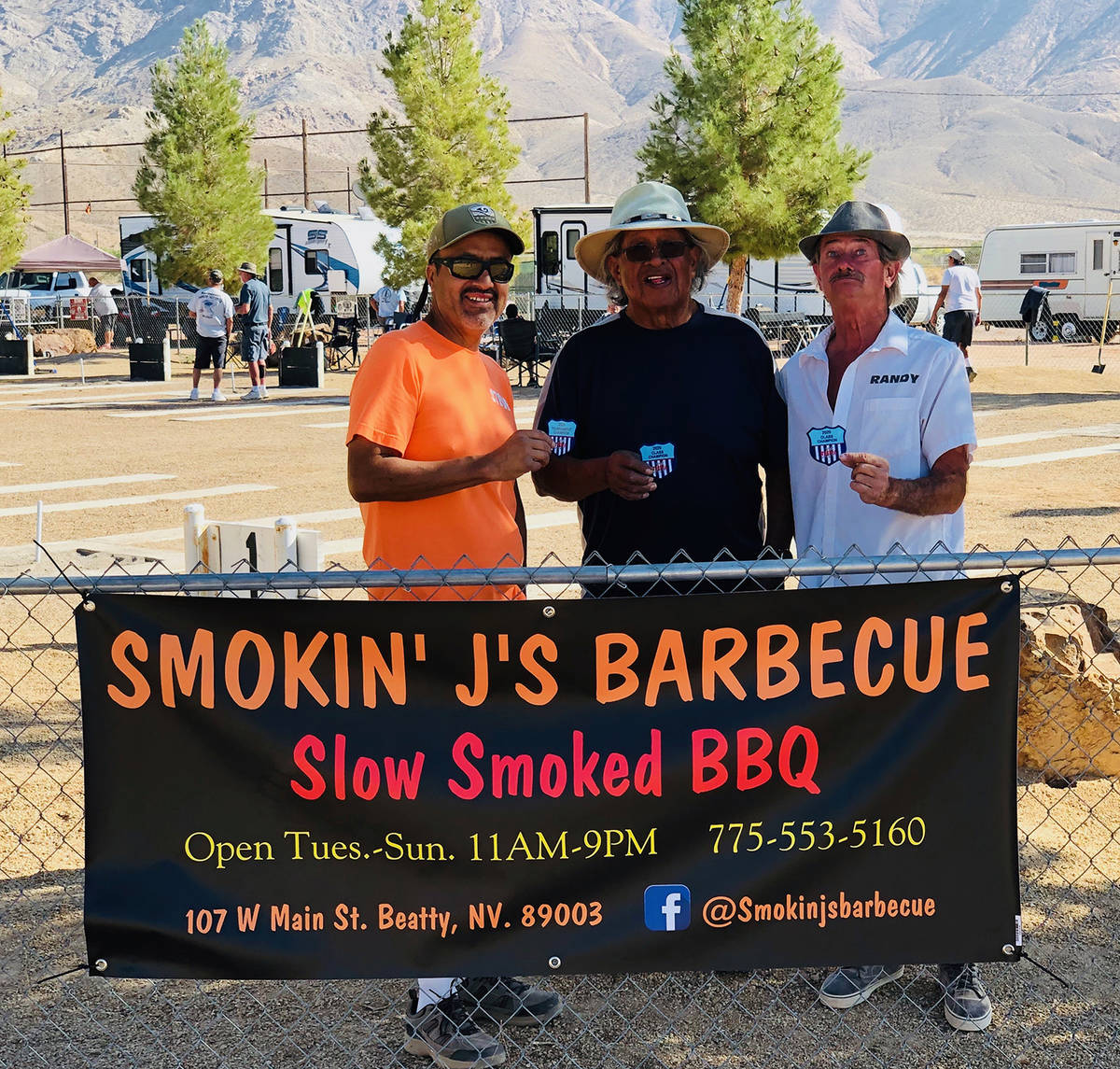 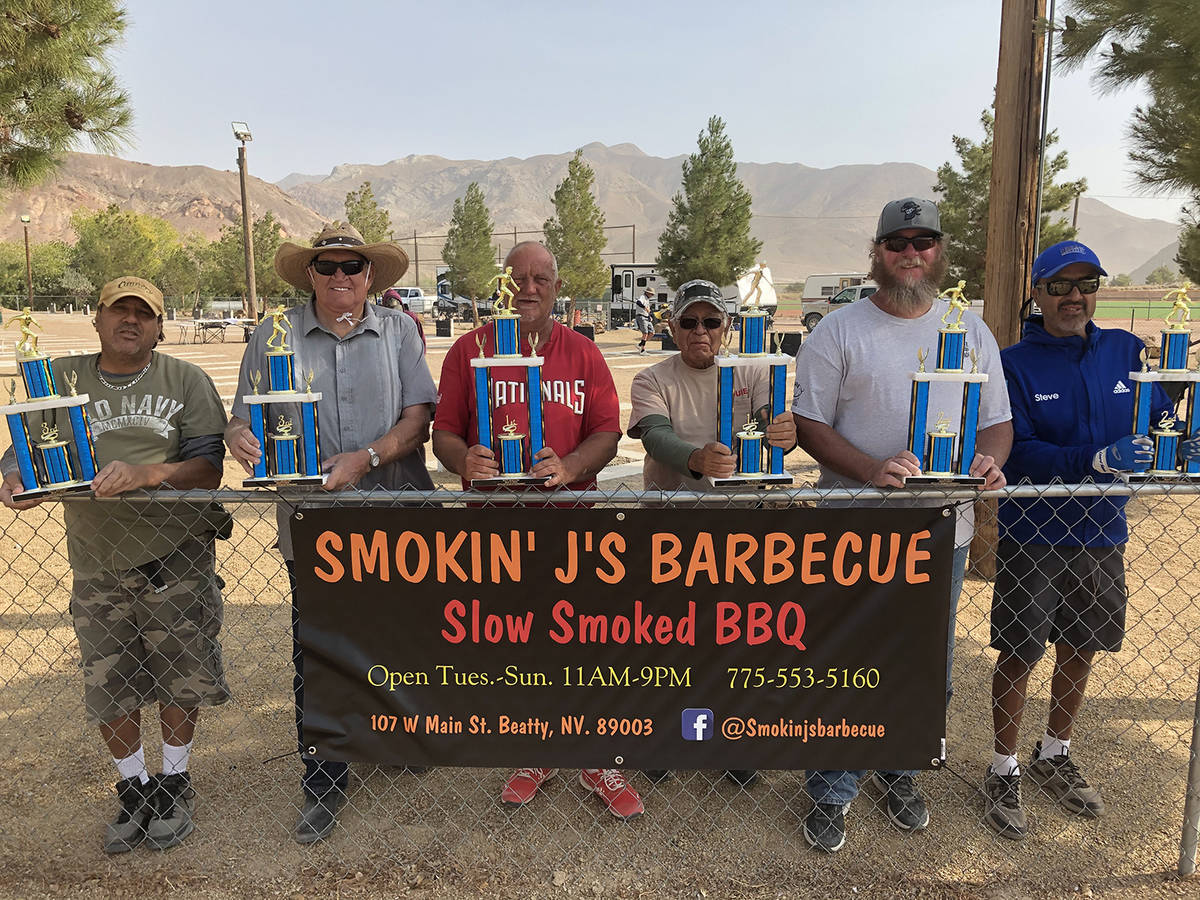 Fifteen pitchers participated in the Beatty Boo, creating three five-player divisions. And Dilger’s note about the wide geographical reach of NSHPA events was evident in that the three divisions were from three different towns.

The tournament champion was Steve Lopez of Kingman, Arizona, who went 3-1 in Group A to finish ahead of three pitchers who each finished 2-2. Lopez, playing with a zero handicap, nailed 104 ringers in his four games, exceeding his entering ringer percentage of 44.33, and finished with 175 points.

Randy Salzwimmer of Pahrump went 4-0 to take the Group C title. The key victory came against runner-up George Mallory, which Salzwimmer won 43-22, posting 15 of his 42 ringers in the game.

Smokin’ J’s BBQ in Beatty sponsored the tournament, said Dilger, providing the trophies for the event.

“We all ate there, and everyone loved it,” Dilger said. “I’d like to thank Benny Sanchez for his great work on the courts, the (Beatty General Improvement District) for letting us play at one of the nicest horseshoes courts in Nevada, all of the motels and hotels for their discounted rooms for players and the town of Beatty.

“We’ll be back next year during Beatty Days.”

Lopez won more than the tournament championship; he also won $65 in the 50/50 drawing held Saturday. Coincidentally, his wife, Kelly, won the 50/50 Sunday, when the Southern Nevada Horseshoe Pitching Association held a doubles tournament, as it often does the day after an NSHPA tournament.

“Mike Dedeic told me the night before the tournament he was going to win first,” Dilger said. “I could see the determination on his face and in his voice, and he did it.”

The winners split $100, while the runners-up shared $70. Dennis Anderson and DJ Zuloaga split $30 for finishing third.

Dilger also thanked Elaina and Joe’s Sanitation for hauling a portable toilet up to Beatty for the tournament.