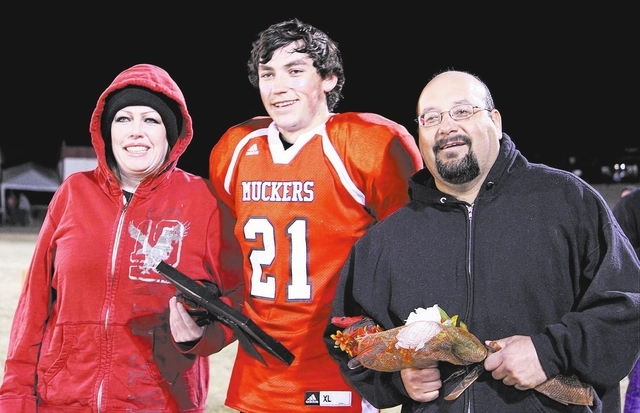 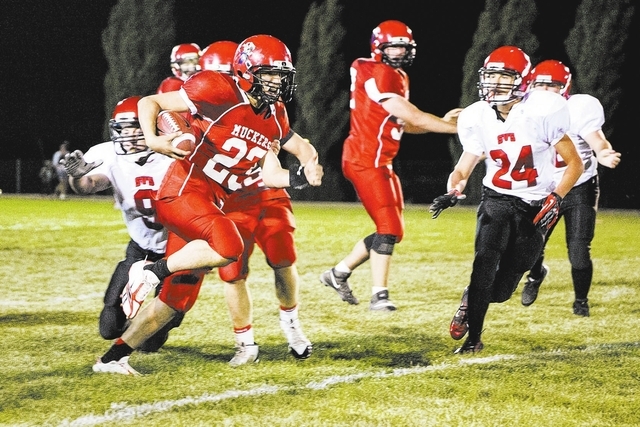 The Muckers faced the best team of the conference for the second time in a week, last week was a regular league game, and this time was playoffs. The Panthers average 237.8-yards rushing per game and 214.2-yards passing per game.

Muckers Coach Duffy Otteson said his team prepared well for the game. The players had an itch to do a good job against Alamo after last week’s big defeat at home (12-72), but they were delivered a hard blow early in the game, when the Panthers just needed 12 seconds to score their first touchdown, by means of Panthers quarterback Tabor Maxwell.

In offense, things did not turn out as expected for the Muckers. The main problem was passing the ball because of the great defensive unit of the Panthers, who made three interceptions in the game, two of them performed by safety Jordan Cryts.

Otteson’s players kept trying to move forward. Tyler Galagos, who did great in the two games against Alamo, made a nice reception of an 18-yard pass from Muckers quarterback Connor Friel. Right after this reception Cryts intercepted the pass on the second down and returned the ball for another Panthers TD.

After the second quarter (46-0), Otteson told his team, “If you could come off the field at the end of the game with a smile on your face. Then, I would know that they tried their hardest and had fun playing football, win or lose.”

Despite the adverse circumstances, Muckers had a never-say-die attitude. Jason Carman got the first and only TD for the Muckers in the third quarter, making the score 54-6.

Otteson recognized that his players had a hard game.

“I think the boys were ready for the game. Our run game and pass game wasn’t as effective as the week before. Alamo did a good job with their boys closing up their zone defense and we didn’t do a good job coming back to the ball. We couldn’t run the ball against them. Their defense reacted fast to the run game and filled gaps quick,” he explained.

Indeed, it was no easy task to deal with a team with stats as outstanding as those of the Panthers. Maxwell completed three TDs, and was 10 of 14 for 258 yards; Cryts rushed for 131 yards, scored two TDs on eight carries and had four extra point conversions and Wade Leavitt added two more touchdowns. This is the tenth win in a row for the Panthers (10-0, 6-0), who will face Spring Mountain in the state semifinals on Nov. 16.

Regardless of these two last defeats, the Muckers’ overall record for the season was decent. Otteson’s team had been through a lot of adversity this season. It has been full of ups and downs and also they had several injuries. The team finished 5-5 overall and in conference 4-2.

“I am very proud of our boys this season. With a very inexperienced team, we played some good football and they were fun to watch. This team went through a lot of ups and downs and always seemed to put something together,” he said proudly.

Otteson wanted to thank the Muckers Touchdown Club and also the parents.

“It was nice to have the parents so involved with our program,” he said.

The Muckers Coach also had some words for his players.

“I also want to say good-bye to another great group of seniors that I watched grow over that last couple years. They will be missed,” Otteson said.