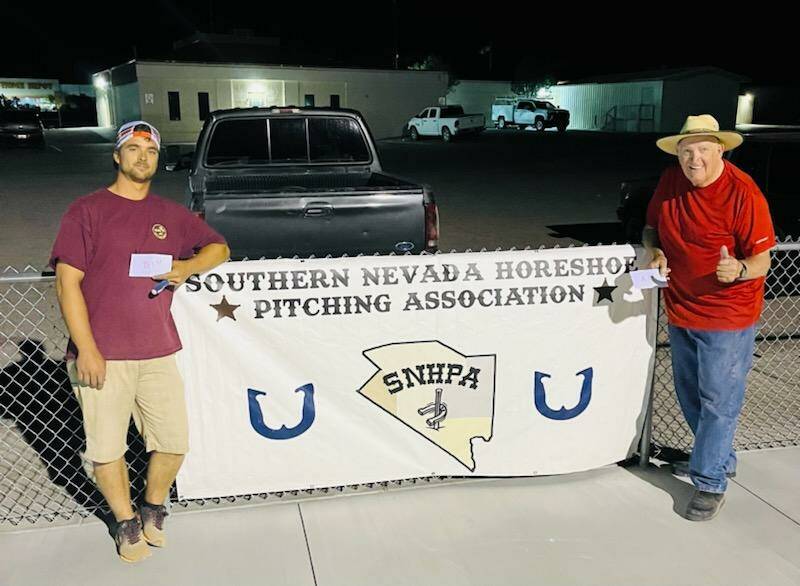 Special to the Pahrump Valley Times Dennis Anderson (right) and Jefferson Counts (left) took home first place in the SNHPA event held at Petrack Park on July 4. They finished the tournament with an undefeated 5-0 record. 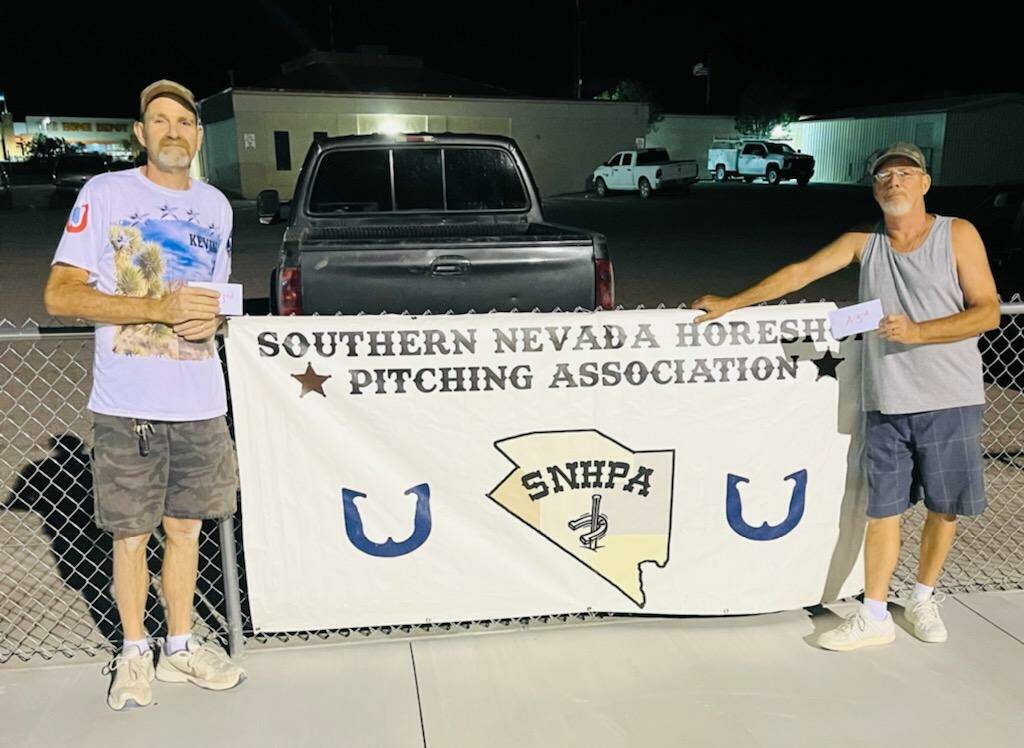 Special to the Pahrump Valley Times Mark Kaczmarek (right) and Kevin Chael (left) finished in third place at the SNHPA event held at Petrack Park on July 4. The two finished the tournament with a 2-2 record. 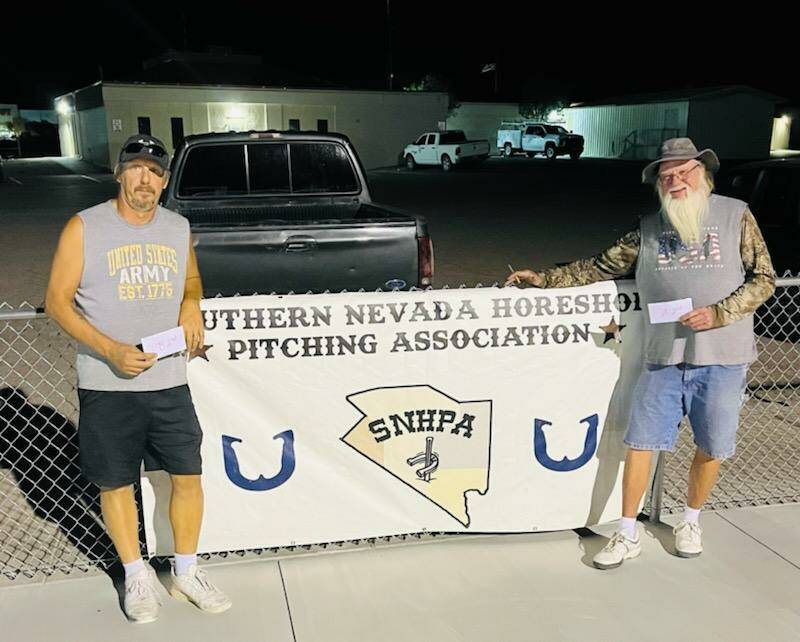 Special to the Pahrump Valley Times Don Brown (right) and Heath Russell (left) came in second place at the SNHPA tournament at Petrack Park on July 4. After losing their first game, the pair rattled off five wins in a row before falling short in the championship matchup. They finished with a record of 5-2 for the tournament.

Petrack Park hosted its first horseshoes event of the season on July 4.

The park’s horseshoes pits were getting renovated and expanded with additional pits since February. Previously, Petrack Park only had nine horseshoes pits, but that number has grown over the last few months to a total of 14 brand new pits.

Each team was made up of a division 1 player and a division 2 player to make sure the teams were as evenly matched as possible. The top three teams each took home a cash prize.

In first place was the team of division 1 player Dennis Anderson and division 2 player Jefferson Counts.

Anderson and Counts went undefeated for the tournament, finishing with an overall record of 5-0.

In second place was the team made up of division 1 player Don Brown and division 2 player Heath Russell.

Despite losing their first-round game in the winners’ bracket, Brown and Russell rallied in the losers’ bracket to win five consecutive games and make it to the championship matchup.

Brown and Russell played the most games of any of the teams in the tournament, finishing with a record of 5-2.

In the third and final prize-winning position was the team of division 1 player Mark Kaczmarek and division 2 player Kevin Chael.

Kaczmarek and Chael started off the tournament strong, winning their first two games of the day. However, tides changed when they ran into Anderson and Counts.

Kaczmarek and Chael lost their final two matchups in a row, including the losers’ bracket championship against Brown and Russell.

They would finish the tournament with an even 2-2 record.

Following the tournament, a 50/50 raffle was held and Heath Russell was declared the winner. He went home with an extra $50 on top of his cash prize from the tournament.

Lathan Dilger, president of the Nevada State Horseshoe Pitching Association, would like to thank the town of Pahrump for building the new horseshoe courts at Petrack Park.

The next horseshoes tournament is Friday, July 9. The Ringer Night Roundup event will be held back at Petrack Park and is set to begin at 6 p.m. All participating pitchers must be signed in before the 6 p.m. start time to play in the tournament.

Following this tournament, the NSHPA and SNHPS will be taking a break until August due to the National Horseshoe Pitching Association World Championships taking place in Monroe, Louisiana. The tournament will begin on Monday, July 11 and will finish on Saturday, July 23.