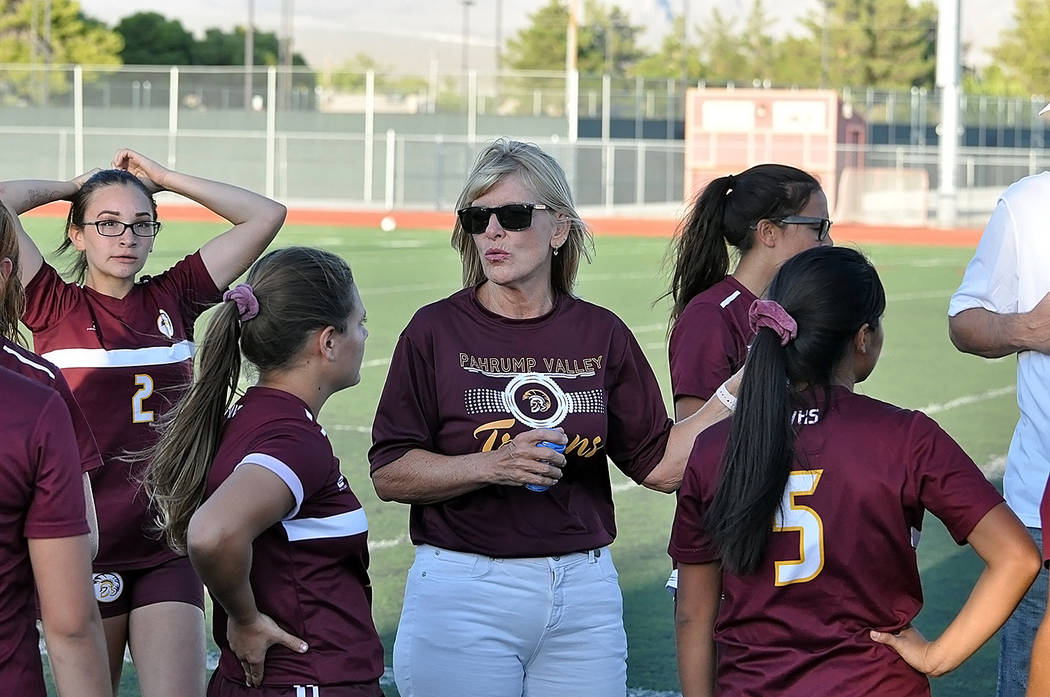 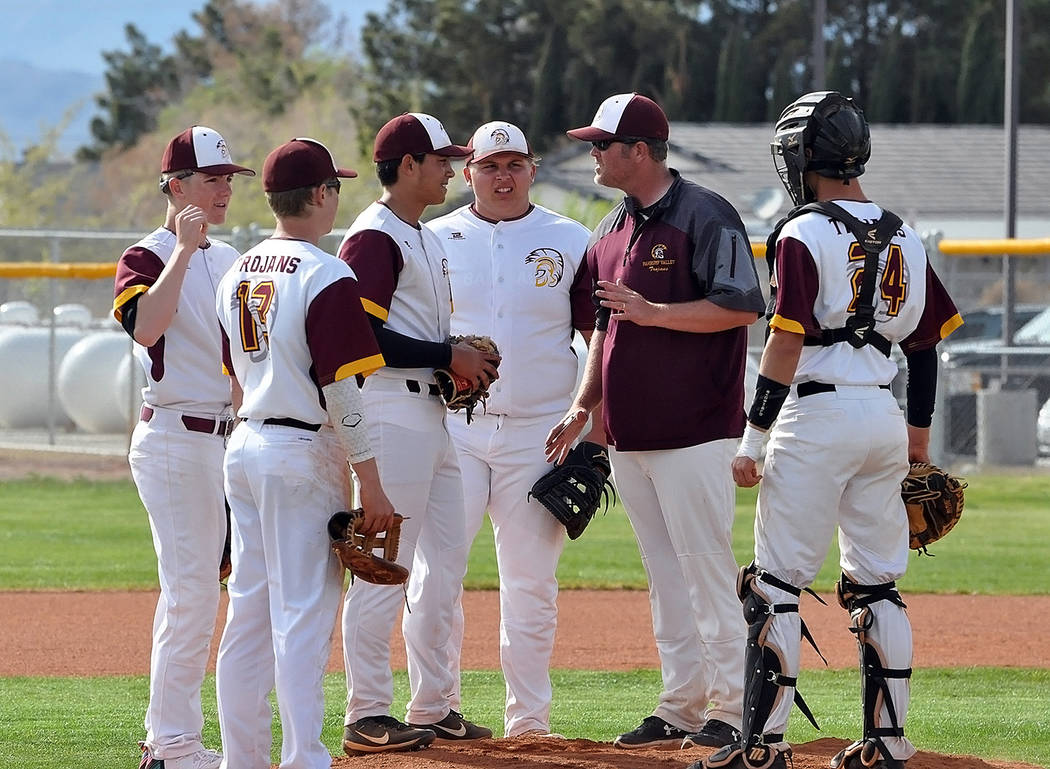 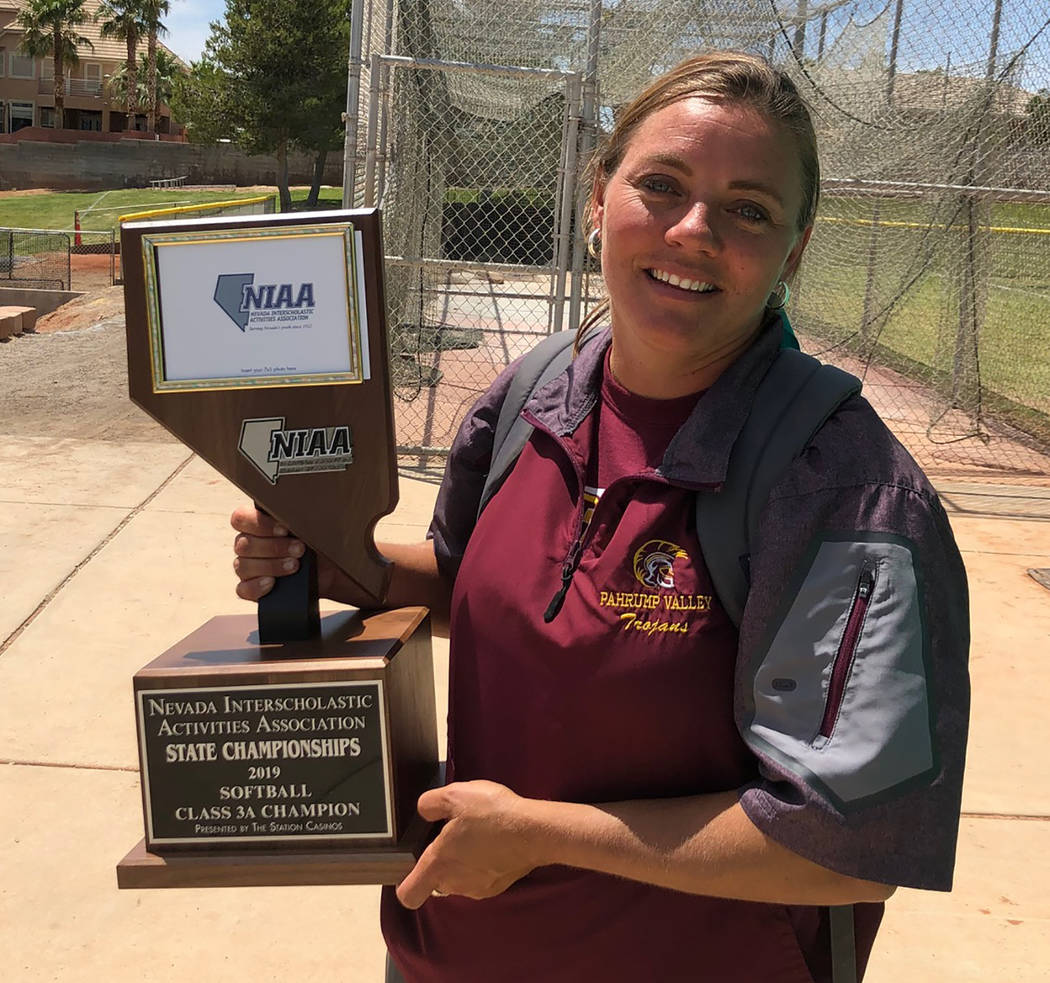 This is the third part of a series taking a look at the impact of club sports on high school athletics.

Baseball, softball and soccer almost always top the list of sports young athletes focus on when they give up others. In Southern Nevada and other warm climates, playing the bat and ball sports 11 months a year is not out of the question. And all over the country, soccer is played in every season on very competitive club teams.

Pahrump Valley High School baseball coach Brian Hayes’ philosophy on players participating in club sports can be boiled down to this: If you focus on the high school team during the spring season, he will support whatever you want to do the rest of the year.

“From our standpoint as coaches, we want kids who are willing to put our program first come the spring season,” Hayes said. “During the offseason, we encourage kids to play elsewhere if the opportunity presents itself for them to play against better competition. That being said, we do provide opportunities in the summer for our players to play against tougher competition in our Connie Mack Summer League. We feel it is better for our high school program when our kids stick around and play together in the summer, but we also understand and accommodate kids who do both.

“Ultimately, during the regular season (February to May) we expect our players to be unselfish and put our team goals and values above their own. We don’t mind if a kid goes on a recruiting visit or even a showcase event on a non-practice or game day, but we would have an issue if it happened on a practice or game day. Luckily for us, it hasn’t happened yet.”

Julie Carrington, who as Pahrump Valley’s girls soccer coach has coached several players who have played for club teams in Las Vegas, including her daughter, Kaitlyn, puts it much more simply: “Don’t interfere with my soccer season!”

Softball coach Cassondra Lauver starts from a similar viewpoint but veers away when it comes to players whose top sport is not softball.

“It would not be acceptable for a player to bail on multiple practices and/or games to attend soccer practices/tournaments, etc., but if her dream is to pursue a future in soccer, I would absolutely support her in that endeavor,” she said. “If that means that she has to leave early once or twice, or potentially miss a game occasionally, I would be fine with that, as long as the lines of communication are open.

“Communicating openly and honestly with coaches and teammates, I believe, builds respect among players and creates a giant support system for that athlete. I think there is a misconception that if athletes don’t make the in-season sport they are playing a priority that they are somehow letting their team down. I honestly believe that if you build depth within your team, if/when a club-sport player needs to be absent, another player earns the opportunity to become a key contributor on that team.”

Lauver has a hierarchy for conflicts between club and school sports, and again she is more lenient toward young athletes who try to multitask during a single season.

“We have had players who we required to skip our conditioning practice because they had already conditioned with their other sports team earlier in the day,” she said. “Additionally, we have discussed a ‘fair and reasonable’ accommodation being a setting where a school practice was more important than a club-sport practice, a club-sport game would be more valuable than a school-based practice, and a school-scheduled game would override a club-sport game.”

“Obviously games come first. and if it’s a nonschool sport, the school sport is the priority,” former PVHS athletic director Larry Goins said. “I’ve never had people on my coaching staff that weren’t willing to sit down and figure that out.”

A firm believer in anticipating conflicts before they happen, Goins wonders why there is a need to play a sport 12 months out of the year, not from the athlete’s perspective, but from the league’s perspective.

“I’m not a big soccer fan, but the thing that I do like about it is kids love to play soccer,” he said. “But why does soccer think they need to run year-round? They’re at least 11 months out of the year, if not more.”

“I don’t know why soccer goes year-round,” Carrington said. “That’s a good question. I used to do it year-round, and I stopped coaching in the spring because of my job and I didn’t want to keep coaching my child because she needed that separation.”

The problem is, that to be taken seriously on the club scene in some sports, there isn’t much of an offseason. And if there isn’t much of an offseason, that means little time left to pursue other athletic endeavors. It’s not impossible; quite a few kids have gone to a practice or game after school, then made the trip to Las Vegas for another practice or game. But that’s not a good formula for all kinds of reasons, and such players tend to give up something along the way.

“The biggest issue I see with sport specialization is the kids who think playing more is going to get them better,” Hayes said. “Although playing against tougher competition is going to make one better at his or her sport, it’s the practice time and skill development that is the true reason for an athlete’s success.

“We have had quite a few kids in our program who have focused on just baseball. We are OK with that. We have kids that play multiple sports. We are OK with that as well. If playing on a fall team, we do try to talk to them about the importance of finding a program that emphasizes skill development, rather than winning pointless tournaments or showcase events. As coaches, we can see the kids who are in a program that focuses on development rather than just playing the game.”

From a selfish standpoint, what Hayes is saying could be seen as, “Make my player better, and I will support him playing for you.” But more importantly, he is looking out for the kid’s best interest. Some club teams are factories the same way some “high schools” are basically basketball franchises with a classroom next to the gym. Players are cogs in the machine and can be chewed up and spit out if they do not maintain a high level of play, whether or not the coaching they get is likely to help them as individual players.

Hayes has another issue with club sports, one which will vary from kid to kid.

“One of the things that we offer at the high school level that is lost in club sports is the opportunity for our kids to work together as a team to achieve goals,” Hayes asserted. “Club sports are more of a ‘me’ mentality. Players are working on their skills and trying to showcase their own individual talent to gain something for themselves. For the high-level athlete who has the ability to play at the highest level after high school, this may be their best option.”

Carrington said that it’s up to her to deal with the “me” issue, if it arises.

“I can see how that can happen, but the coach has to kind of watch that, too,” she said. “Could it happen? Yes. Has it? Probably. But we just try to work with it. If you can’t train that player to help you, you’re not going to win anyway. Say, if you think you’re better than her, then you’ve got to be training that person to get better. It’s a team sport. Train them to know what you know. Can you share that knowledge?”

Sharing knowledge is one of the pluses of having players with club experience, Carrington said.

“Playing for different coaches, if you like a drill, bring it to me and let’s do it,” she said, singling out Faith Lutheran coach Bob Chinn, who has 25 years of coaching experience at multiple levels. “I’ll call drills by coaches’ names. Bob (Chinn) from Faith Lutheran — I can’t say enough about him — used to come out when Kaitlyn was on (American Youth Soccer Organization) all-stars and come out once a week and teach me things. So we call it Bob’s Drill.”

That concept brings club soccer training methods to the high school team, where players not good enough or lacking the desire to play on the club circuit can get a taste of what is offered there. And there is no doubt that the ability to train with high-level coaches is one of the appeals of the club sports scene.

“We feel like we have put together a solid enough program that offers some of the same up-to-date training that club coaches offer,” Hayes counters. “We are constantly looking for new ways to improve our program and strongly emphasize fundamentals, which are necessary for success at not only the high school level, but the collegiate level.”

Of course, the vast majority of high school athletes will not compete at the college level, and the social distance between stars and scrubs which sometimes crops up can be magnified when a few of the stars play on a more competitive level than the Sunset League.

“The role of a teammate is very important,” Lauver said. “Teammates should support each other, work hard for each other and push each other to become better athletes. I also feel that a successful athletic program builds depth within their program. That is to say, it is foolish to rely on one star player to lead a team to victory. Starting positions should be consistently fought for through hard work, dedication, athletic ability and sportsmanship.

“With that being said, members of a team are also individual human beings. Teammates are meant to encourage each other on the field or court and off. So, if a teammate is passionate about another aspect of their life, be it another sport or otherwise, teammates should be supportive of opportunities that present themselves to that athlete.”

Next week: Decisions and what goes into them, and how coaches who are also parents try to help their kids.