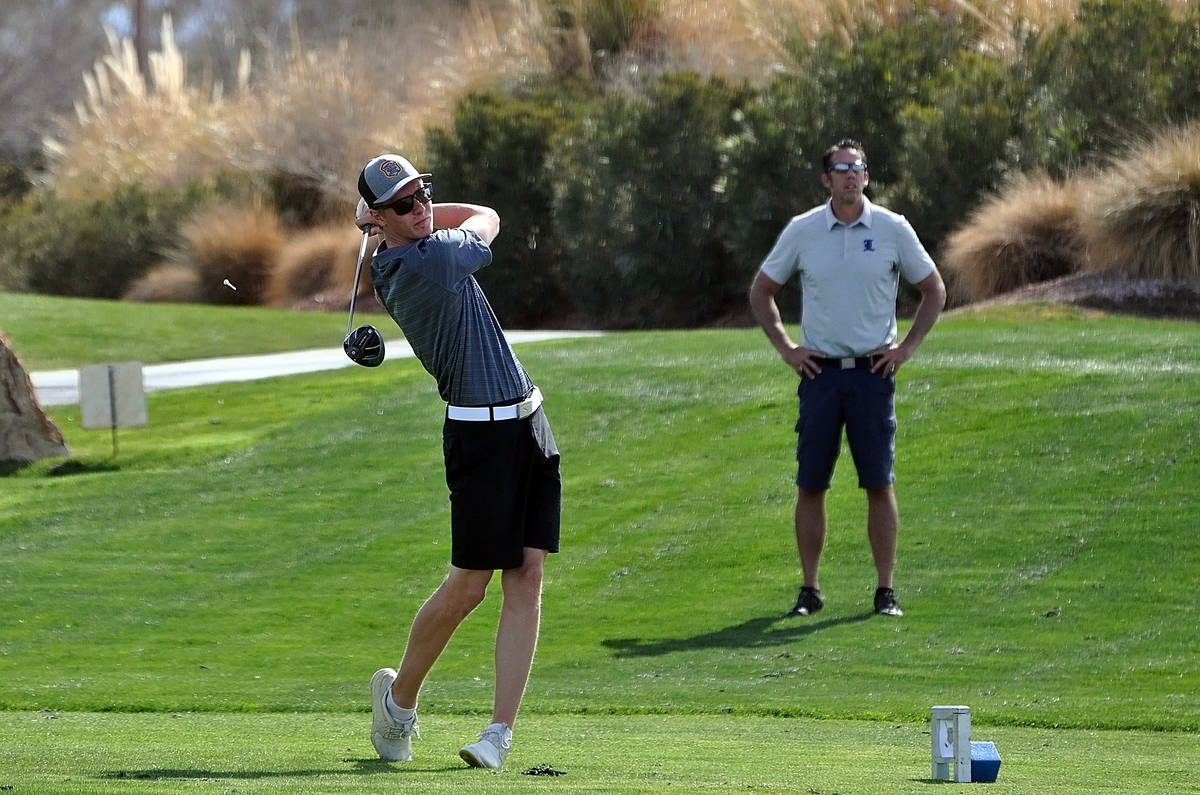 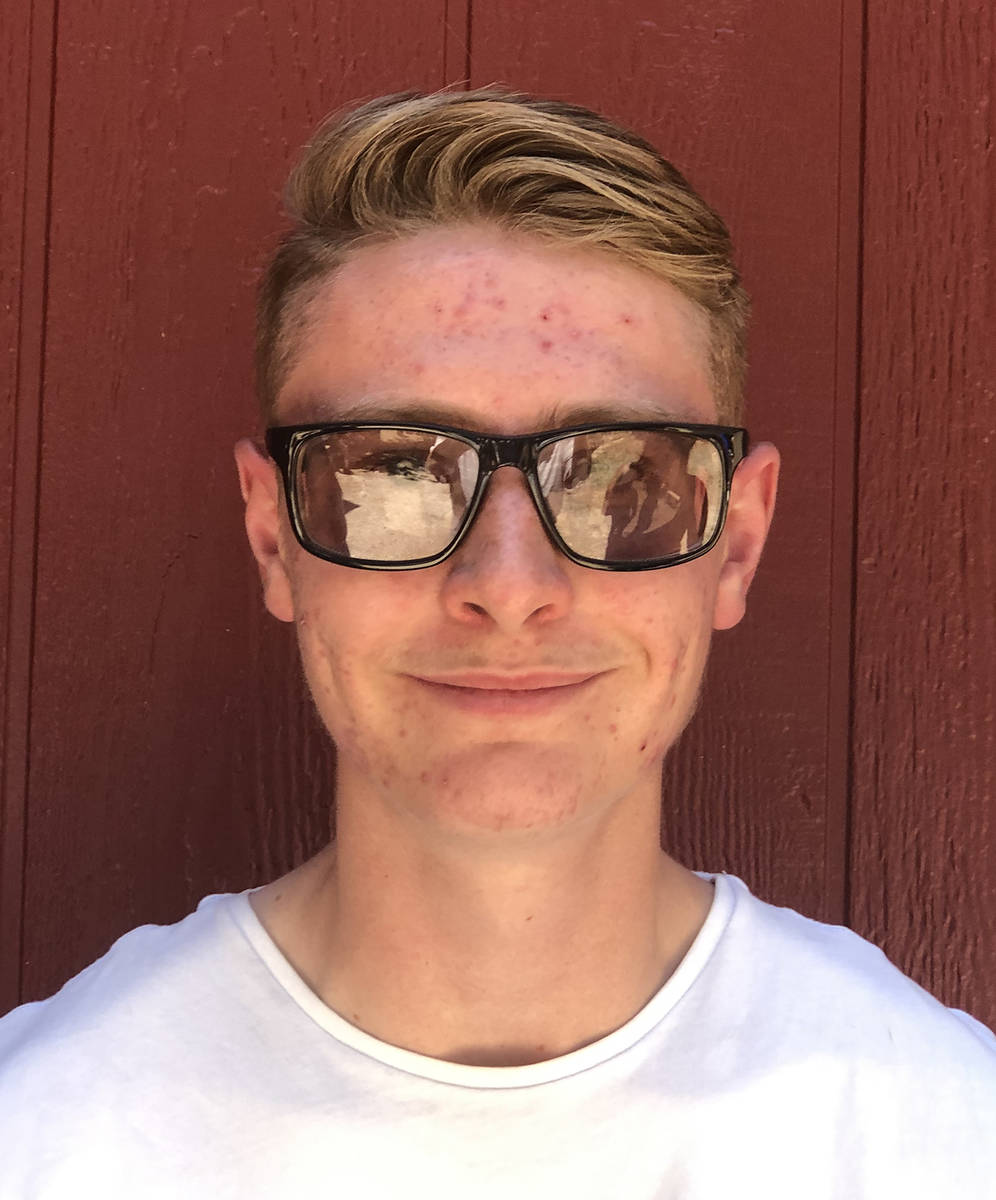 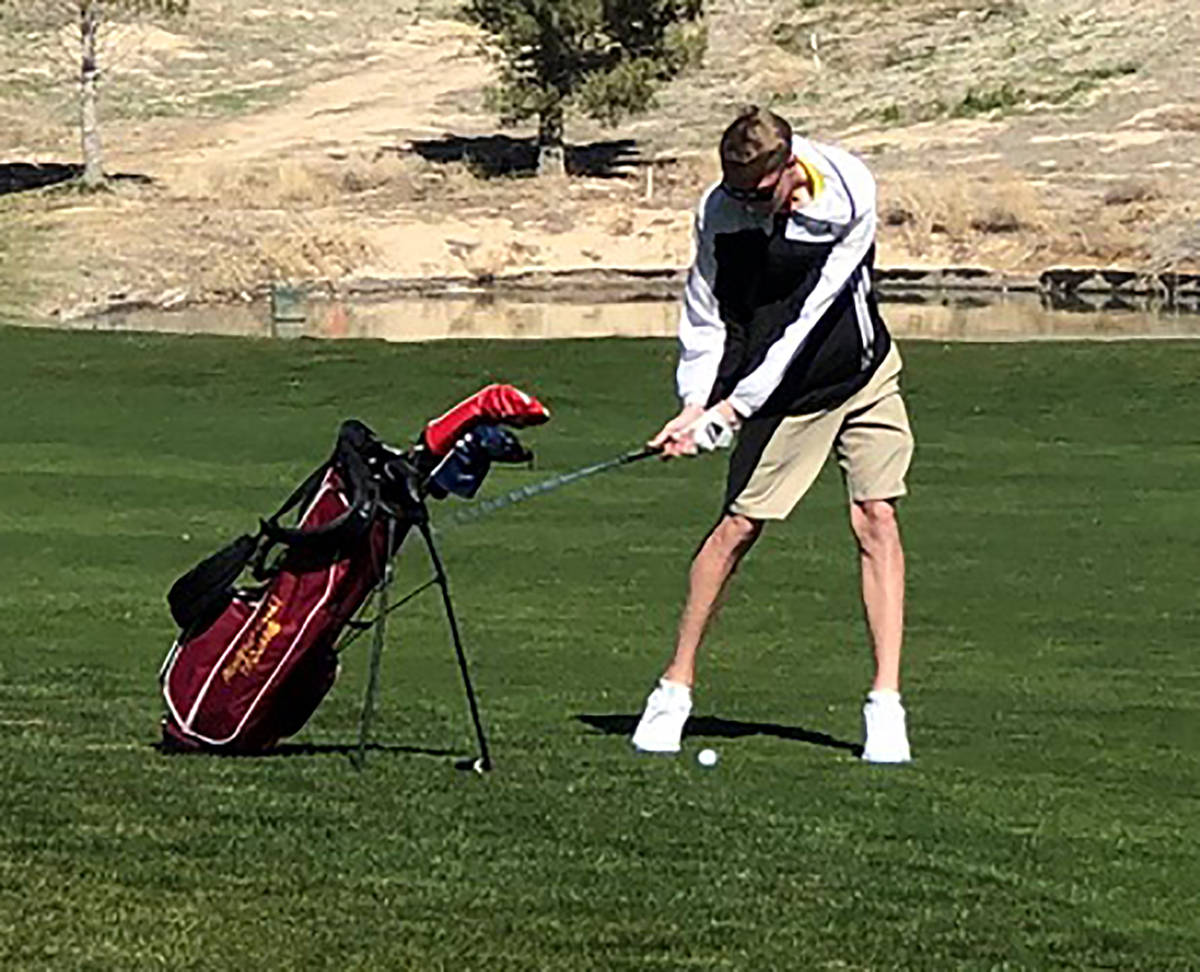 Never let it be said that Kasey Dilger isn’t a practical person. Ask him about his college choice of Marian University, and he’s quick to say what factor was at the top of his list.

“Probably cost, and then for golf,” Dilger said Sunday during a break from playing in Gary’s Mountain Open horseshoes tournament, a game at which he has done very well this summer. Marian was the final choice, but there were other options, many found on the widely used Next College Student-Athlete recruiting website, which is where he found the Catholic school in Fond du lac, Wisconsin.

“I had a few before the website, and then I found probably about 20,” Dilger said. “Then I just decided on this one because the cost was pretty much the biggest issue.”

His grateful father, Lathan Dilger, said the choice was Kasey’s.

“Southern Utah University offered him a scholarship in business management, but he wants to play golf,” Lathan Dilger said. “That’s a school we wanted him to go to. He had offers from Northern Arizona, Dixie State, a bunch of Division II schools.”

Dilger said he had hoped to play golf at the Division II level, but finding the right fit — and a school that had roster spots available and good financial aid — was more important than just where that school fit into the NCAA structure. Enter Marian. Division III members do not offer athletic scholarships, but financial aid — both merit-based and need-based — is often quite generous for prospective athletes, and the Sabres wanted Dilger.

“We are excited that he is joining our family for the upcoming year,” Marian golf coach Ty McLaughlin said. “Kasey is a great fit for us not only because he is a solid golfer but because he is a great young man. He has a serious passion for golf, and that is very clear when you talk with him. He enjoys working on his game, and he has a ton of raw talent already.”

Dilger finished ninth in the 2019 Class 3A Southern Regional Tournament in Boulder City, shooting rounds of 93 and 80. He tied for 17th in that year’s Class 3A State Tournament at Genoa Lakes with rounds of 85 and 87.

But Fond du Lac is a long way from Pahrump, Boulder City or Genoa, and Dilger becomes the latest in a string of Pahrump Valley High School graduates heading to colder climates to play sports.

“He can go ice fishing out on Lake Winnebago,” Lathan Dilger said of his son adjusting to the weather. “Horseshoes is really big in Wisconsin, and they actually have professional tournaments in Fond du Lac. I think it will be a good fit for him.”

“My mom’s not too happy about it,” Kasey Dilger said. “My dad, he’s midway about it. I’ll come down winter break and summer break.”

“He also fits well with the guys who are here already,” McLaughlin said. “He will join a number of players who make up our roster that are not from Wisconsin, and that is something that is very unique for our program.”

“He seems like a nice guy, friendly,” Dilger said of his new coach. “He’s not too old, I think he’s in his eighth year.”

A university of 1,680 undergraduates founded in 1936 by the Congregation of Sisters of St. Agnes that sits 1,850 miles from Pahrump might not seem like a place with many students from outside its local area, but McLaughlin’s rosters are full of people who did not grow up in the Badger State.

McLaughlin has one player each from Alaska and Hawaii on both the men’s and women’s teams, with players from Arizona, Colorado, Illinois, Texas and Iowa on the rosters.

Then there are three Nevadans. On the men’s side, junior Jake Sherwood of Centennial High School in Las Vegas shot an even-par 144 to tie for fifth at the 2017 Class 4A Sunset Region Tournament, and sophomore Jake Bell of Reno’s McQueen High School placed as high as 15th in Class 4A Northern Region play. Jacqueline Ruud of Faith Lutheran High School plays for Marian’s women’s team.

The Sabres play in the Division III Northern Athletics Collegiate Conference, which includes 13 private schools from Illinois and Wisconsin.

“Our program has been a mainstay for the past decade near the top of the NACC,” McLaughlin said. “We are consistently finishing in the top three and this past year (albeit shortened) had two guys earn all-conference recognition.”

Dilger, who said the school’s religious affiliation was not a factor in his decision, expects to head to Wisconsin in mid-August. “I think it was delayed a little bit, but they’re still planning on starting school,” he said. He plans to pursue a major in sports and recreation management, anticipating a career in golf on or off of the course.

Marian offers 21 sports, and McLaughlin is looking forward to seeing what Dilger can do for his golf team.

“I am very hopeful that Kasey will help us in jumping to the top of the conference this upcoming season,” he said.