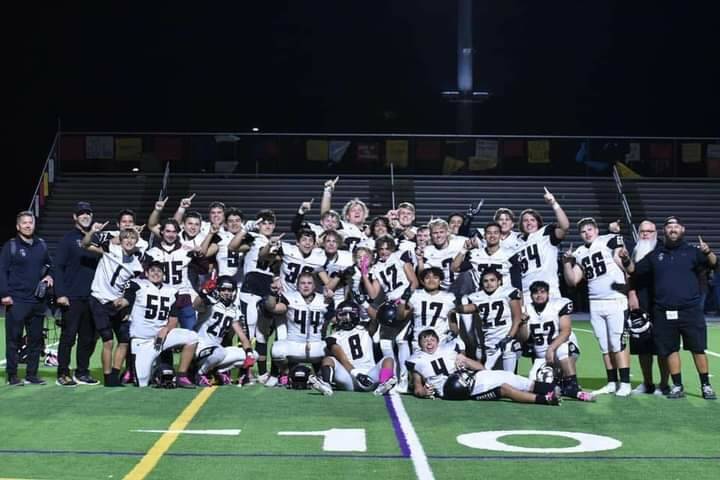 Lee Hopson/Special to the Pahrump Valley Times The Pahrump Valley High School Trojans football team won the 3A Southern - Mountain League title during the 2022 season after finishing with a 3-1 league record.

The dinner will be used as a fundraiser to help the team raise money for new equipment, including pads for their existing hitting sleds and arm blasters to help players with ball control.

The dinner will begin at 6 p.m. and costs $5 for entrance to the cafeteria.

Following the spaghetti dinner, the team will be holding a bake sale fundraiser. Event-goers will be able to bid on and purchase various desserts from cakes to pies.

The person who spends the most on a single dessert item will win seats in the press box for Pahrump Valley’s homecoming football game.

In addition to getting press box seats for the game, winners will also have snacks provided for them throughout the game.

The Trojans open their season on Friday, Aug. 26, at home against the Western Warriors. Kickoff for that game is scheduled for 7 p.m.

Pahrump last played Western during the 2019 season in which the Trojans came away with a 37-0 victory. 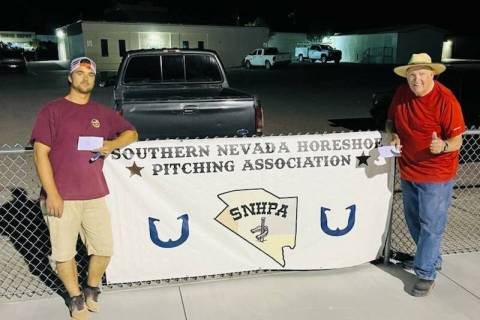 Petrack Park hosted its first horseshoes event of the season on July 4. The pits have been under construction since February.