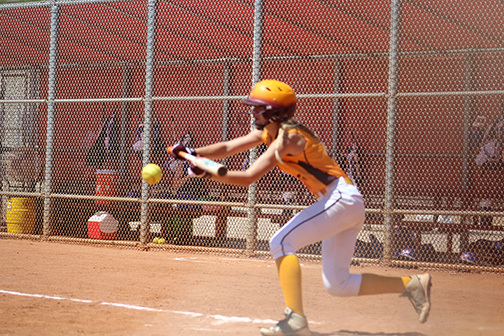 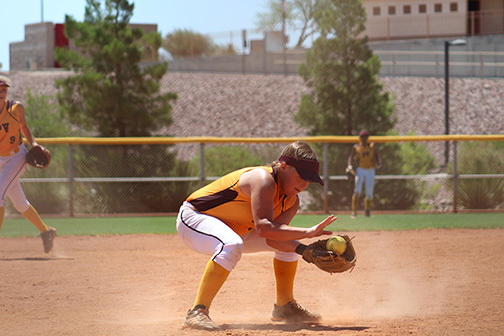 The Pahrump Youth Softball Association Extreme Heat 14U all-star team went to Las Vegas and took the Nevada state championship in their division at the Majestic Softball Complex.

The team went undefeated in three games. In the first game they played the Henderson Havoc and beat them 8-7.

“We were down 4-0 in the first inning. Earned one run in the second inning for a 4-1 ball game. We finally got our bats going in the last two innings,” coach Rich Lauver said.

In the second game, Pahrump played the Majestix and beat them 14-7. The game was tied 3-3 after the first inning.

“After that, we once again got our bats going, and outscored our opponents 6-1 in the second inning, and 5-3 in the fourth,” the coach said.

In the last game, the Pahrump team beat the Majestix once more and won 7-4 for the state title.

“We were up 2-0 for the first three innings before scoring one run in the 4th and four runs in the 5th,” Lauver said.

The coach said that the team appreciates the support from the community.

“The community support has allowed them to have multiple opportunities to become great athletes,” the coach said.

On June 4 the Extreme Heat were in Fallon and went undefeated in six games at the Sunshine Qualifier Tournament in Fallon.

“We walked away with a championship trophy,” coach Rich Lauver said.

As the number one seed for the tournament, they started Sunday off against Spring Creek, beating them 18-2. With a one game break, they had to win two more to take the championship.

Pahrump easily did that, beating the Fallon Force 9-3 in four innings and for the championship, they had to beat the Reno Elite (who they played the day before). With a rough start, due to a few sloppy errors, the Extreme Heat battled back to win 12-6, for the trophy.

Highlights from the games included an over-the-fence grand slam and home run by Taylor Egan, in which both hits easily cleared the fence at Fallon High School, as well as an over-the-fence home run by Kylie Stritenberger, that scored two additional runs. Pahrump had three different pitchers come away with two wins in the circle, helping continue to build the team’s depth for future tournaments.