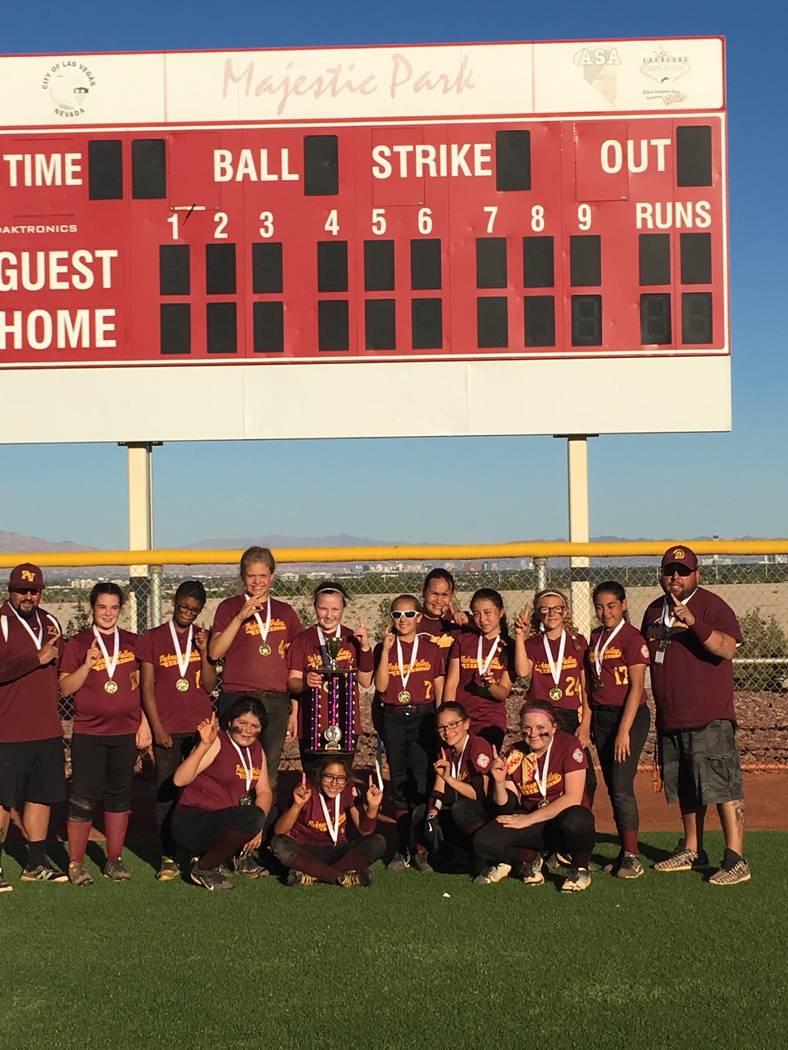 When you are hot, you are hot. The Pahrump Valley Dirtsquad, a 12-and-under team, finished the regular season at 20-5 in the Pahrump Youth Softball Association.

According to their head coach Sam Charles, they are playing great softball.

“They are riding off our great pitching and defense,” he said.

Charles said his team played two games the first day of the tournament, winning both games.

“We scored 29 runs in two games, which made us the number one seed team and gave us a bye in the first round and so we went right to the semifinals,” Charles said. “We won that and the championship game.”

Charles said that 10 girls from this team and four other girls from the league will play as an all-star travel squad.

He said he will coach this team this summer along with Danny Coleman and Raquel Avena. “I hope to play at least 20-30 games this summer,” Charles said. “Our first game is May 6 at Ian Deutch Park at 10 a.m.”