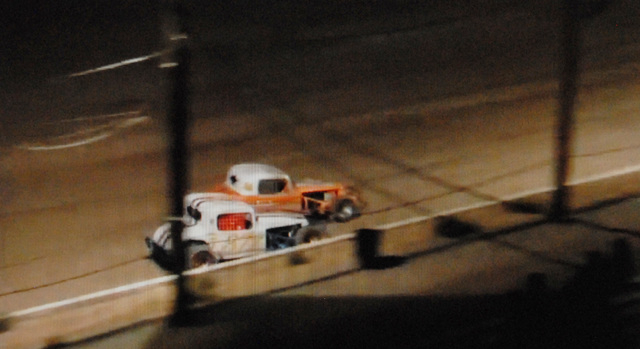 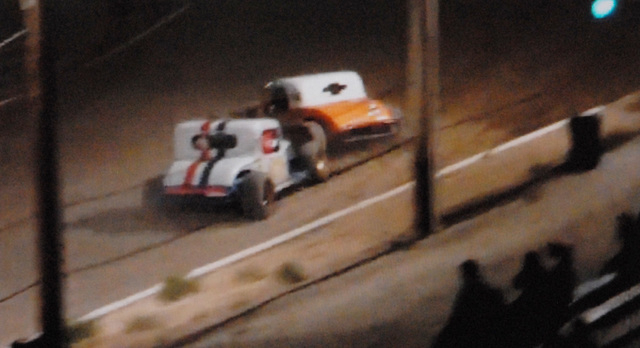 It can happen at any race track at any given time. “You can’t control the emotions of a driver in a race car,” Pahrump Valley Speedway owner Chad Broadhead told the PVT.

It was all over in a matter of seconds.

A big tragic accident, which ended in the death of a racer, Kevin Ward, at 20 years old.

In the video, the accident is clearly shown. Ward spun his car and came to a stop. Racer Tony Stewart’s car for whatever reason had hit Ward’s car and gave it a flat. Tony Stewart has a reputation as a hot-headed NASCAR driver. Ward’s race came to an abrupt end and he was angry. Ward then hopped out of the car and was seen running onto the track and not to safety. He wanted to let Stewart know how angry he was and was seen pointing his finger in Stewart’s direction.

The first car swerved to miss Ward and Stewart was right behind that car, but did not swerve to avoid Ward. Stewart’s right rear tire struck Ward and Ward was dragged by Stewart’s car.

This tragic accident was at a dirt track in upstate New York called Canandaigua last week. This happened on a dirt track similar to the dirt tracks in Nye County. Could this tragedy happen here?

Broadhead said emotions during a race at Pahrump Valley Speedway is no different.

He then told the PVT that no one has ever died at the Pahrump Valley Speedway doing what Ward did while he has been the owner, but drivers get out out of their cars in anger all the time despite there being rules that say they shouldn’t. He added as much as he dislikes when it happens, “you can’t stop it. It’s emotions. It’s a tragedy and it’s too bad it happened. Drivers need to stay in their cars and take care of it the way the rules say. Go back to the pit and trust in the flagman and trust in the official to conduct the race. Don’t take things into your own hands. It’s dark outside. The drivers wear dark clothing. You’re watching your gauges, looking at the flagman and you know there isn’t another car in front of you, but do you expect a man to be standing there in front of you? No one should enter the race track unless you are in a race car. This is the number one rule.”

He did say those that do get out know they shouldn’t, but because they are caught up in the emotion of the incident do so anyway despite facing possible suspensions and fines.

Broadhead said he will let emotions die down at the track before addressing the rules at his track.

Tempers flare in Tonopah too. A racer from Tonopah, Robert Otteson, said he saw an angry driver get out of his car and run at his son, Duffy, after both cars collided.

Steve Stringer, a veteran racer, said in Tonopah the tempers don’t flare as much because the track has fewer racers than Pahrump.

In his numerous years of racing, he has never seen anyone get out of their car in anger. “It does happen. I hear all the time, ‘Stay in your car unless you are in imminent danger.’ You should never get out of your car. I have never seen anyone do that before. I don’t think Tony hit Ward on purpose. It was just an unfortunate accident. I read that those sprint cars during a caution are still going around the track at 40 miles per hour,” Stringer remarked.

Stringer did say he had an incident where he got into an accident and just had the urge to leave his car.

“I know not to get out of my car, but I did one time because I took a hit to the head and got my bell rung and did not have my wits about me,” Stringer said.

Kevin Ward Senior in a press release said, “Apparently, Tony Stewart was the only one driving out there who didn’t see him.”

The next speedway race is this Saturday. Racing starts at 7 p.m.