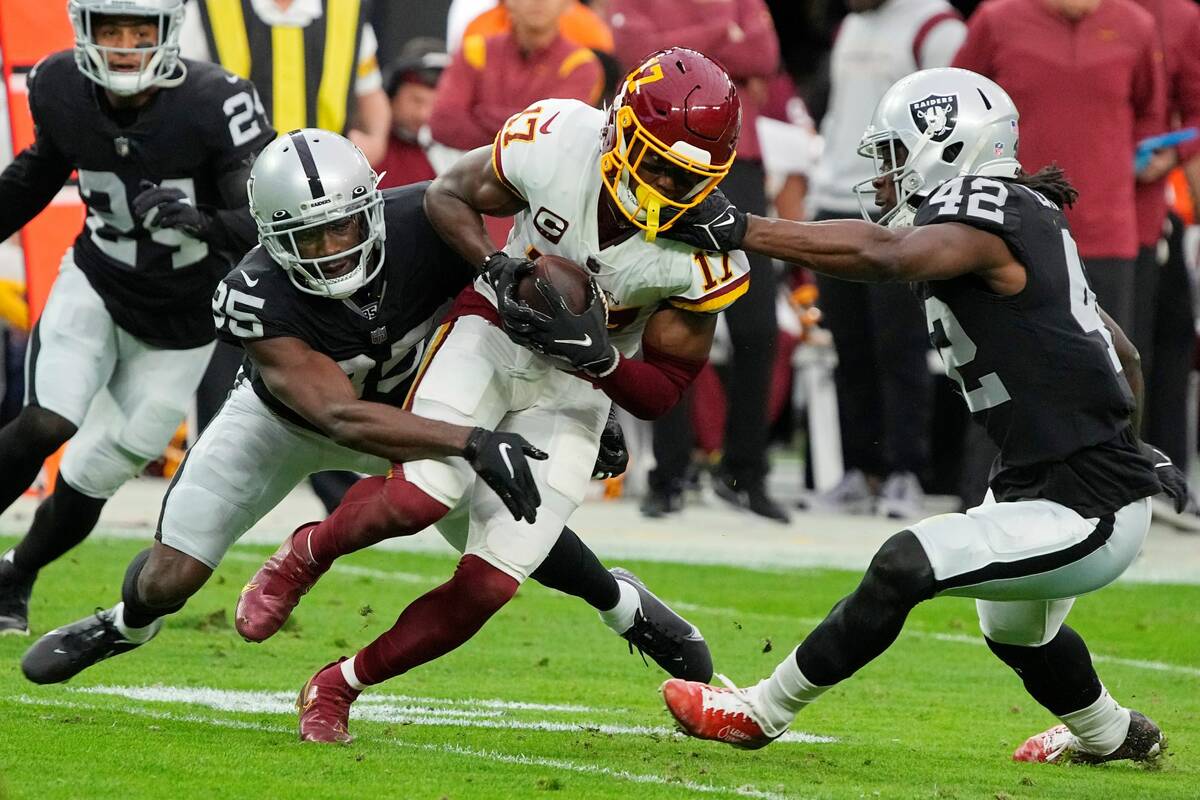 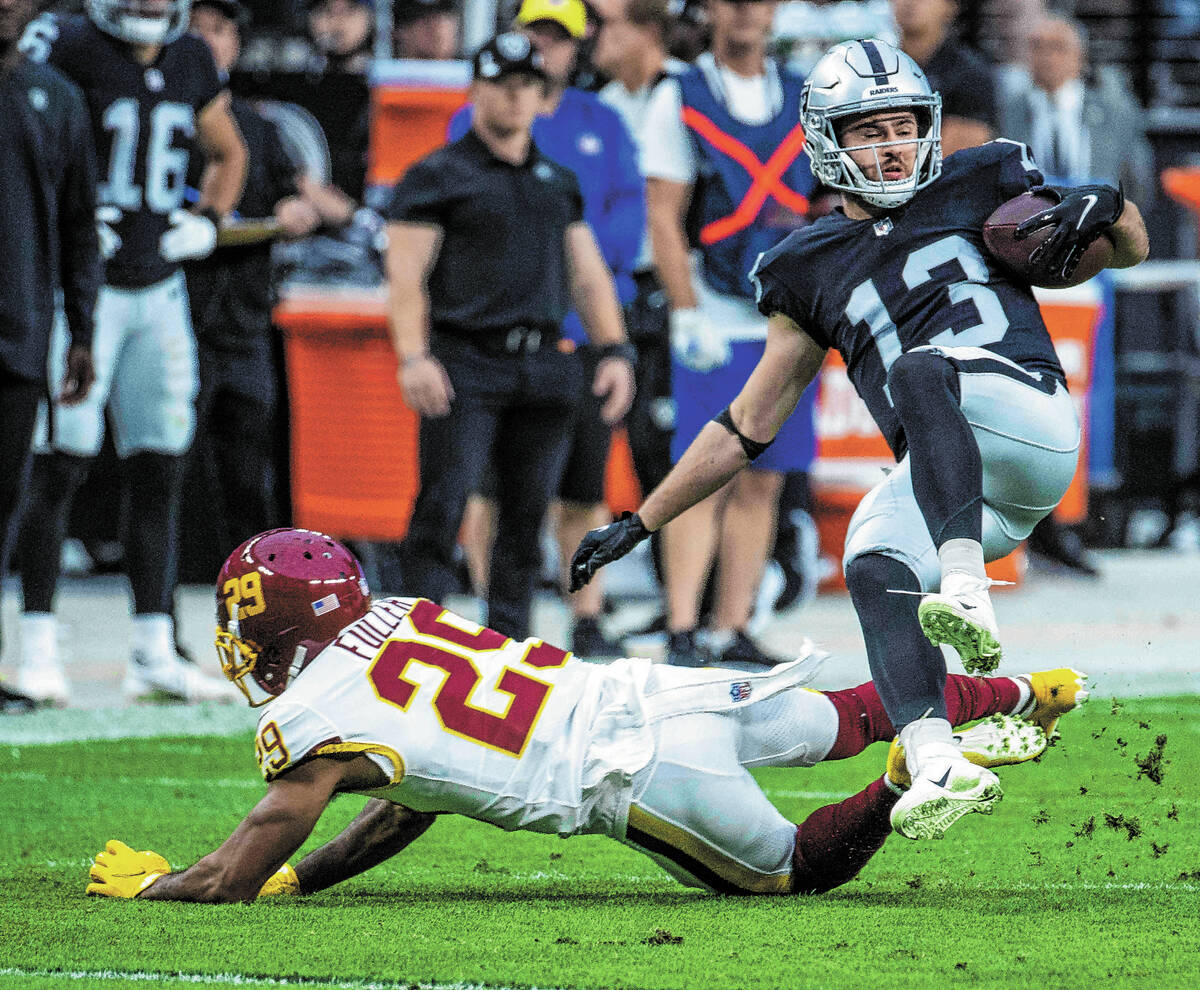 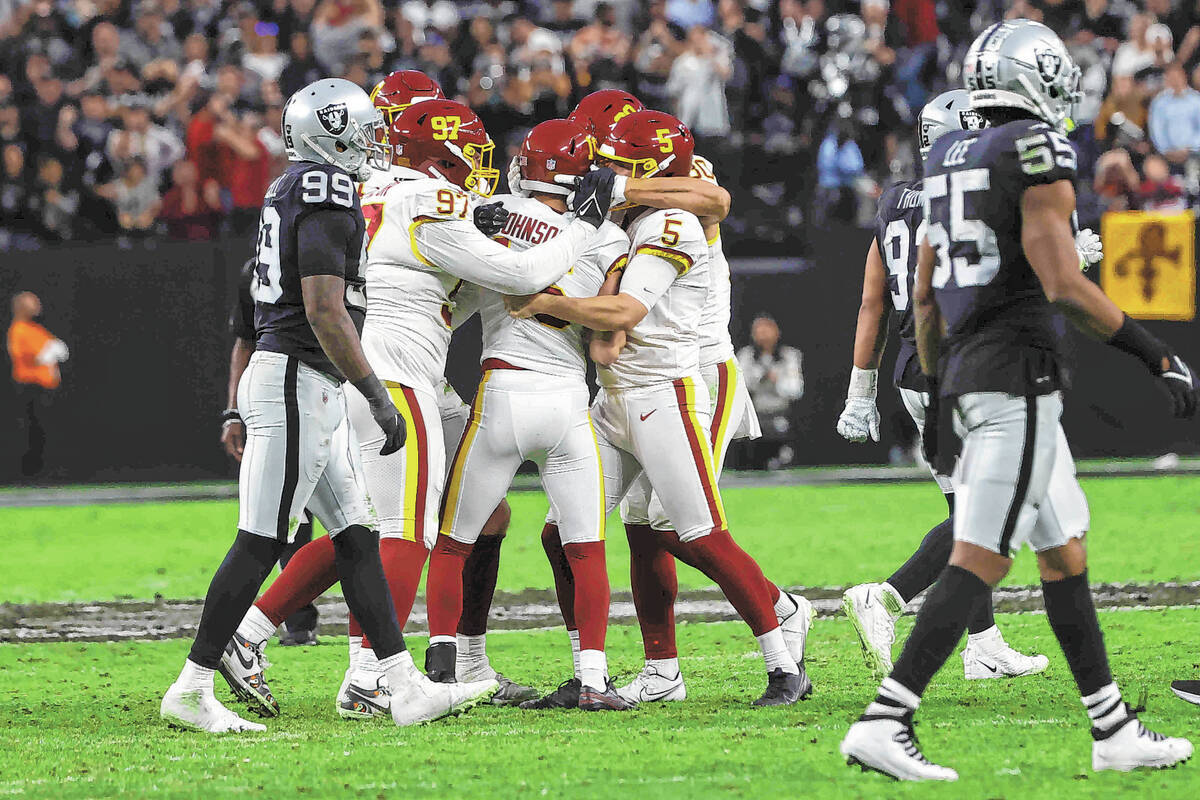 The Las Vegas Raiders received their sixth loss of the season on Sunday when they hosted the Washington Football Team at Allegiant Stadium. The final score was 17-15.

This is the Raiders’ fourth loss in their last five games and they’re once again on the verge of another mid-season collapse after being 5-2 heading into their bye week.

The only game during this five- game stretch where they came away with a victory was an overtime win on Thanksgiving against the Dallas Cowboys.

The Raiders were held to four field goals and just one touchdown in the second half and overtime of their Thanksgiving game. If it weren’t for Daniel Carlson, the silver and black could very well be looking at a record of 5-7.

Instead, they pulled out the win and had a record of 6-5 going into the Washington game.

Washington, who came into the matchup on a three-game winning streak, had only allowed one opponent in the last five games to score more than 20 points.

That trend continued on Sunday when Washington held the Raiders to just 15 points in the game. With their win, Washington also extended their current win streak to four games, making it just the third time in the last six seasons that they’ve had a winning streak of four games or more.

Sunday’s game marked just the second time this season that Raiders quarterback Derek Carr didn’t throw a touchdown. The last time that happened was in a home loss against the Chicago Bears in week six.

Despite getting off to a slow start, Carr managed to complete 28 of his 38 pass attempts for 249 yards. He also added 24 yards on the ground.

Hunter Renfrow led the game in the receiving department. He tied running back Josh Jacobs for the most catches in the game with nine. Renfrow had 102 receiving yards on the day, including a 28-yard catch in the fourth quarter during the Raiders’ only touchdown drive of the game.

The Raiders’ backup running back, Kenyon Drake, left the game in the second quarter with an ankle injury. After further tests on Monday, it was revealed that Drake broke his ankle and will be out for the rest of the season.

The Raiders are now staring at a 6-6 record for the year. They have five games left, three of which are against the AFC West division. Las Vegas is currently two games behind Kansas City for the division lead and they are one game back of the last wild card spot for the playoffs.

If the Raiders want to have any hopes of ending their playoff drought, they need to kick it into high gear.

The offense needs to figure out how to eliminate the slow starts they’re having and come out swinging at the beginning of the game, not the end of it.

The Las Vegas Raiders, formerly known as the Oakland Raiders, have only had one winning season since their 2002 Super Bowl appearance. That season, the 2016-17 season, came to an abrupt end when Carr broke his leg in the second to the last game of the season and the Raiders lost their first-round playoff game.

Ever since then, Carr and the Raiders have been trying to get back to the postseason. Unless the Raiders can figure out what’s keeping them from being able to play at a high level in the beginning stages of games, it’s not going to happen this year.

Las Vegas looks to turn things around this weekend when they travel to Kansas City to play the Chiefs. Kickoff is set for 10 a.m.