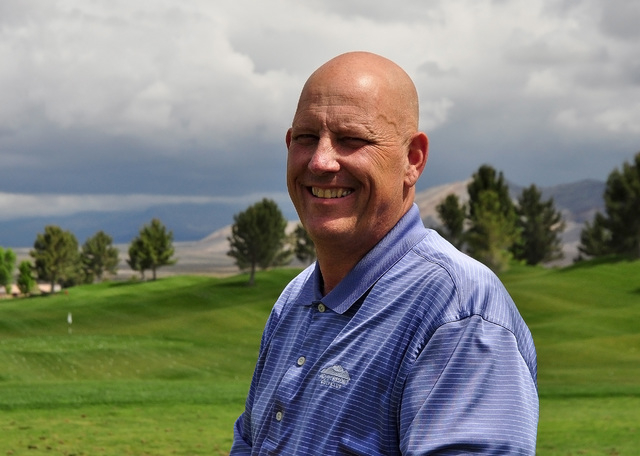 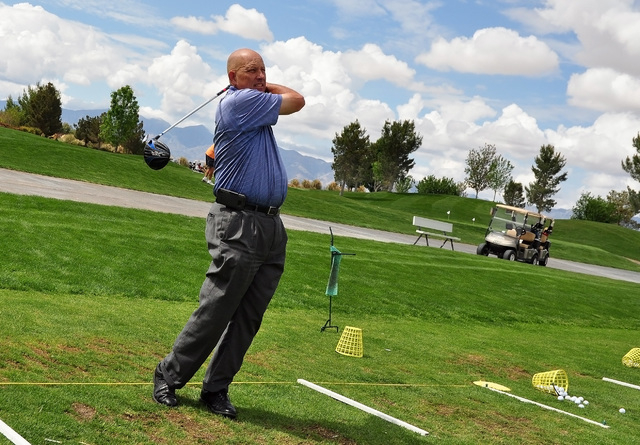 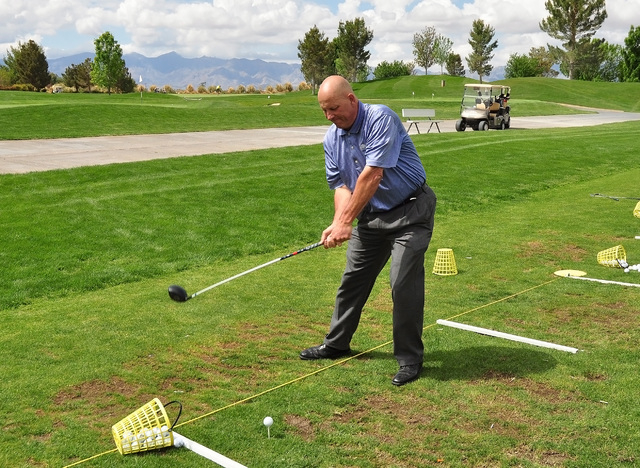 The Masters has been on the TV and if it has inspired you to dust off your clubs and you feel you need to brush up on your swing, the man to call would be Randy Mudge at Mountain Falls Golf Course.

He grew up in Northern California in Clayton, where he learned the game from his father and other golf professionals.

“I started golfing young and when I got old enough to play for the high school team, the school got rid of the team,” Mudge said. “So I just ended up playing in tournaments.”

As a young man, Mudge was a professional magician at 12, and even owned his own magic store. He then went on to own a bridal and tuxedo shop with his family and then went into the restaurant business.

All along he was also playing golf.

“I have always golfed and even tried the mini tour,” Mudge said. “After my businesses, I then started teaching golf as a golf professional.”

He said he has been doing this for 30 years. In southern Nevada he has worked at Laughlin and Henderson.

For Mudge golf is the sport for him.

“Golf is all you and no team,” he said. “You have no one to blame for a bad shot but yourself.”

He just loves the creativity in the game.

“The fun of it is figuring out how to do certain shots,” Mudge said. “That is challenging to me. Some shots take creativity.”

Mudge says the challenge is to practice shots that will allow you to be creative.

He said that is the key.

“If you haven’t practiced it then don’t do it on the course until you have practiced it,” he said.

Mudge says there is nothing like teaching golf and it’s done by hard work and not magic.

“What I like about teaching is seeing people improve over time,” he said. “I like enhancing someone’s swing, not changing it entirely, just improving it. I get joy out of this by helping them enjoy the game better. I also enjoy organizing tournaments and events.”

Mudge says the hardest thing he has done as a golfer has been to come back from a car accident.

“Ten years ago I was in this terrible accident where I lost my foot and it was reattached,” Mudge said. “I lost 30 yards on my shot and it took me seven years before I could even flex my leg. It has been a never-ending battle.”