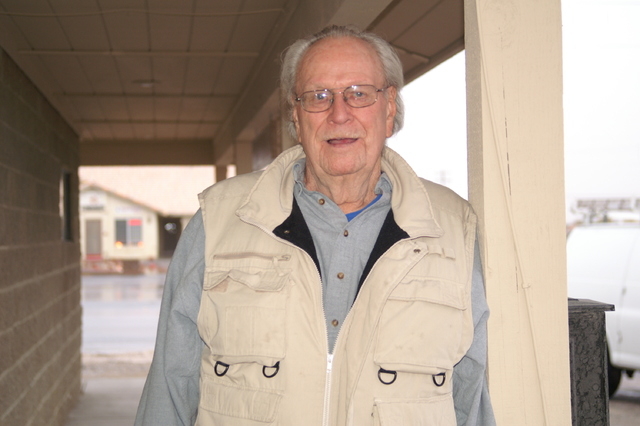 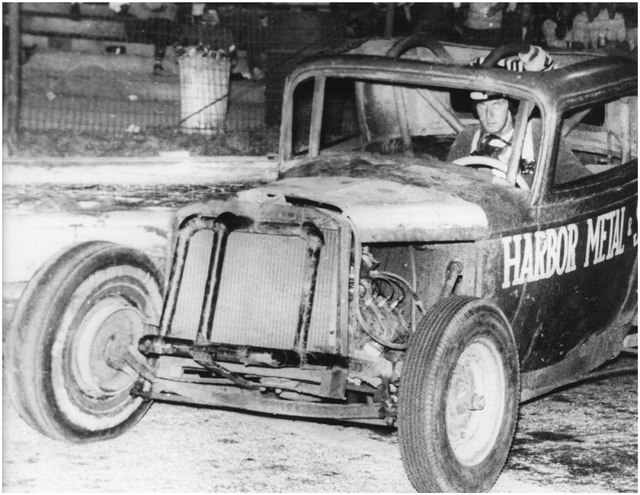 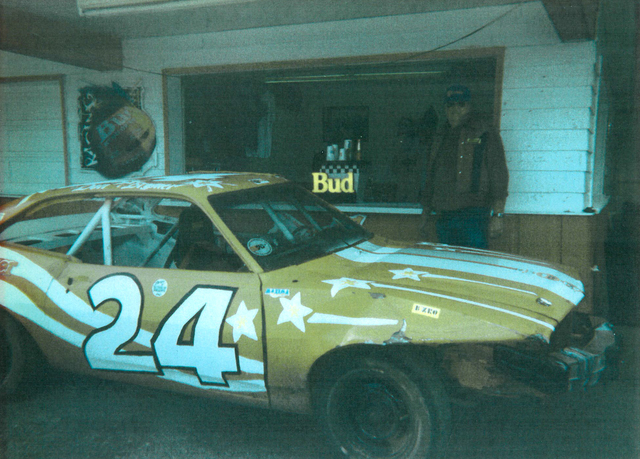 Don Brymer never raced at the Pahrump Valley Speedway. In fact he hasn’t been in a racecar since 2004. He is retired racer who lives quietly in Pahrump who will turn 80 next month and just wanted to share his many racing memories.

Brymer said he started his racing days with California Jalopy Association in the 1950s. He has raced all over the country but raced in the beginning extensively in Southern California.

“I decided to get into racing when a horse broke my leg when I was trying to be a cowboy,” he said. “I was involved in racing all my life and I was also a race promoter. I still have the reflexes for the racing. I can lose a bar of soap in the shower and catch it before it hits the floor.”

He has been in Pahrump for 10 years. He used to own the speedway at Coos Bay, Oregon and sold it. He had a circle dirt track, a high-bank asphalt track and a drag strip.

As a racer, he split his time between cars and motorcycles. He enjoyed racing because of the competition.

“It wasn’t the speed. When I did race, I raced dirt track, motorcycles, and drag racing,” Brymer said. “I raced stock cars. I promoted since 1960 and raced every chance I got. I raced Modifieds in Watertown, New York, which was a mile dirt track.”

The fastest he has gone was actually not in a race but he was given an opportunity to take his wife on the track at Daytona. “I wanted to show her what it was like to race on a high bank. The noises I heard were not the tires squealing, but my wife screaming,” he said.

When he wasn’t racing he was promoting racing. He said he promoted at Madison Square Gardens in 1971-73.

“I made a lot of money back then,” Brymer said. “I even bought an airplane to travel in. I promoted in Oregon at the state fairgrounds, in Denver, in Colorado Springs and Topeka, Kansas. In Kansas, I did Sprint Cars. I started racing in 1957 with the California Jalopy Association.”

At the time Brymer had to race as Walt Mandell because he worked for the Richfield Oil Corporation and they didn’t allow outside activities like racing.

In the beginning, he raced a track roadster at a track in Huntington Beach, Calif. which is no longer there. The track was paved and a quarter-mile track. Racers raced there every Saturday night.

He remembers taking his mother to the track to show her how safe the track was. Brymer said he lost control of the car during the time trials coming out of the corner and his right side tires rode the wall all the way down the back straightaway. His mother was in shock. Despite incidents like this, he still claims he was never a daredevil.

“Racing was not dangerous,” Brymer said. “It’s dangerous if you do it wrong or if someone else does it wrong. Yes there is some element of danger, but I never thought about it.”

In another race at Gardena, Brymer saw that he could pass all the cars in the third lane down the front stretch but he failed to see a pileup in the corner. He hit the pileup at full throttle and flipped up in the air and landed upside down. He walked away from that wreck, but all of his limbs were pulled in each direction.

“I remember this was the grand prix. There were 50 cars in this race and I started in the back. On the third lap, everyone had pulled over. I thought it was wide open and there was no way I could stop and I crashed too,” he said.

Even with a few crashes, Brymer never had to be hauled away in an ambulance.

“In the race where I flipped most drivers didn’t have shoulder harnesses,” he said. “I was the only one that raced with one. Most just drove with a seat belt. I remember all I had was a pressed-paper helmet with leather straps that was made in the 1930s. Safety nowadays is highly improved.”

The only time he ever got hurt was on a motorcycle at Rosarita Beach, and he was just fooling around.

“I did a wheelie and fell off backwards and broke the shoulder,” he said.

Another time he was racing in Huntington Beach and was on the track practicing and needed gas. So he drove the racecar into town and told them to fill it up and they did. They patted him on the helmet and he went racing. He never paid for the gas.

During this time frame, Brymer would race at Gardena Speedway and Ascot Speedway. He remembered painting the bleachers at Ascot when it was first built.

The Gardena Speedway was on TV every weekend with “Old Leather Britches,” Dick Lane, announcing.

Brymer also said he raced a Hudson Hornet in the early days of NASCAR at Western Speedway. He won the Trophy Dash but his front wheel came off in the main event and he didn’t finish.

“My fondest memory was when I joined NASCAR in the 50s,” he said. “And nobody ever heard of the convertible class. I had a Hudson Hornet. It was a hell of a racecar. I remember my tire blew off. I didn’t race it that long.”

Back then he explained that all the stock cars and everything was running around on dirt tracks.

“There was some tremendous races, just really wild races,” he recalled. “There is nothing like it nowadays. I was good in the mud. I could go through a corner sideways all the way around the corner.”

Brymer recalled that he met up with some famous racers. Parnelli Jones was one of them and Brymer’s co-racer. Jones made a name for himself because he won at the Indianapolis 500.

“He went on to become really famous because he had an auto dealership backing him. And they built him a car you just couldn’t believe. It was just so fast and so clean,” Brymer said.

Today he says he still enjoys a good NASCAR race on TV, but this is the extent of his racing.

“NASCAR does get pretty boring so I would turn on a good church meeting and flip back and forth. I think NASCAR is killing themselves because they took off all the cars off the dirt and didn’t let people see the real stock-car racing,” he said.