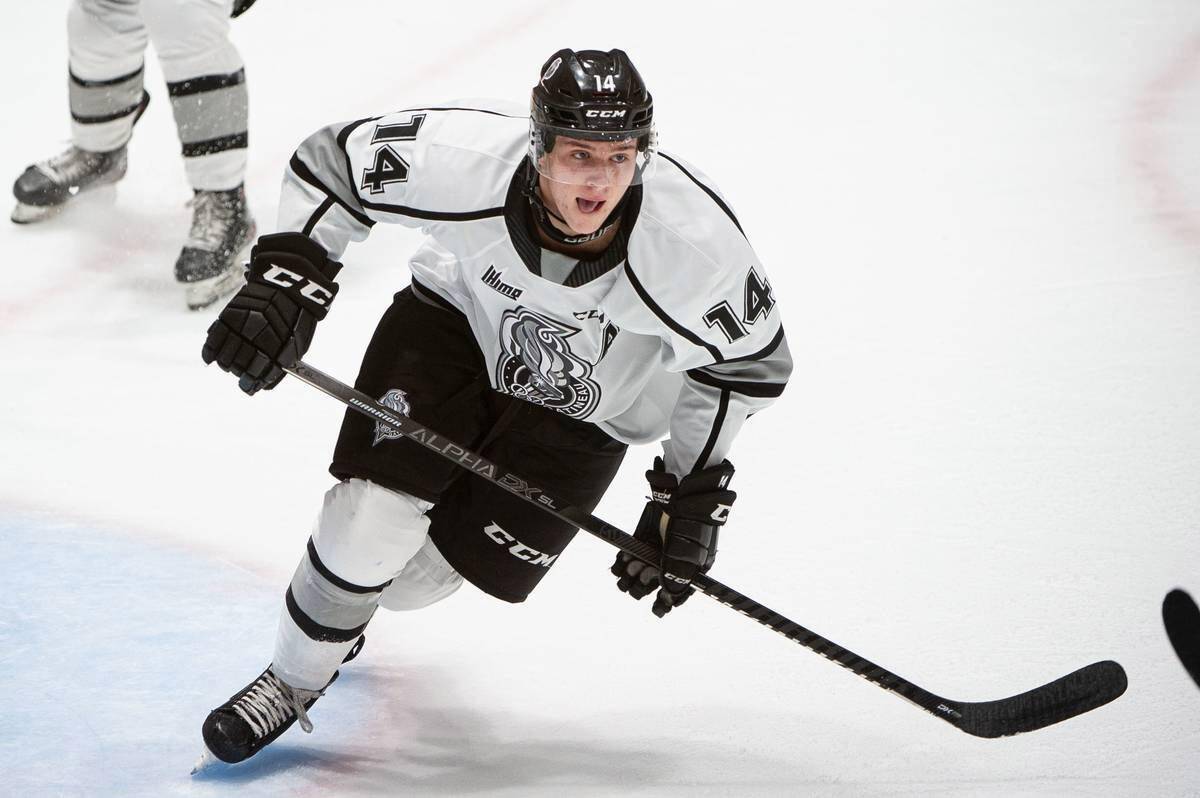 Of all the things Golden Knights general manager Kelly McCrimmon hopes to get out of rookie camp, one stands out above the rest.

He finally is able to meet many of the team’s prospects for the first time in person and shake their hand.

“Just to put it in simple terms, we certainly haven’t seen the ’21 draft kids face to face,” McCrimmon said.

The Knights opened rookie camp Wednesday with fitness testing and will practice Thursday at City National Arena, which will be closed to the public. The team will then participate in the Rookie Faceoff Tournament that runs Friday through Monday in Arizona.

This is the first time since 2019 the Knights had a rookie camp, and they were unable to hold a development camp the past two summers because of the coronavirus pandemic.

In normal times, McCrimmon usually is able to introduce himself to many of the prospects at the NHL draft or once they arrived for development camp. If not then, he might have been able to get in a few minutes with them after their junior or college game or at a tournament.

But after months of videoconference and phone calls, Wednesday was his chance to personally greet many players, such as defensemen Lukas Cormier, a 2020 third-round pick, and 2021 first-round selection Zach Dean.

“It really makes you appreciate the training camp setting, the chance to monitor development, to develop relationships having missed that last year,” McCrimmon said. “It gave a person pause to realize just how nice it is to have those guys in town. Some of them we’ve never seen. It’s a great opportunity to meet people and evaluate.”

Cormier and Dean are two of the most anticipated participants in camp since most in the Knights’ front office, McCrimmon included, haven’t seen them play in person.

Both are expected to return to their teams in the Quebec Major Junior Hockey League this season, but can make an early impression at the tournament and during practice.

Meanwhile, forwards Peyton Krebs and Jack Dugan already are known commodities within the organization and will begin their push for an NHL roster spot staring at the Rookie Faceoff Tournament.

Dugan spent last season with the Silver Knights in the American Hockey League and is one of the oldest players on the roster at 23.

“This is a really important stretch for Jack,” McCrimmon said. “I look for him to lead the way for our team in Arizona.”

Silver Knights coach Manny Viveiros will direct practices and be behind the bench during the rookie tournament. This also will be his first opportunity to meet and evaluate many of the players in the system after he was hired in August 2020.

The Knights open the tournament against the Coyotes rookies on Friday at Gila River Arena in Glendale, Arizona. That’s followed by games against San Jose (Sunday) and Los Angeles (Monday) at Ice Den Scottsdale.

Defensemen Layton Ahac and Connor Corcoran underwent offseason surgery and will not be ready for camp, according to McCrimmon, who is fully recovered from his bout with COVID-19 during the playoffs.

“For me, with rookie camp, I like to monitor the progression that players have made who have been in the organization for more than this past draft,” McCrimmon said. “Past that, in this particular case even more so, it’s just great to see the players because we just didn’t have that opportunity.”