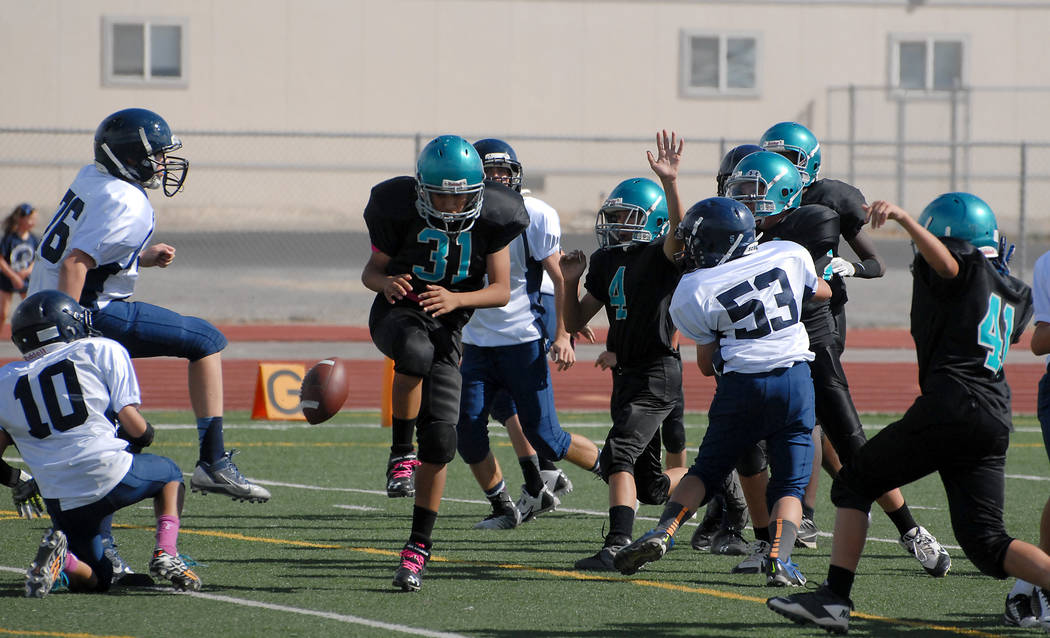 Horace Langford Jr./Pahrump Valley Times Rosemary Clarke Middle School takes on The Meadows School in 2014. The Sharks return to the football field this fall with an unweighted team for players 14 and under. 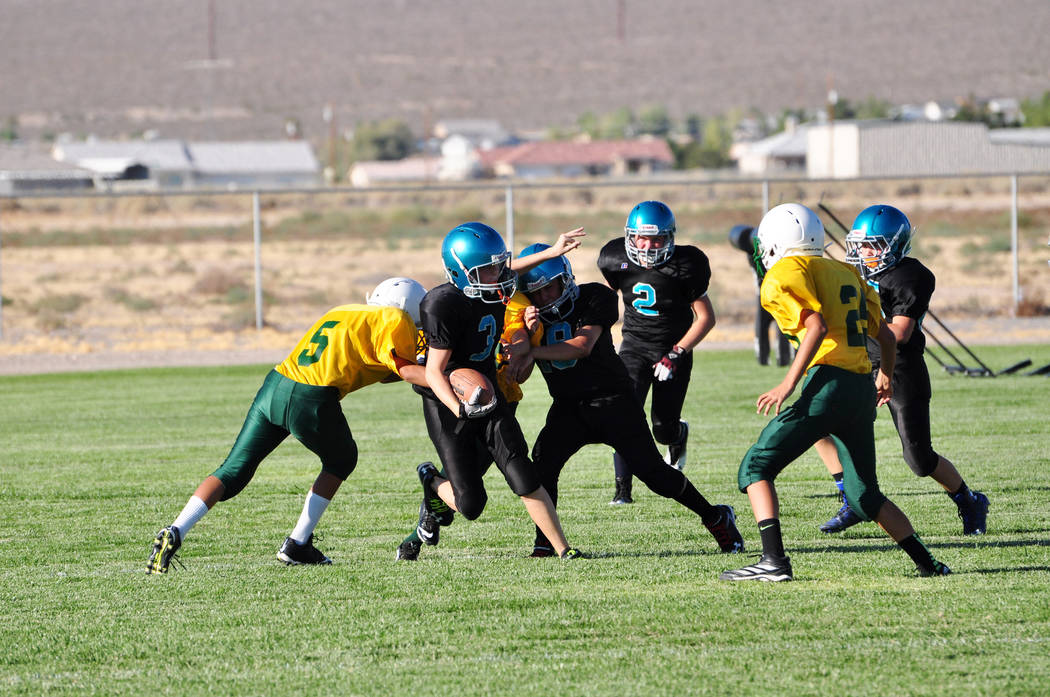 Horace Langford Jr./Pahrump Valley Times The Rosemary Clark Middle School football team during a 2015 game. The school again will be sponsoring an unweighted team for players 14 and under this fall under the Nevada Youth Sports umbrella.

Rosemary Clarke Middle School in Pahrump will be fielding an unweighted 14U football team this fall, with tryouts for the team beginning Aug. 9

Any sixth-, seventh- or eighth-grader interested in trying out for the team will need to have a completed physical brought to tryouts and be signed up on Register My Athlete. The link can be found on the school website under “Athletic & Extracurricular Programs” or go to the registermyathlete.com website.

Upon completion of the tryouts, 30 players will be selected to play for the Sharks. For those that are selected, the cost will be $175.

The Sharks will be coached by Dan Nagle, assisted by Ryan Ancel and Jeffrey Corbett. Although Rosemary Clarke is organizing the team under its name, the Sharks will be playing in a National Youth Sports-Nevada league and playing by their rules, according to Nagle.

The middle school ran a football camp earlier this summer that was well-attended, with a few more players than expected showing interest in playing the game this fall. The players who make it through the tryouts will learn to play the game similar to the style employed by Pahrump Valley High School coach Joe Clayton.

“We will have a simplified high school playbook both offensively and defensively,” said Nagle, who has coached as an assistant to Clayton with the Trojans. “We hope to send kids to the high school already knowing the philosophy. Coach Clayton has a great system, and my hope is that we can help push the high school to the next level by introducing kids to the system earlier.”