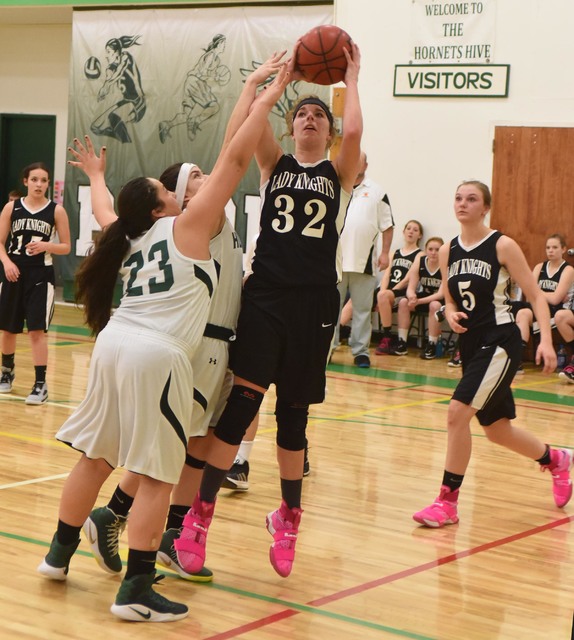 Star Knights player Alyssa Hanks, had a double-double for the Knights, scoring 28 points and 19 rebounds against the Hornets in their battle for second place, with Round Mountain coming out on top. Richard Stephens/Pahrump Valley Times 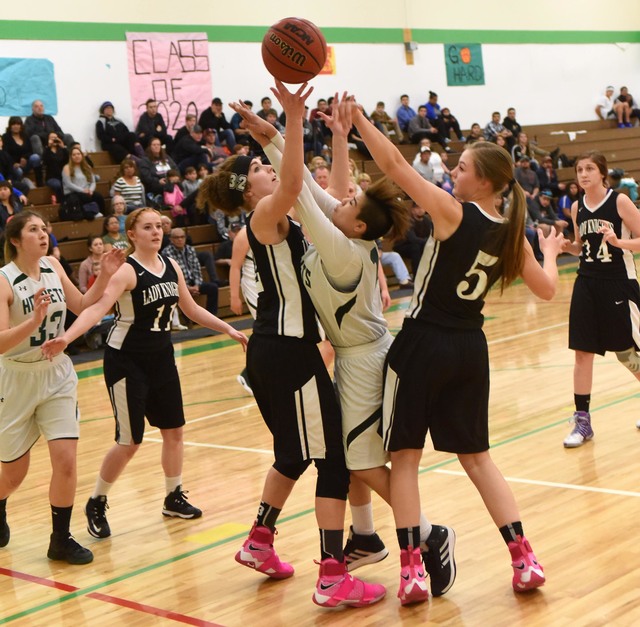 Knights player Alyssa Hanks led Round Mountain past Beatty, recording a double-double and scoring 28 points and 19 rebounds on Friday night. With the disappointing 47-29 loss, the Lady Hornets lost their bid for the second-place seed in the playoffs.

Knights coach Jake Topholm had nothing but praise for his girls.

“The girls played well Friday night in Beatty,” he said. “This was a good win for us.”

The Lady Knights (14-6 overall, 6-1 Class 1A Southern) victory means that they have a bye in the first round. The top six teams in the Class 1A go to the Southern Regional playoffs.

The Hornets should see Round Mountain at Sunrise Mountain High School at 3 p.m. on Friday.

Topholm agreed and would be surprised if he didn’t see Beatty on Friday.

The Knights’ Hannah Swafford was second in points with eight points and five assists to help the Knights over the Hornets.

In the same league, The Tonopah girls will also be playing in the playoffs as the fourth seed and will host Beaver Dam on Wednesday at 5 p.m. If Tonopah wins, they will play at Sunrise Mountain against first seed Pahranagat Valley on Friday at 6:20 p.m.