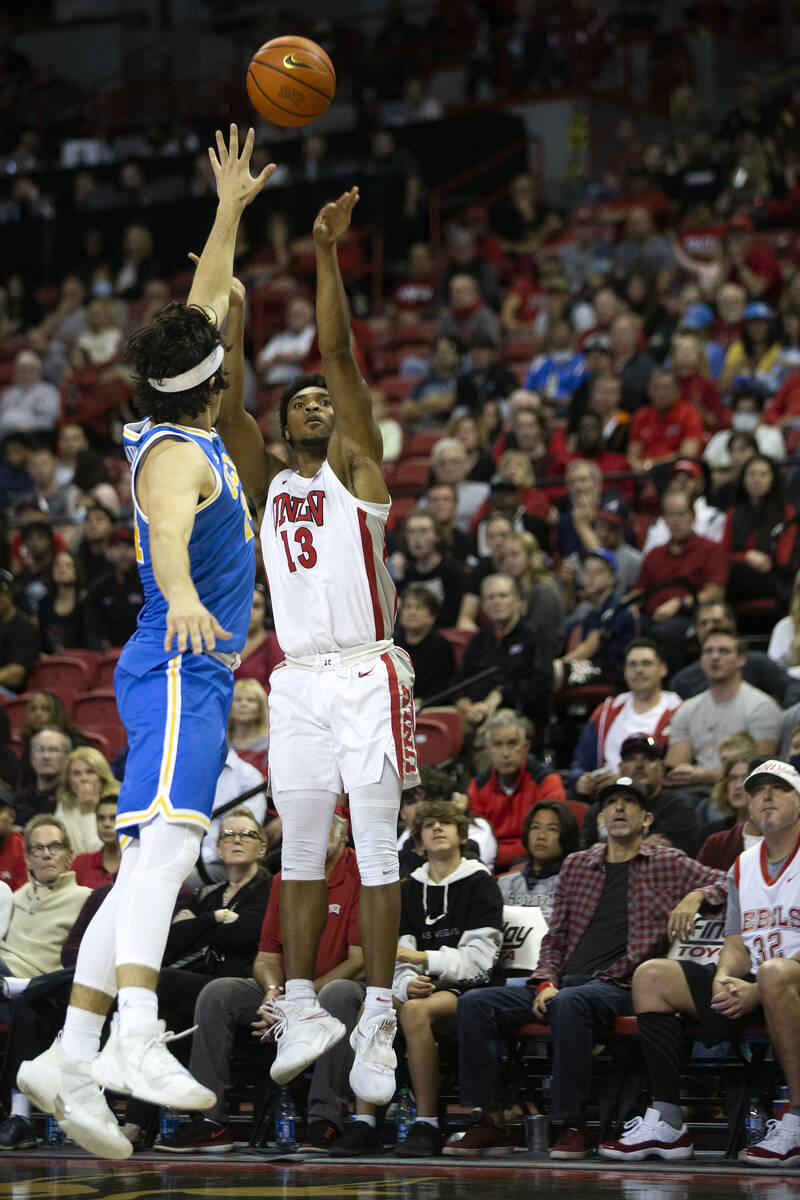 Rebels guard Bryce Hamilton led the team in scoring for the sixth time in the team’s seven games this season.

Junior forward Donovan Williams joined Hamilton as the only Rebels players to reach double-digits in scoring.

Williams finished with 12 points. He also had four rebounds and two assists to go along with his points.

Star rebounder for UNLV, Royce Hamm Jr., finished with a season-low four rebounds against the Bruins. He had eight points to go along with those four rebounds and only made one of his five field goal attempts.

UCLA was led by senior guard Jules Bernard. He had a game-high 18 points and shot 66% from the floor. He made three of his four attempts from long range.

UCLA shot 47% from the floor for the game and made 17 of their 23 free-throw attempts.

UNLV will play their first road game of the season on Wednesday, Dec. 1, when they travel to Dallas, Texas to take on the Mustangs of Southern Methodist University. Tipoff for that game is scheduled for 5 p.m.

Following that game, the Runnin’ Rebels will have a few days off before traveling to San Francisco to take on the undefeated Dons. This game will take place on Saturday, Dec. 4 and tipoff is scheduled for 7 p.m.