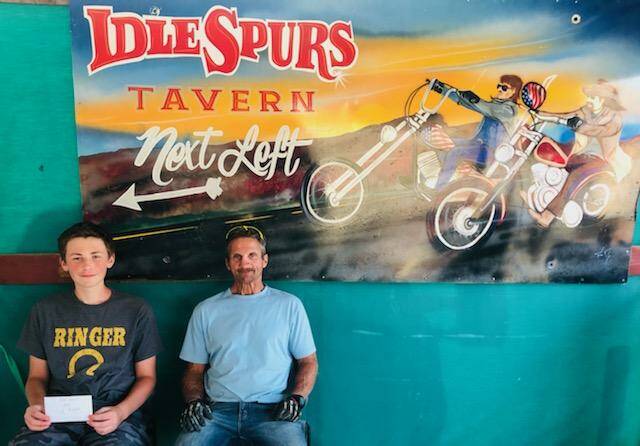 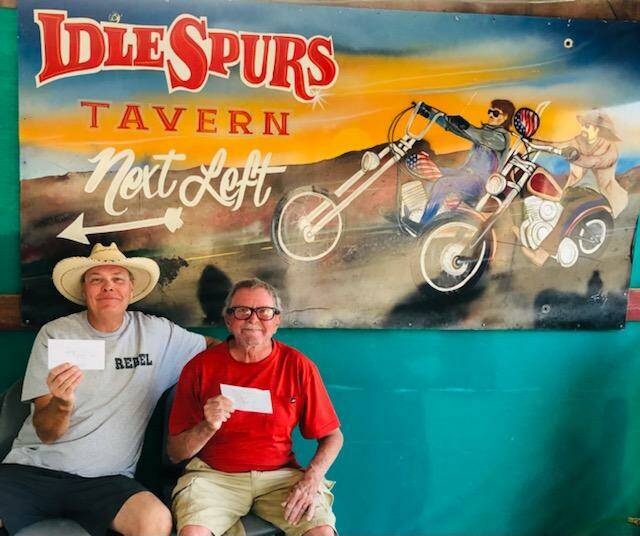 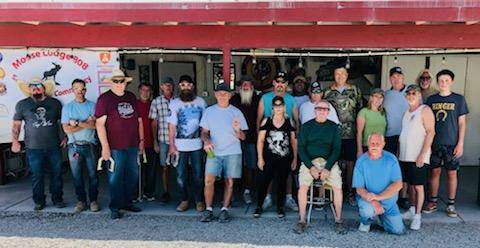 Special to the Pahrump Valley Times The group of participants in the Shoes & Brews Horseshoe Pitching Series event that took place at Idle Spurs Tavern in Sandy Valley, Nevada on Sunday, April 10, 2022. 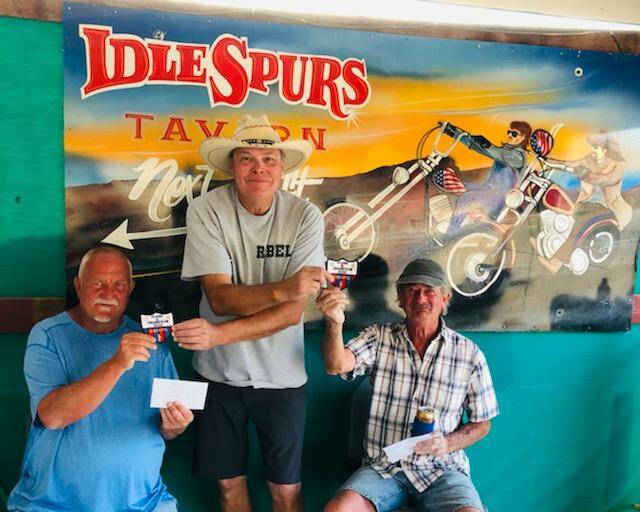 The Shoes &Brews Horseshoe Pitching Series held a doubles tournament at the Idle Spur Tavern in Sandy Valley over the weekend.

The tournament featured 20 pitchers making up 10 teams playing in a round-robin format, meaning each team played the other nine teams once.

A-division pitcher Randy Salzwimmer of Stagecoach, Nevada and B division pitcher Mike Dedeic of Pahrump teamed up to take home the top spot. They finished with a tournament-best record of 7-2.

For their first-place finish, Salzwimmer and Dedeic were each awarded 10 points toward their season standings and received 50% of the cash prize pool.

There was a tie for second place as two teams finished with an identical 6-3 record.

Ultimately, Lathan Dilger and Chuck Smith would come out on top in the playoff matchup and finish as the runners-up for the tournament.

For their second-place finish, Dilger and Smith each received five points toward their season Shoes &Brews series totals, along with 30% of the cash prize pool.

Dilger and Jones each received three points for their third-place finish in the tournament. In addition to the points, they also split the remaining 20% of the cash prize pool.

Following the tournament, there was a 50/50 raffle drawing that took place. Mark Kaczmarek won the drawing and took home a cash prize.

Dilger, the Nevada State Horseshoe Pitching Association president, would like to thank everyone for coming out for the tournament, along with Bryan and the rest of his staff at the Idle Spur Tavern.

He would also like to thank 5280 Mexican Pub &Grub, Pahrump Moose Lodge 808 and Pahrump Valley Storage for sponsoring the Shoes &Brews series.

If anyone is interested in sponsoring a Shoes &Brews series event, please contact Lathan Dilger at 435-691-3857 or email him at lathandilger@gmail.com.

The next Shoes &Brews Horseshoe Pitching Series event will be held on Sunday, April 24, at the Hubb Bar &Grill in Pahrump. Sign-in for all participants will be at 10 a.m.