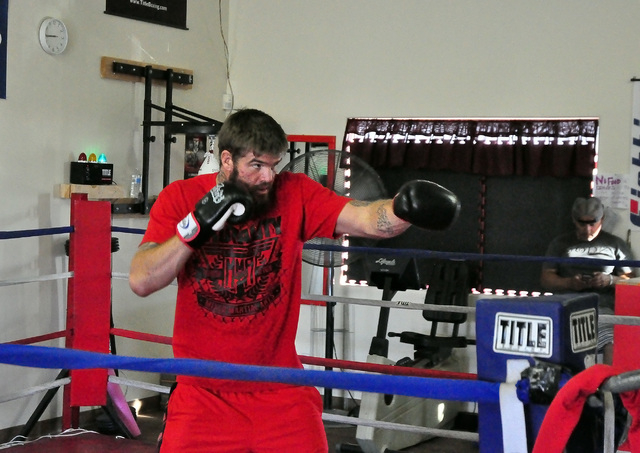 Tuff-N-Uff was unsuccessful in finding an opponent for light-heavyweight champion Brandon Schneider for the annual Pack the Mack event.

Schneider, Pahrump’s own amateur MMA heavyweight fighter, was scheduled to fight at the Thomas &Mack this Saturday but he said Tuff-N-Uff couldn’t find him an opponent.

“Of course I am disappointed that I won’t be fighting this Saturday,” Schneider said. “I took a month off for the fight and to set up my gym and now it just means I will have to go back to work in construction.”

Schneider said that he would turn professional after the Pack the Mack event. When asked if this means he will be turning professional now, he replied, “I am going to the fight this weekend and will talk to Jeff (Meyer), see what he says.” Meyer is a partner in the Tuff-N-Uff organization.