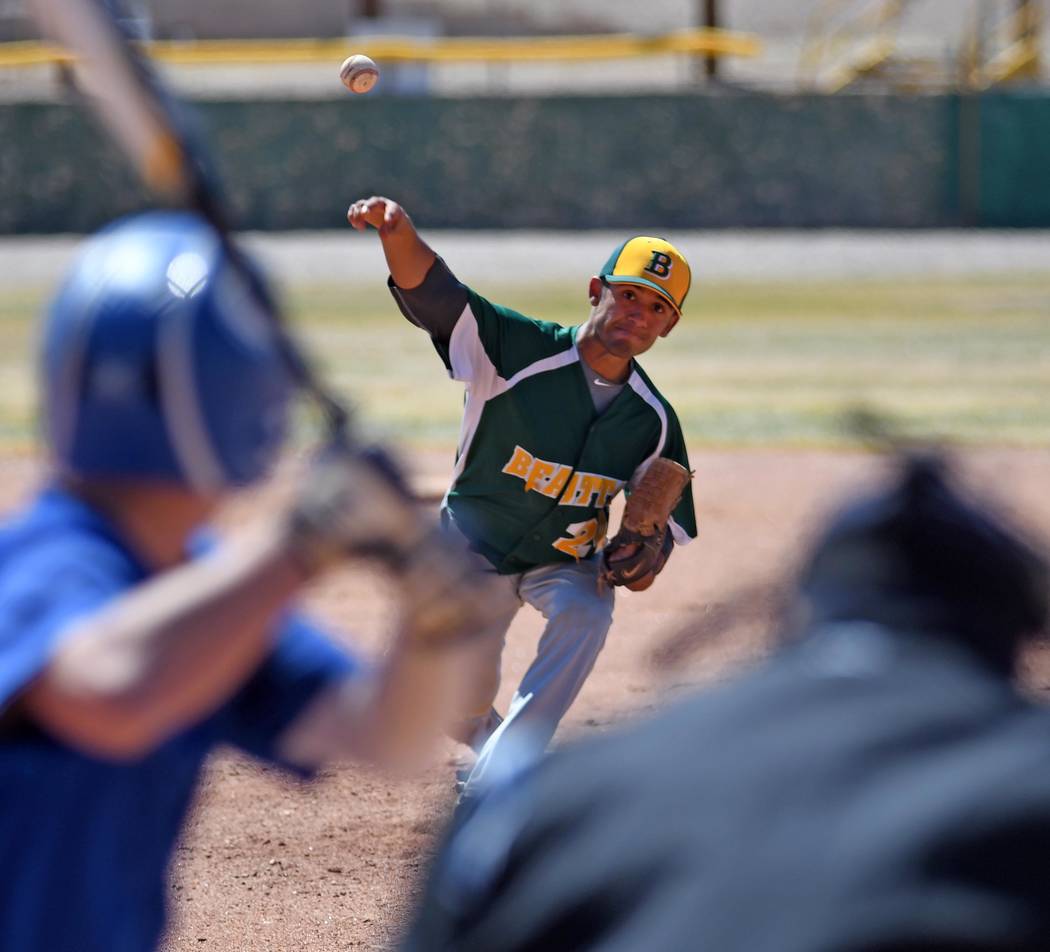 Richard Stephens/Special to the Pahrump Valley Times Beatty's Armando Gonzalez delivers a pitch against Pahranagat Valley during a March 27 game in Beatty. 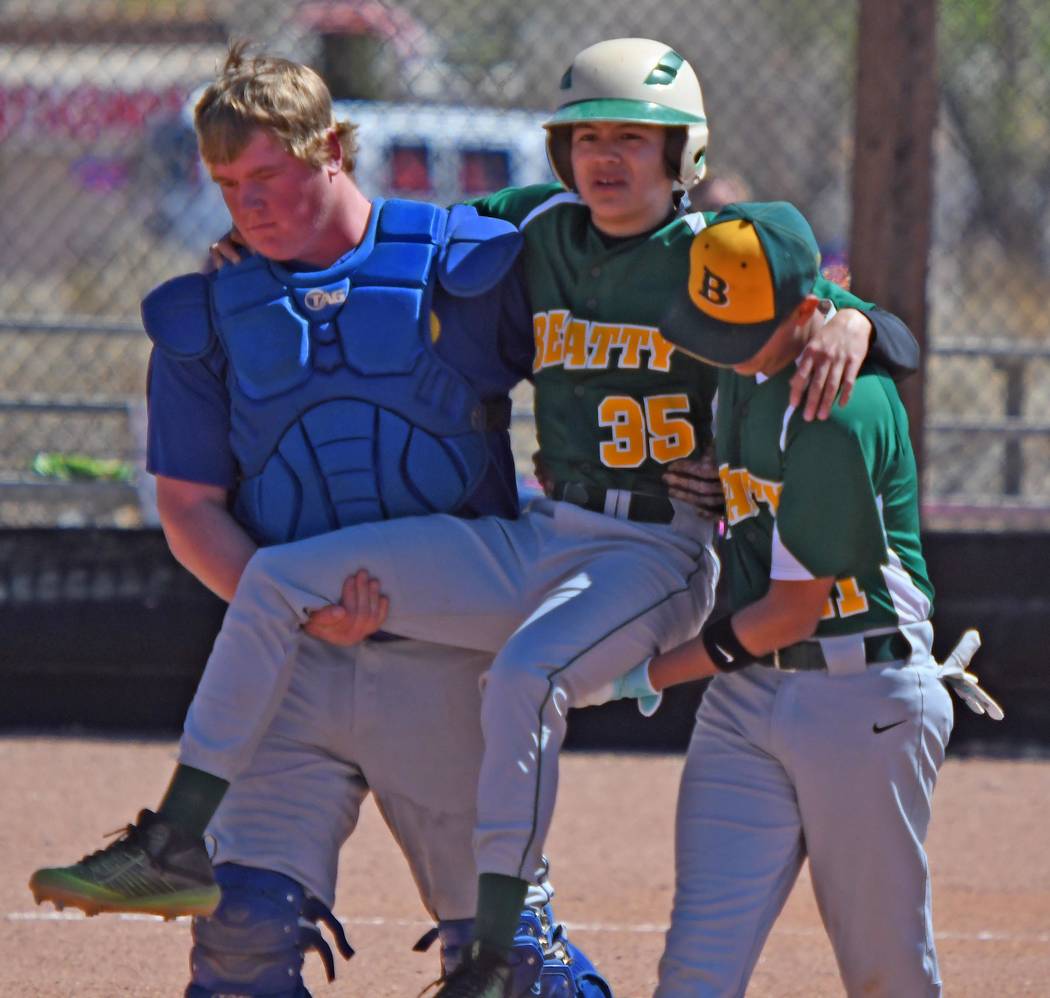 Richard Stephens/Special to the Pahrump Valley Times Daniel Castillo is carried off the field after injuring himself while successfully eluding a tag on a steal of third March 27 against Pahranagat Valley.

The Beatty baseball team is off to a 1-3 start in its quest to return to the postseason.

The Hornets dropped a 14-12 decision against Trona, California, after getting a forfeit victory in their opener. Also on the schedule was a March 22 trip to Sandy Valley, but the game was postponed by rain.

The other losses were more one-sided, as the Hornets dropped a doubleheader to Pahranagat Valley by scores of 19-1 and 18-1. The Panthers, who have won the past two state Class 1A championships and have made the playoffs 12 years running, are now 9-3.

Next up for Beatty is an April 10 trip to Indian Springs, the team that eliminated the Hornets from the state tournament last season.

The Thunderbirds (2-1) defeated the Hornets 21-3 in the first round then, after Beatty defeated Tonopah 16-12 in a losers’ bracket semifinal, and beat them again 17-2 in the losers’ bracket final.

The Hornets are to begin league play April 20 at home against Round Mountain.