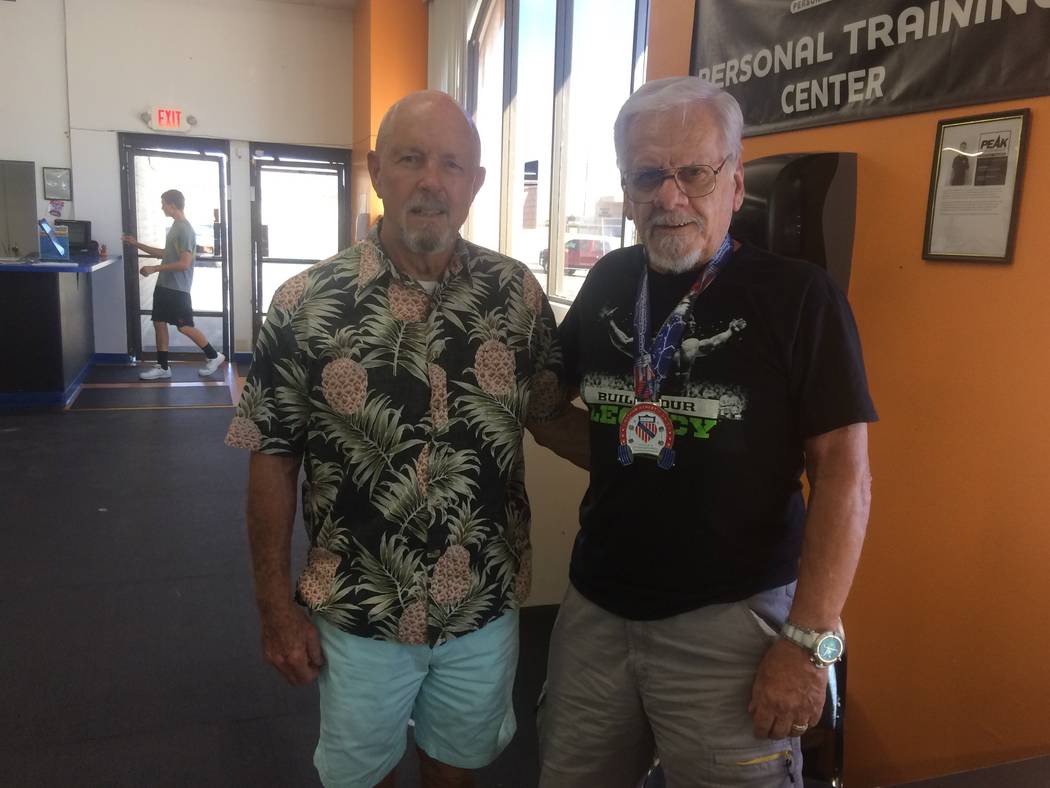 “I actually got a world record in the first attempt,” Prince said. “That attempt was 230 pounds. My second lift was even better and I quit at that, breaking the world record by 70 pounds.”

Prince said he has been lifting since high school but only took it seriously when he got older.

“I went some 25 years without picking up a weight,” he said. “I was 27 when I won a weightlifting contest and then I started again at 52. Then one day I was at a gym and saw a guy in the mirror and I asked myself, ‘Who is that fat guy there.’ Well, that guy was me and I was middle-aged and decided to lose weight. I was some 250 pounds and lost about 50.”

Prince got first place in the bench press, benching 243 pounds and setting a AAU world record for his age division.

Haigwood got first place in the push-pull event where he had to bench press and deadlift. He benched 200 pounds and deadlifted 230 pounds. Haigwood has been lifting for at least 30-40 years, according to Prince.

Both lifters plan on lifting for many years to come.