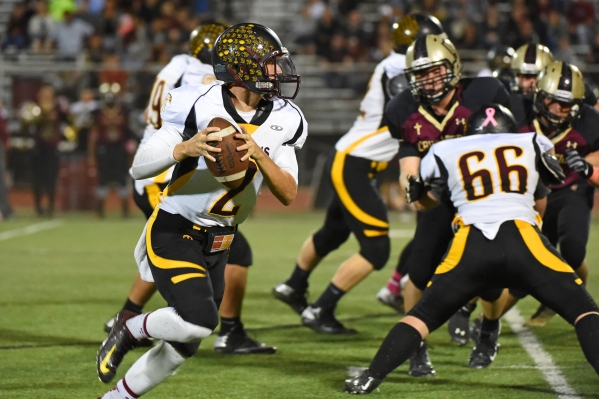 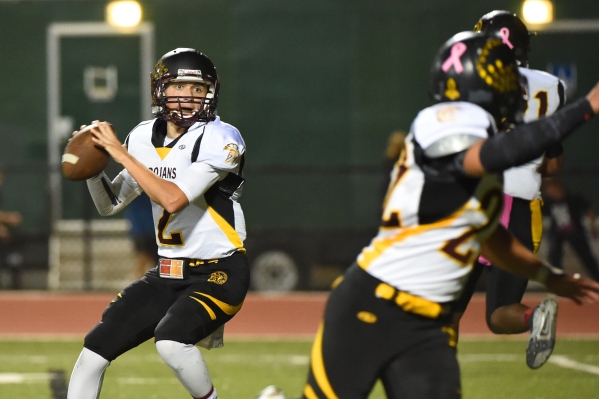 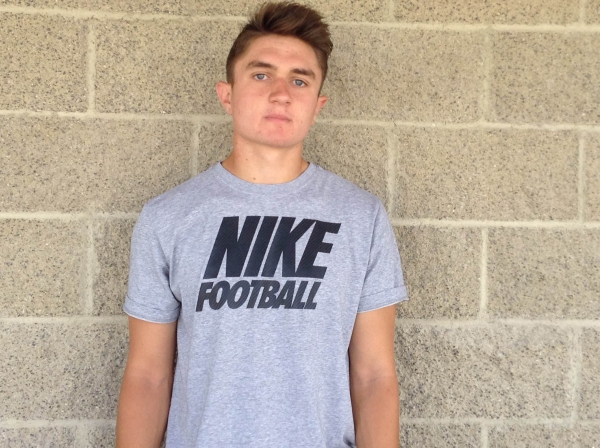 There is no doubt TJ Milk will be returning as starting quarterback this year for the Trojans. Milk is a senior this year and has led the Trojans offense since his sophomore year and has the full confidence of new coach Adam Gent.

Gent has decided to go with the experience that Milk brings to the game and his strong arm. Milk can pass about 60 yards downfield.

“TJ Milk is everything a first-year coach could ask for in a QB and more,” the coach said. “I have been more than impressed with his dedication and hard work. You would think he has been in a spread and passing system for many years.”

The new spread offense will require Milk to be quicker and more agile because this year he will be working out of the shotgun offense, which is five to seven yards behind the center. Milk feels this new offense is more suited to his talents.

“I see the field better, because I am now further back in a shotgun formation,” Milk said. “I think this offense fits me better and I have had some good conversations with the coach and we talked a lot about things that fit me well. I think we are even more dangerous this year.”

Milk said his receiving corps has good hands and he likes the direction the offensive unit is headed.

Last year when Milk aired out the ball he was successful. The offense averaged around 77 yards per game. He had some good passes downfield to Jeremiah England and Deon Estes. Although those two graduated, Milk feels confident in his current group of receivers.

“We have guys like Aaron Fuentes, who is coming back and is healthy and a good athlete,” Milk said. “He is versatile and can block and run. And then there is Parker Hart, my backup and a good slot back. He also is an excellent blocker.”

He mentions blocking because in the spread the receivers are required to block for run plays.

Milk likes the fact that the spread gives him more choices to where he can throw the ball.

“Last year I felt I was forcing the ball too much and I have been working on not doing that,” he said. “I think with the spread I will be forcing the ball less because this year I have more options.”

The Trojans quarterback’s goal is to win more games this year and of course to score more points.

Milk believes the team is embracing the new coach and system.

“I am really happy with what is going on with the team,” Milk said. “Everyone has a positive attitude and we are all excited.”

“The gains he has made athletically from his training are more than impressive, but most importantly he is a great young man and his teammates love him because he leads with love and example,” Gent said.

The new coach has no problem giving this much praise to his quarterback.

“Over the last several months of working individually with TJ, I have learned I can compliment him like this and know it only inspires him to work harder to strive for his full potential,” he said. “The only negative with TJ other than being human and imperfect is that I only get him for one year. I love this kid and am excited for the season ahead. It’s an honor to work with him and all these great young men.”