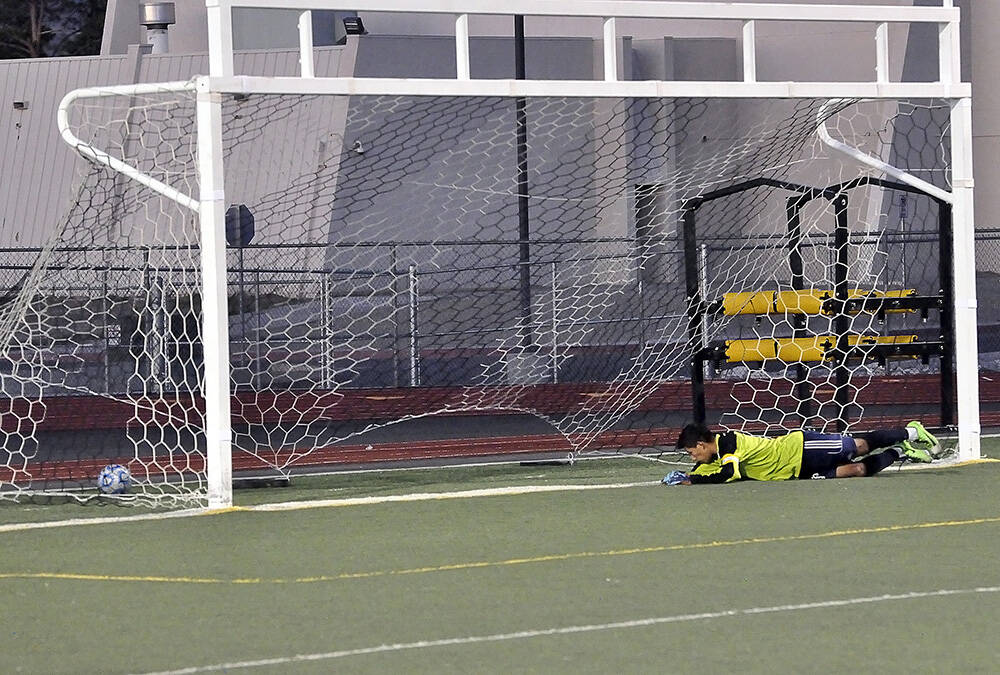 The Trojans offense was looking to continue their dominance in their second game of the season. After coming off of a 10-1 victory over Somerset Academy, PVHS had their eyes set on the Desert Shields of Cheyenne.

Senior forward Christian Mott, got the scoring started early. Mott, along with fellow senior forward Christopher Vega, got a 2-on-1 breakaway against the Desert Shields defense. Vega crossed a pass over to Mott who buried a right-footed shot into the back of the goal to give the Trojans a 1-0 in the 10th minute.

Shortly after allowing the goal, Cheyenne’s offense got a breakaway of their own. The PVHS senior goalie, Favian Romero, made a brave decision and came out of the net to attack the ball. He was able to make a diving stop, taking away the scoring chance from the Shields forward.

Midway through the first half, Mott got another breakaway scoring chance after he stole the ball from a Cheyenne defender. Mott was able to get a shot over the Cheyenne goalkeeper’s head for his second goal of the match, giving the Trojans a 2-0 lead.

Just before halftime, the match started getting very physical. Tensions boiled over when PVHS forward Vega got tied up with a Cheyenne midfielder. Both players began pushing each other and had to be separated by their respective teams. Vega was given a red card and ejected from the game for throwing a punch during the altercation. Cheyenne’s player received a yellow card for his part in the altercation.

Playing down a man for the remainder of the game, the Trojans got off to a slow start in the second half. The Desert Shields were able to tie the game with two quick goals at the beginning of the half.

Sensing the pressure, the Trojans kicked their offense up a notch and were able to take the lead for good with a goal from junior defender Jonathan De La Luz Reyes, his first of the game. The goal was assisted by Mott, who finished with a game-high three points, two goals and one assist.

The Trojans would add one more goal from junior midfielder Jose Mendoza-Lara, who took a throw-in from senior Anthony Chavez and was able to put it past the goalie to give PVHS the 4-2 win.

The next game for the Trojans is on Tuesday, Sept. 21, when they host the Wolves from Basic High School. Kickoff is scheduled for 5 p.m.