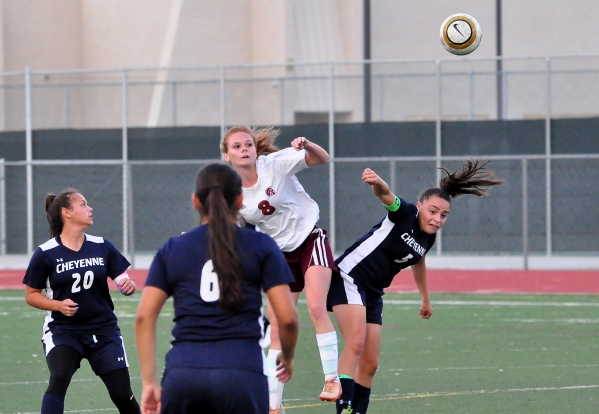 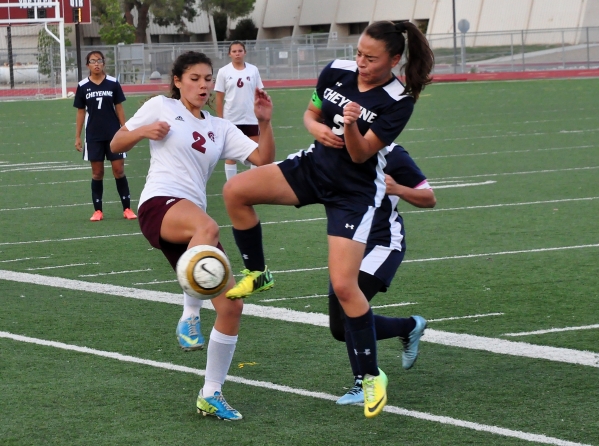 The Trojans girls soccer played Cheyenne on Tuesday for a chance at the regional playoffs. The girls fought their way back from a 2-0 deficit to tie in the final seconds of the game.

Although the girls didn’t lose, they had to beat Cheyenne and Faith Lutheran to have any chance of going.

Pahrump deserves a lot of credit, despite not making the playoffs.The girls lost their coach after they lost to Western on Sept. 21 and until recently their play had been erratic at best. Then in the second half of the season something happened and they changed and came out wanting to win. The girls have not lost a game since Oct. 13, when they lost to Clark. After that loss Pahrump has won or tied all their games through the Cheyenne game, which was a four-game stretch.

The team had an attitude change.

“I think lately we have been working better as a team, and now we are playing better,” senior Yesenia Garcia said. “We really wanted to win this one bad and we needed it to go to the regionals.”

Senior Jamie Murphy agreed with Garcia but added, “It was also a lot of seniors that wanted to win. The underclassmen just didn’t realize how short our time was with the team.”

Senior Yesenia Garcia scored the first goal for the Trojans at 2:36. She received the pass from a teammate at about 20 yards out from the goal and tripped and fell. She got up, dribbled the ball and then shot it like a rocket over the goalkeeper’s head for the goal.

The half ended with the score of 2-1 Cheyenne.

In the second half, Cheyenne made some adjustments and seemed to have possession more in the opening 10 minutes of the second half. The Trojans were playing a lot of defense, but managing to keep the ball out of the net. Then at the halfway point of the game, Pahrump took possession for a good five minutes but couldn’t find the net.

With just seconds left on the clock, Jamie Murphy and Paige Chaffee found themselves in front of the net alone. Chaffee got the ball and chipped it over the head of the goalie and scored.

“I knew I had just seconds left so I took a shot in the dark and it went in,” Chaffee said.

The game was tied at 2-2 and then the buzzer went off and it was over.

Pahrump played at Faith Lutheran (14-6-3, 9-2-2) for the end of the season and also it will be their last game with the Crusaders that they will play in the Sunset League. Faith Lutheran will move to Division I next fall.