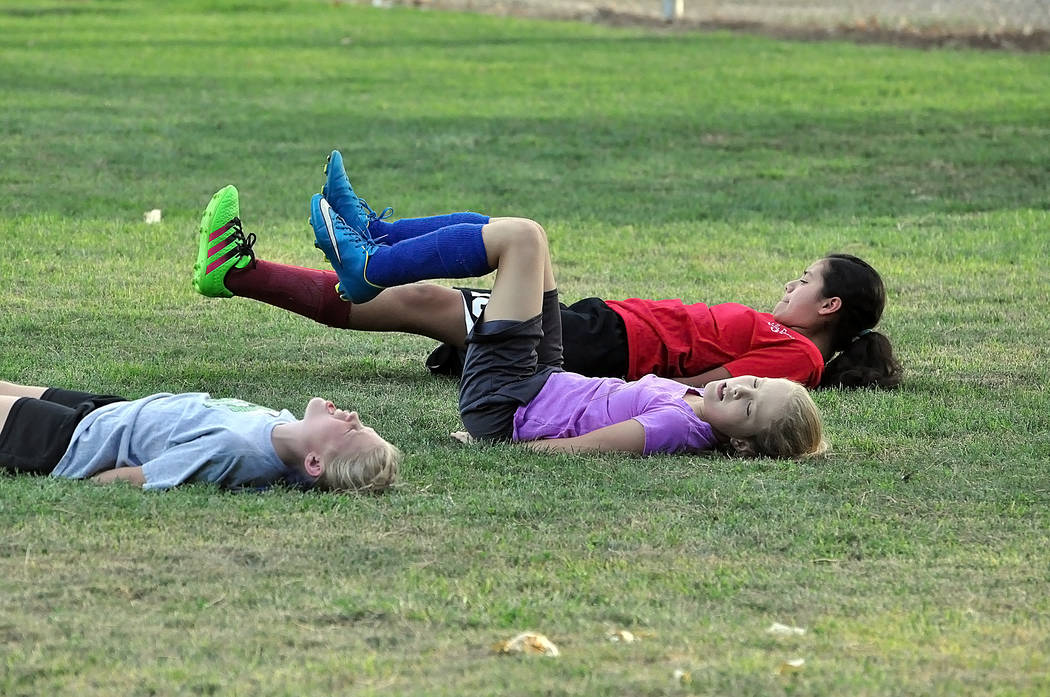 Kids at Ian Deutch Park start their workout. What started off as a team workout has become a huge gathering, sometimes well over 50 kids and an annual tradition. It is a three-week sports clinic for all athletes and it’s entirely for free. 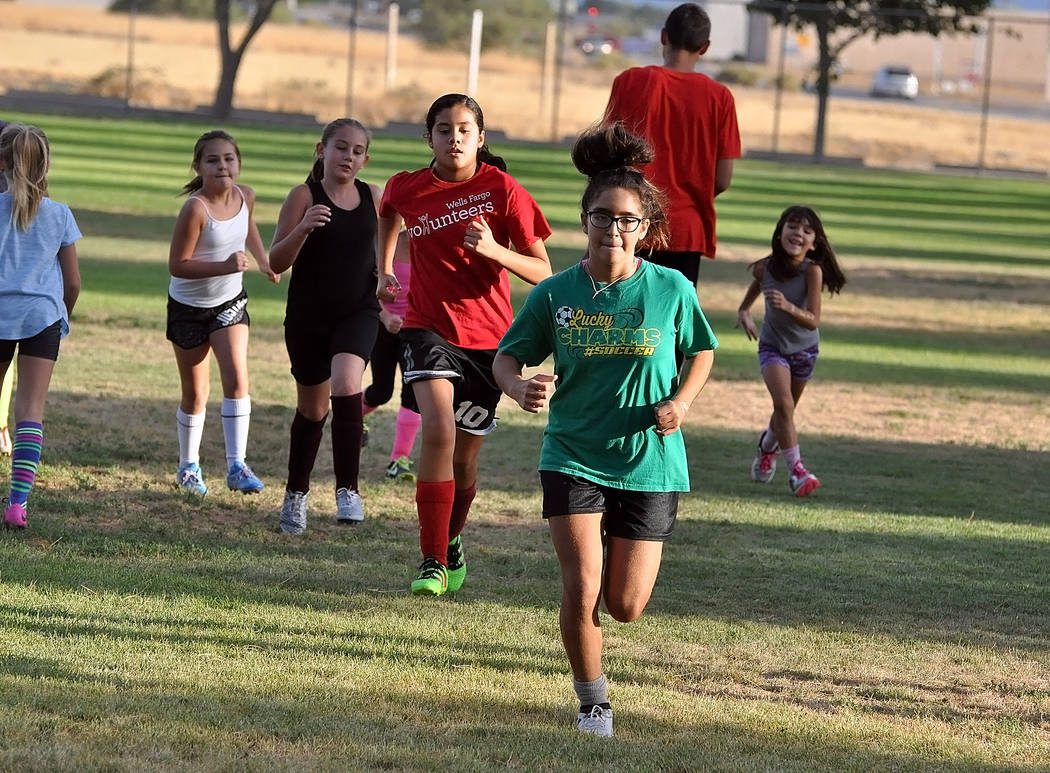 Horace Langford Jr./Pahrump Valley Times Soccer players, some football players and even basketball players come to the park for three weeks to get ready for fall sports or just to keep in shape. The tradition was started three years ago by Danny Coleman. 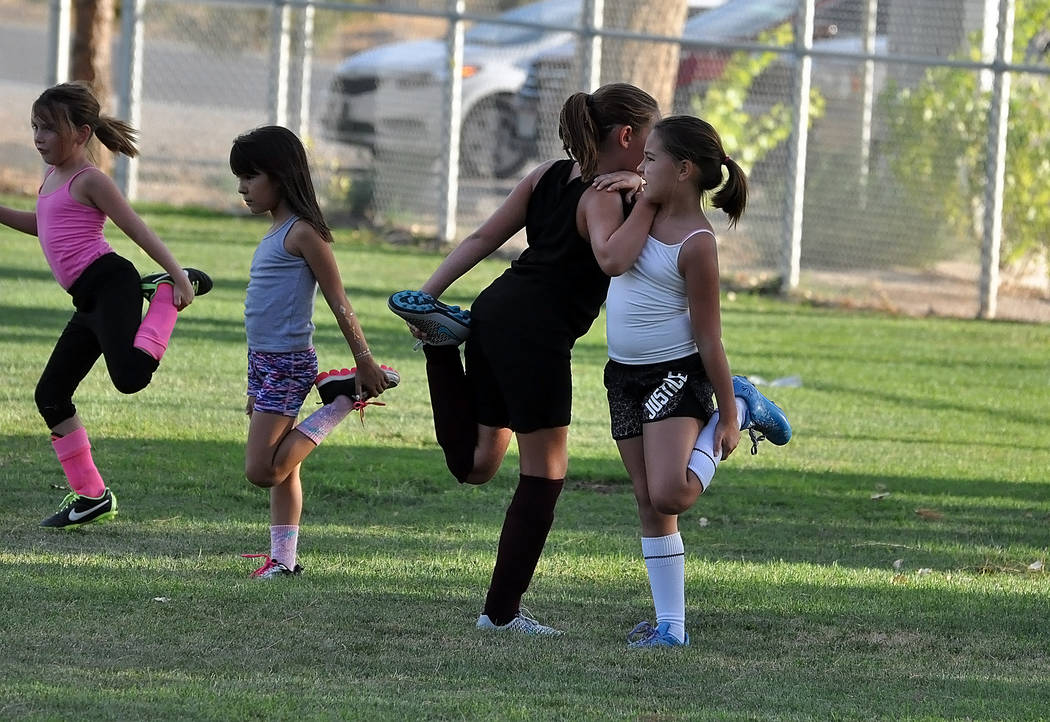 Horace Langford Jr./Pahrump Valley Times Athletes warm up. At the clinic, no kids are turned away and all ages are welcome.

In this town where the parents have to scrape to find a good sports clinic, some of the parents are tired of waiting for the clinics to come to them.

What started as a team workout has grown into a large gathering of teams all working together and conditioning. It has also become an annual tradition. The workouts are highly organized and geared to getting kids in shape for the fall season. What is unusual about it is the entire three weeks are free of charge. All the coaches donate their time.

“It started off three years ago,” Danny Coleman said. “A few of us soccer parents got together and started working together. There were about 12 of us then and it has slowly grown.”

It doesn’t really have a name but it has since grown to over 50 kids and is in its last week at Ian Deutch Park in Pahrump. This sports clinic is free and is run by several soccer coaches that have put their heads together. The coaches are Danny Coleman, Dusty Park, Casi Lamp, Kelli Hall, James Bohn and Nick Fletcher, to name a few.

“This year it helped that some new club soccer teams are starting up,” Coleman said. “We have some three to five club teams coming out just to practice.”

The kids coming out are not only soccer players.

“Some of these kids are not here just to play soccer, we have high school football players, some basketball players,” Coleman said. “Even the boys are forming club teams at the junior high level.

Fletcher, who played soccer and coached in England, believes in what Coleman is trying to do with his club team.

He has his coaching license with the U.S. Soccer Federation and was a head coach in Wisconsin.

“This is my second year helping with the girls high school soccer team,” Fletcher said. “The kids start by warming up. Then they work on fundamental skills. Then on Fridays, they scrimmage with other kids, which is broken into age groups.”

He said what is neat about it is it is free and kids from any sport can come out and get in shape.