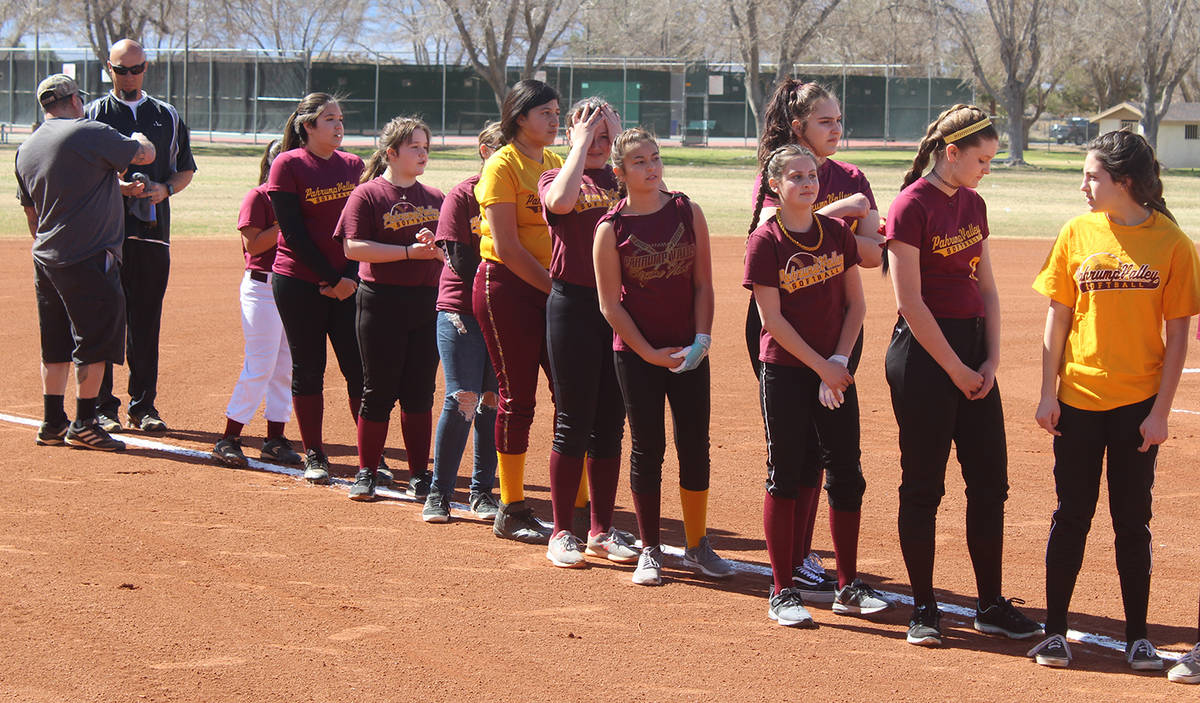 File photo Pahrump youth softball players line up before a fundraiser before the 2018 season. The Pahrump Youth Softball Association has canceled the 2021 season, saying they did not get volunteers needed to serve on the organization's board. 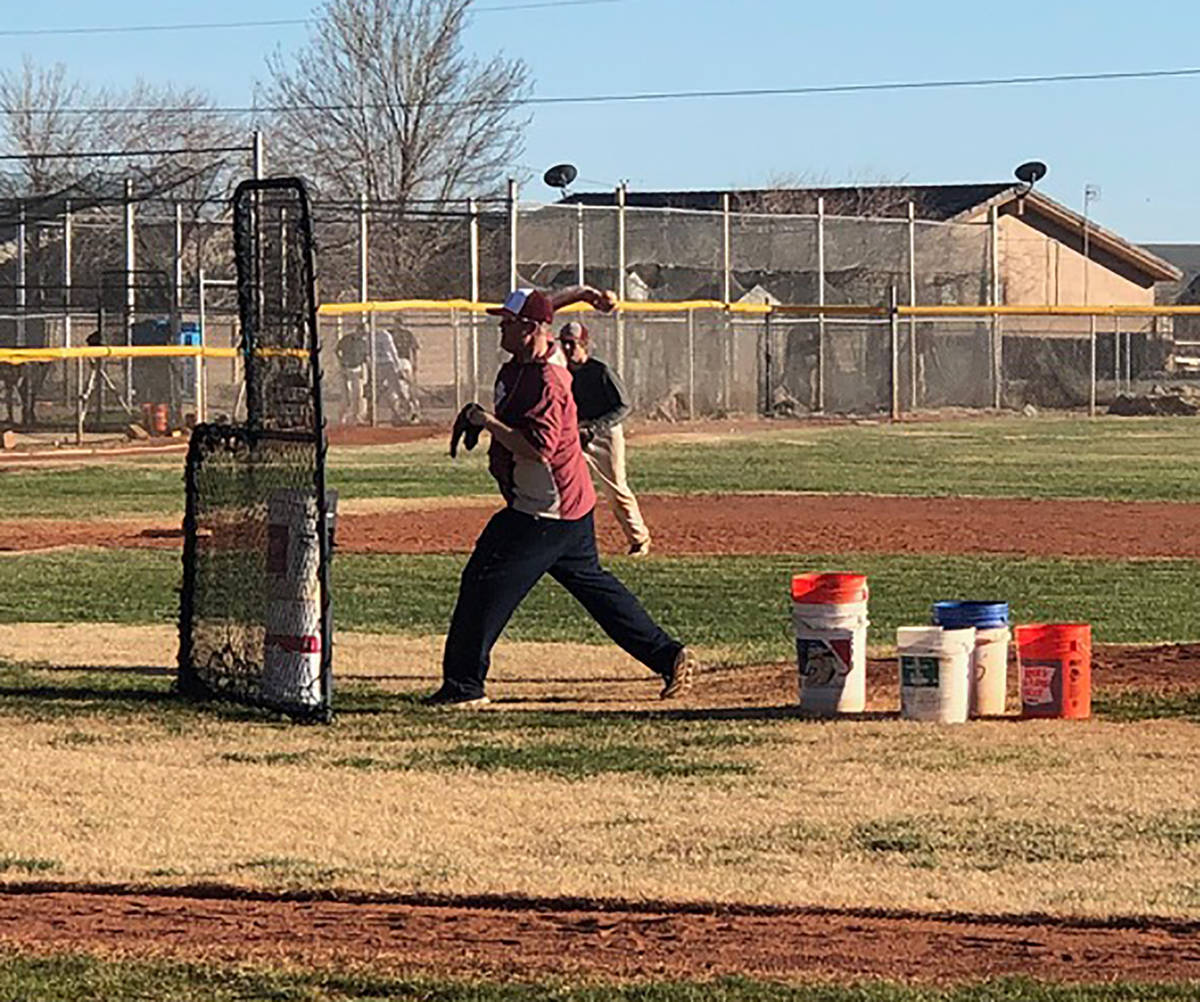 File photo Pahrump Valley High School baseball coach Brian Hayes, whose 9-year-old daughter has an interest in softball, is trying to organize softball teams to play in a Las Vegas league and has said he will coach one of them.

On Jan. 20, the organization posted that, since there is no league board this year, PYSA “will not be participating in the 2021 spring season.”

Pahrump Valley High School baseball coach Brian Hayes responded to the ensuing threat that he had a 9-year-old daughter and was willing to put together a travel team. “Our town is too big not to have a youth softball program,” Hayes wrote.

Hayes, who has coached baseball during the summer and fall as well as during the high school season, has offered to coach one of the teams and has reached out to a league in which Pahrump teams could play.

“I spoke with the director of South Vegas Girls Softball, and they said they could add us to their schedule,” Hayes wrote on Facebook. “We would basically run our girls through their league. They have 8U, 10U, 12U and 14U leagues. The games would be on Saturdays at Majestic Park.

“The cost would be around $185 per girl with uniform included. I am willing to coach the 10U team, but we would need someone to step up to coach the 8U, 12U and 14U teams.”

PVHS softball coach Cassondra Lauver urged anyone interested in playing to reach out to Brian or Kristi Hayes, saying “some amazing members of our community are trying to put together” softball teams.

“This is the future of our PVHS softball program,” Lauver wrote. The Trojans won their first state title since 2005 two years ago, and with softball season ended early because of the COVID-19 pandemic and the Nevada Interscholastic Activities Association not planning to have state tournaments in any sports this year, they still will be defending state champs at the start of the 2022 season.

Hayes said practices would be held in Pahrump and games would be played in Las Vegas, but players and coaches are needed to make a commitment quickly.

Anyone interested in coaching girls softball, or with a girl interested in playing, is urged to contact Hayes at 775-513-5315 or bhayes@nyeschools.org. Hayes said this is time sensitive and organizers need to get this going as quickly as possible.

“I need to get an official head count to SVGSA by this weekend,” Hayes said.