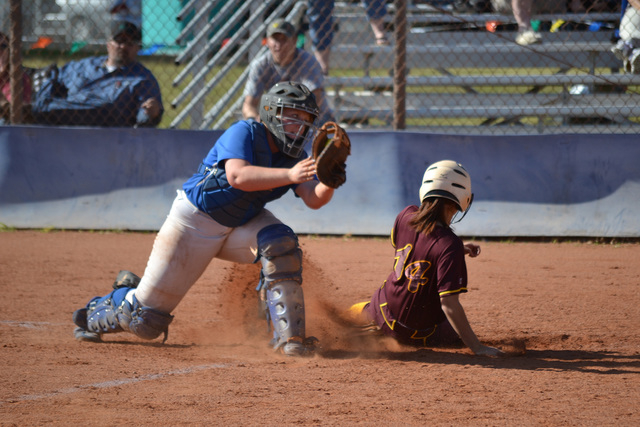 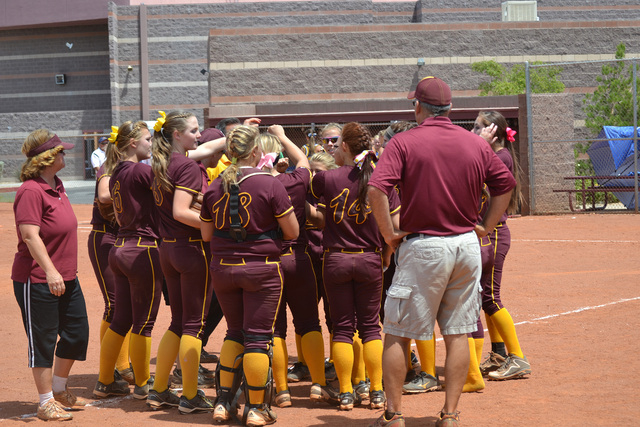 There was no way to predict that the Lady Trojans would have made it so far after finishing in third place in conference and yet they made it to within one game of the state finals.

On Thursday they continued the magic by defeating Fernley 1-0 on a two-out RBI by freshman Leeanne Kaiwi. Senior Whitney Roderick threw a three-hitter and struck out four for the win.

On Friday morning they dueled with Churchill County and the party came to an end. The Trojans won five straight playoff games before losing to Churchill 6-3. The loss meant they had to play Fernley again in the afternoon.

Trojans Coach Eli Armendariz said his team let Churchill get too far ahead and then made some crucial errors that they couldn’t recover from.

“It was definitely a game we should have won. We didn’t put any pressure on their defense and they put lots on ours,” he said.

The game was a slugfest. Both teams just kept scoring, but like their first meeting it came down to one point with a different outcome. This time Fernley came out on top 9-8.

In the Fernley game, Armendariz said it came down to a double play. “We had two girls on with one out and were about to take the lead when we hit into a double play to end the game,” he explained.

Roderick was a real trooper the coach said.

“Whitney went both games. She went almost the entire game against Fernley, and I finally took her out in the sixth inning. I took her out because she showed some signs of fatigue. She was in tears. We were down a lot at that time and I told her we just got to get the team fired up. I was thinking of putting her back in to close. I was one batter away from doing that,” he said.

Armendariz said Fernley had speed and the reason why Churchill and Fernley have come back to the state finals is because they both have experience.

“Next year we will have the experience and our girls will be hungry,” the coach said.

This will be the end of Trojans Coach Eli Armendariz’s third year. His second year he took the Trojans to the playoffs and this year was his first year in the state playoffs. Every year his team has improved. This year his team was Southern Regional Champions and next year no one will be surprised if the team takes both league and the regional title.

Next year the Trojans will not have the services of Roderick, but Armendariz has some other pitchers in Amanda Pryor and Lani Kaiwi and even Lauren Koenig.

The hitting and defense should be even better for the Trojans with Maddison Hurley, Lauren Koenig, Leeanne Kaiwi, Jordan Egan, Jill Smith, Koenig and Pryor all returning.