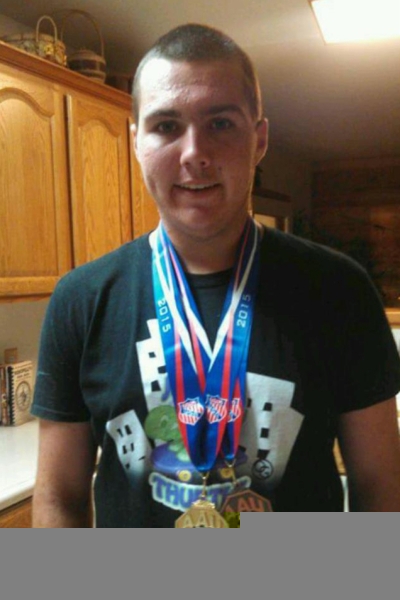 Trojans thrower for track and field, Jeremy Albertson, was a freshman last year but is already on par with past leading Trojans throwers.

On July 4, Albertson threw a personal best in two events, the shot put and the discus at a regional Junior Olympics track meet in Reno. This meet qualified him for the Junior Olympics Nationals in Virginia Beach, Virginia on Aug. 1 thru Aug. 8.

At that meet, Albertson took first place in the discus with a 120-foot throw and then threw a 34-foot shot to finish in third place in 15-16 year-old division.

The thrower said he owes his success to his club team in Las Vegas.

“I train three to four days a week in Las Vegas and I havenât stopped training since track ended in May,” he said. “I want to continue to work on my technique and keeping things tight and using my whole body to throw.”

Trojans athletic director Ed Kirkwood said he has heard nothing but good things about Albertson from his track coach.

“He had a great year and finished the year in the regionals and that is tough to do as a freshman,” he said. “He is a hard worker and soaks things up like a sponge.”