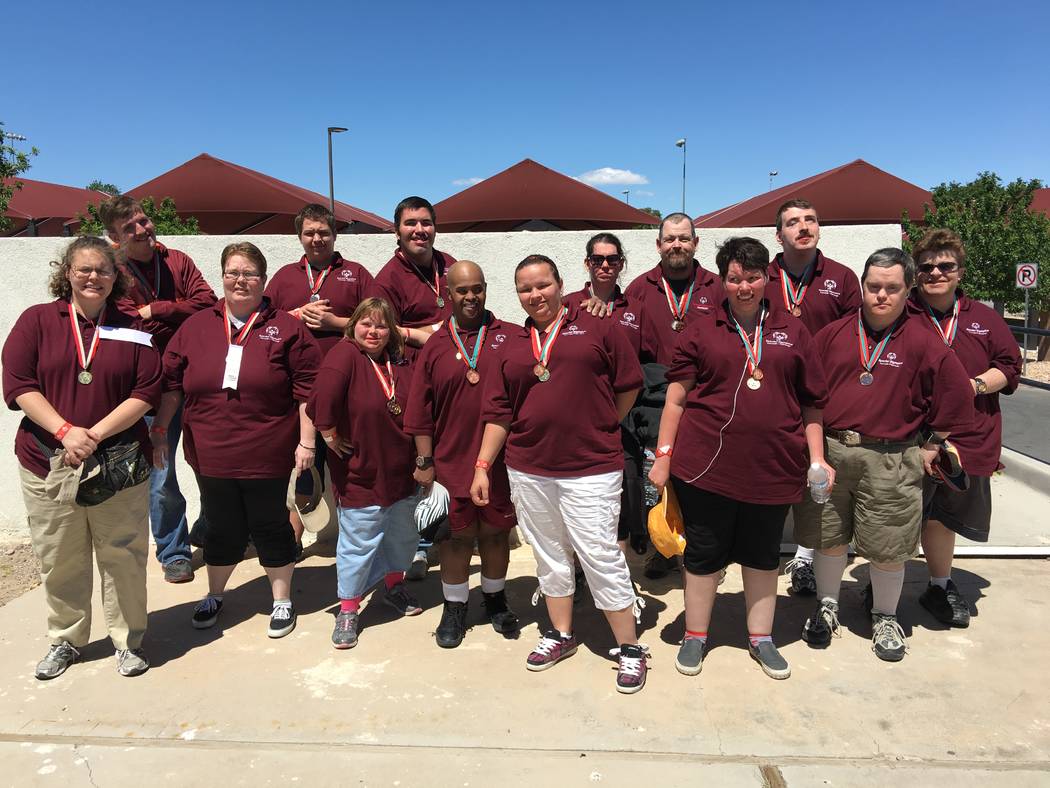 Ward takes over the operations of Pahrump Special Olympics from a parent advisory board that was appointed after former area director Jim Soltz resigned due to health issues last year. The area director position is strictly volunteer.

The new director has lived in the area for 28 years, is 32 years old and also works in the area.

“I currently work locally at Apartments 247.com and I am grateful to have a position that allows me to dedicate time to the Special Olympics program,” she said.

Ward is not a stranger to Special Olympics in Pahrump. She has a special needs brother who has Cerebral Palsy.

“I have spent 26 years side-by-side with my brother and I have been involved in everything he does physically and emotionally,” Ward said.

In addition to her experience with her brother, she has been affiliated with Special Olympics on and off for the past 12 years.

“When the opportunity arose for me to step into the role of area director, I couldn’t pass it up,” she said. “It was through the support of many parents, including Special Olympics veterans Don Briskey and Jim Soltz, that I realized my potential value to the program. I am very honored to have this role and I am eager to complete my first full year of many this summer!”

The new director said the year has gone by too quickly.

“The year has gone by great so far,” she said. “Our local Pahrump athletes have brought home approximately 36 gold medals, 26 silver medals, 14 bronze medals and 19 ribbons since the startup of sports last fall. Those achievements were from golf, soccer, softball, bowling and basketball.”

She said the team still has bocce ball and track and field to compete in, before taking the athletes to summer games in Reno this June.

Special Olympics is hoping to gain some new sports too.

“We are hoping this year to incorporate flag football as a unified sport with the Nye County School District,” the director said. “We are also looking to offer swimming here locally in the future, once we can secure a swimming pool 75 meters in length for our practices.”

Ward said the growth of the number of athletes means the organization needs new coaches.

“We have gained some new athletes over the last year and so we are in constant need of coaches and volunteers,” Ward said. “The relationships established between the athletes and coaches/volunteers is so very rewarding. It’s something that everyone should want to be a part of. It just takes a little bit of time out of your day, but the reward is truly amazing!”