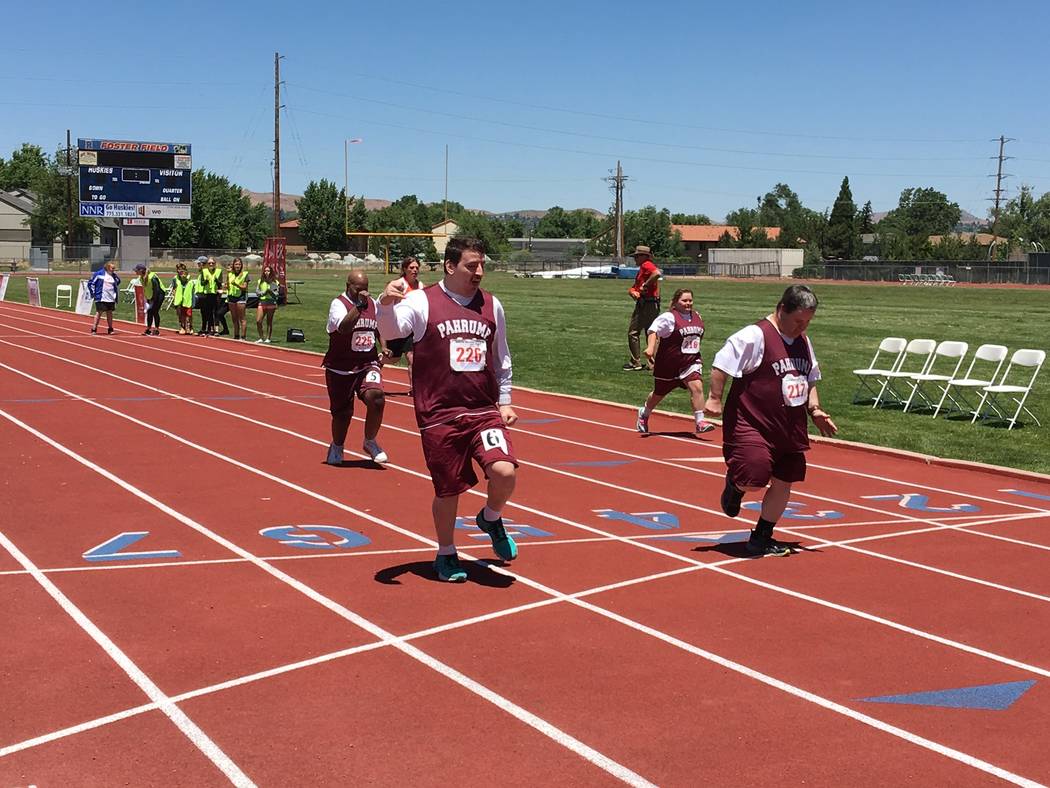 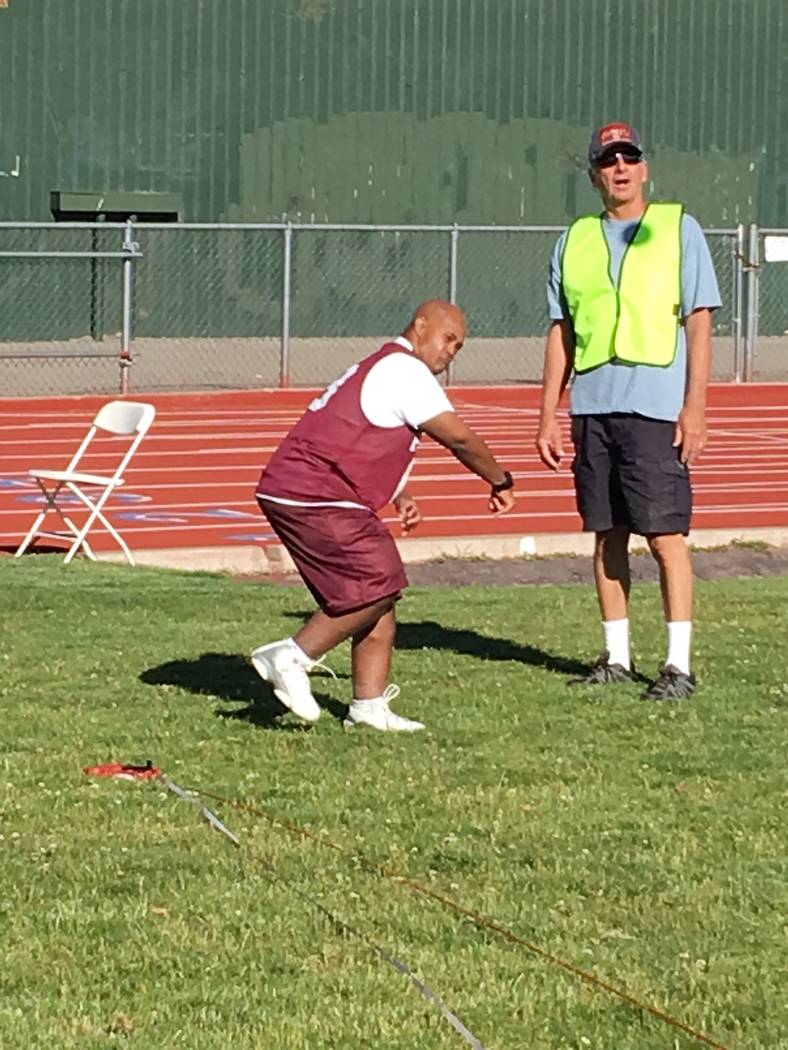 Michael Turrin gets ready to throw the softball at the Special Olympics Reno Summer Games, which were on June 9-10.

Special Olympics Nevada celebrated its Reno Summer Games on June 9-10, where nearly 300 athletes throughout the state and eastern California gathered for track and field, swimming and bocce ball at Reno High School and the University of Nevada, Reno.

“All of the athletes really went above and beyond this year,” Bobbi-lee Ward, Pahrump area coordinator for Special Olympics said. “They had a great energy and wonderful sportsmanship with their competitors. They worked very hard and never gave up, which is clear considering the amount of medals they brought home!”

Teresa Klem’s son, Billy, participated in the game and she said he had a really good time.

“Billy went; he got a second place, silver medal in both the long jump and the 200-meter run,” Teresa Klem said.

“He got to hold the torch and go in with the police officers at the opening ceremonies, which he really enjoyed. Bobbi-lee has done a super job this year.”

“She had fun at the dance, which was on Saturday,” he said. “She won a silver in the 100, the softball throw and a bronze in the 1,500-meter walk. The weather was on the chilly side, but it just meant they huddled together.”

“I did really well,” Samantha Soltz said. “Every athlete had a great time. My favorite event was the 1,500 and the best time I had was stopping to eat lunch.”

Kellye Dorrough was in three events, the softball throw, the 25-meter dash and the 100-meter walk, taking silver in all three. She said she too had a great time.

“My favorite event was the walking,” she said. “It was cold this year up there and I loved eating the pancakes.”

Soltz said since the Reno games added bocce ball, it meant they could send one more athlete to the games.