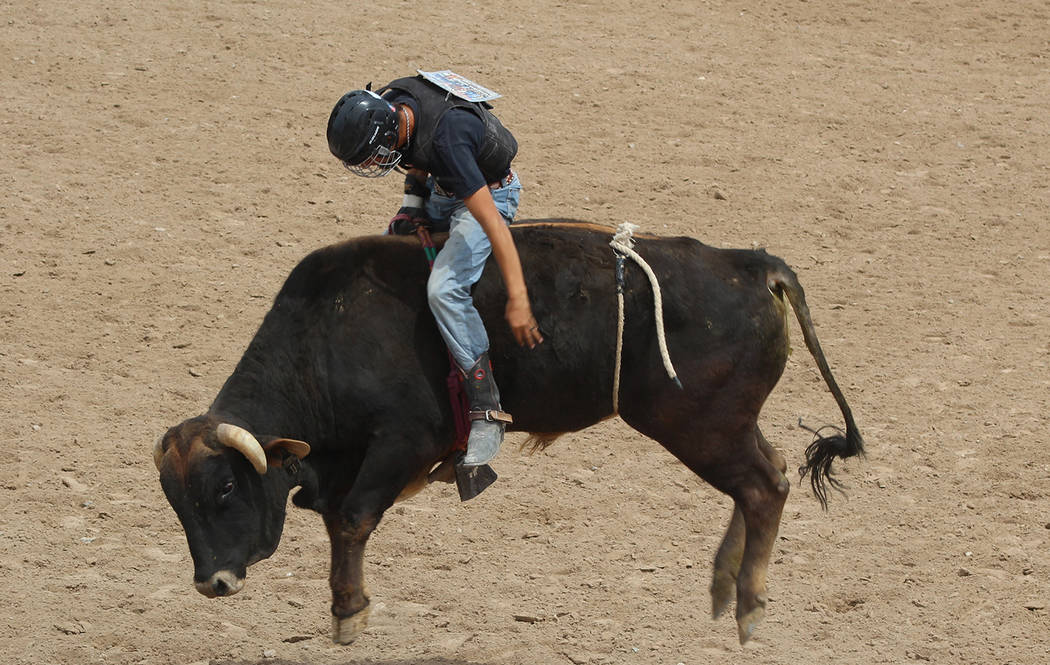 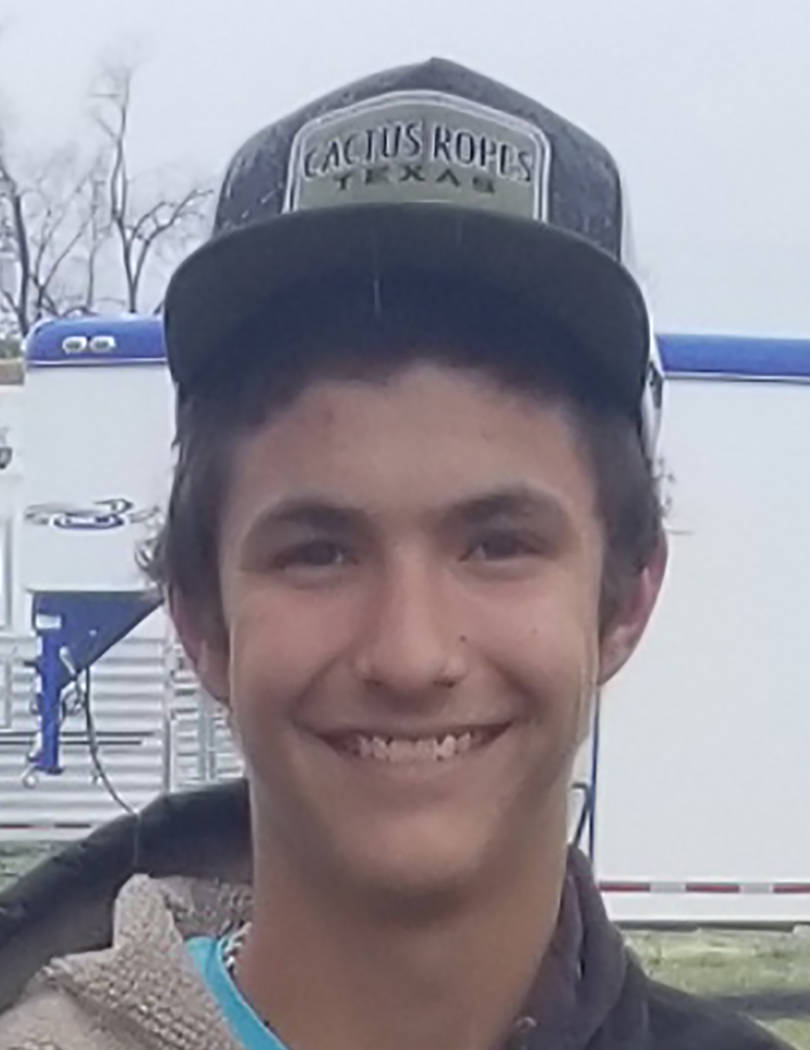 Buddy Krebs/Special to the Pahrump Valley Times Tye Hardy of Pahrump qualified for the National High School Finals Rodeo in Wyoming, and Pahrump Valley Rodeo Director Buddy Krebs is seeking sponsors to help defray the cost of the trip.

When Tye Hardy of Pahrump won two buckles at the Nevada State High School Rodeo Association finals in Winnemucca, he already had his sights set on a much bigger prize.

Finishing second in bull riding and third in saddle bronc riding was a satisfying accomplishment for the junior, but he already had qualified for nationals in both events. For Pahrump Valley High School, which did not have a rodeo club for more than a decade, Hardy making nationals was a big deal.

“It’s really remarkable, in our first year back, having a kid make it to nationals in bronc riding and bull riding,” Buddy Krebs, Pahrump Valley’s rodeo director, said after the state finals.

The event is a big deal.

The National High School Rodeo Association is one of the nation’s fastest growing youth organizations, with an annual membership of approximately 12,500 students from 41 states, five Canadian provinces and Australia.

The National High School Finals Rodeo is billed as the “World’s Largest Rodeo,” featuring approximately 1,500 contestants vying for national titles, assorted prizes and their share of thousands of dollars in college scholarships.

But the finals will be held in Rock Springs, Wyoming, and money is needed to help fund the trip. Krebs has been working to raise that money.

The rodeo club held a car wash June 17 to help raise money for both Hardy’s trip and Raelean Sutton’s trip to the Silver State International Rodeo in Winnemucca, which is going on this week.

But washing a few cars wasn’t going to raise the money Krebs estimated it would take to get Hardy to Wyoming for the nationals, which are scheduled to start July 15 at Rock Springs’ Sweetwater Events Complex.

“It’s going to be 12 days in Wyoming, so it’s going to be pretty expensive,” Krebs said. “We leave next Friday, and we’re about halfway to where we need to be.”

Krebs has set up a Gofundme account at www.gofundme.com/send-tye-to-nhsra