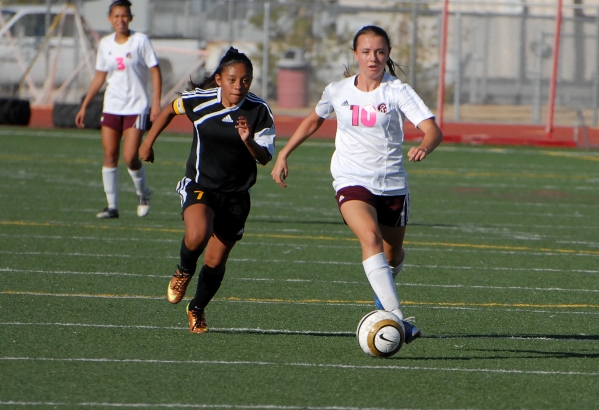 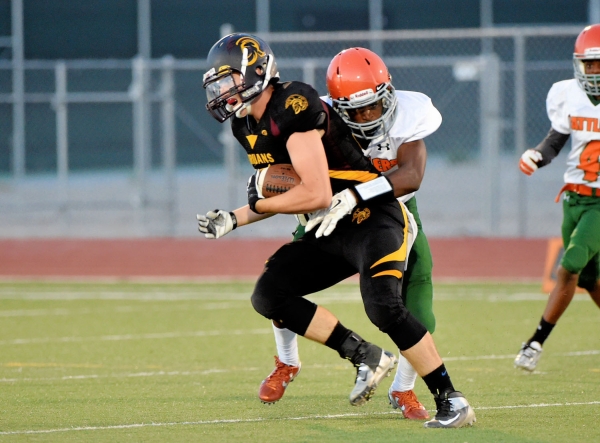 The state title is every high school coach’s dream. From day one the coach will tell you his goal is to win the state title. What kind of athletes does it take to win a state title and can Pahrump Valley compete in this age?

Yes, we did, but what about the other sports? It’s been two years since we won a state soccer championship. Can we do that again? Maybe.

Sports in Southern Nevada are ever-changing. The three-sport athletes in the bigger schools are few and far between. I believe from years of watching high school athletics, that athletes at the bigger schools are more geared to wanting to play at the college level. These guys tend to train in club sports, which are readily available to these athletes in the Las Vegas area and because of this you see the Las Vegas teams have the advantage at winning the state titles. Pahrump athletes have no club teams available to them out here and must travel to Las Vegas for that experience.

Don’t get me wrong, we have some very talented athletes at Pahrump Valley High School.

is another for the girls, who plays three sports, volleyball, basketball and softball.

Then there were the Clayton boys, who wrestled and played football.

I guess the question is, can we have two-sport athletes, even three-sport athletes and be competitive in Division I-A? I think we can as long as the coaches understand that they must share the athletes.

The high school has done this with other athletes in the past and must continue do so in the future. They must let the athlete know it is OK to miss a practice or a game if they have other commitments with another sport.

Most of the coaches have been pretty supportive of each other to this point.

Trojans wrestling coach Craig Rieger has told me on numerous occasions how important three-sport athletes are to the school.

Every sport at our high school feels it is the most important sport, but at the same time every coach for the Trojans knows that there are just not enough athletes to go around.

The Pahrump teams depend on three and two-sport athletes to compete. This means these athletes sometimes will have some overlap in other sports and that must be OK with the coaches.

A case in point was Sydney Sladek. She was the best soccer player the girls’ team had ever seen, scoring 78 goals in a year, but she also ran track and was a state champion in the 800 meter.

She regularly missed track meets to practice her favorite sport, which was soccer, for she played on a club soccer team during the spring (when track was going on). Sladek was not going to give that up and she told the track coaches this and they agreed it was OK to do so, although at the time, Ed Kirkwood (head track coach) and Craig Rieger (track distance coach) grumbled about it, but the point is they didn’t kick her off the team for missing meets.

This type of relationship between the athletes and coaches must remain.

I know the coaches at Pahrump Valley understand this and want to remain competitive. I know they know they can’t chastise an athlete for loving to play more than one sport. I think it will take communication between the sports and some coaches are better at it than others.

And of course I know some coaches fail to meet the communication standard. They just don’t feel they need to.

Parents also need to communicate. For example, if your son is playing football and he has a baseball commitment that you paid for in advance then you must help convey this to the football coach in advance. Parents don’t realize how hard it is for teens to communicate with their coaches.

It all boils down to a team effort. Parents, athletes and coaches must come together and communicate and then and only then will the state titles come rolling in.