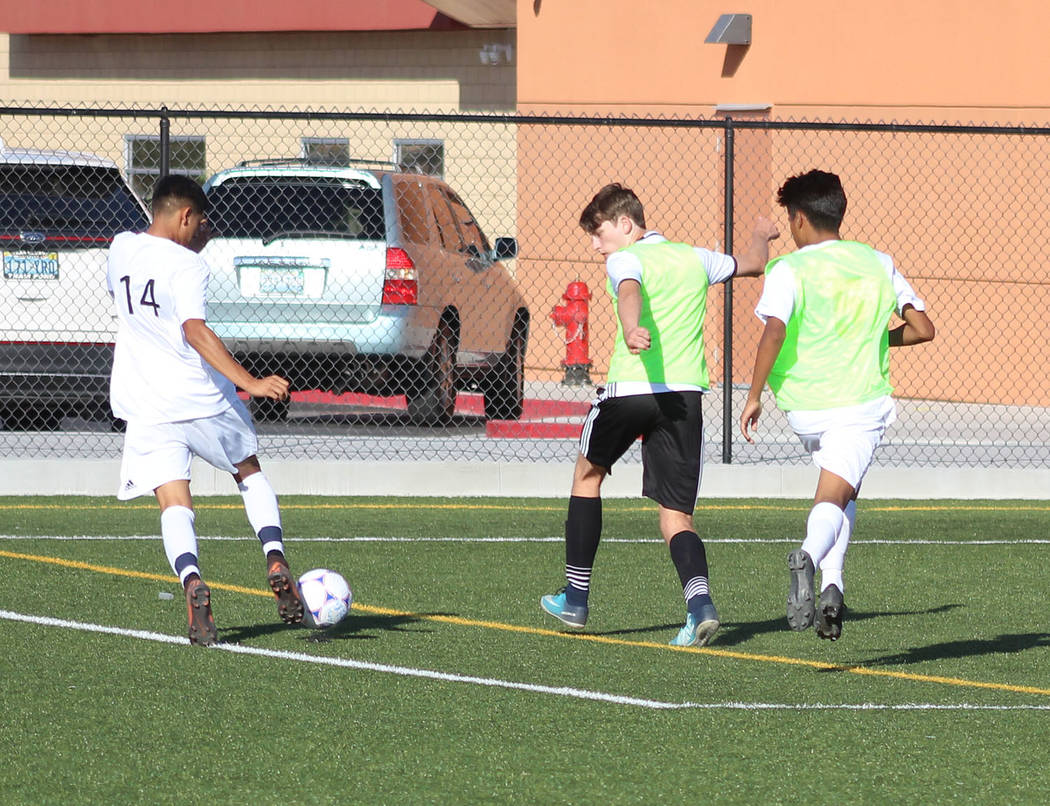 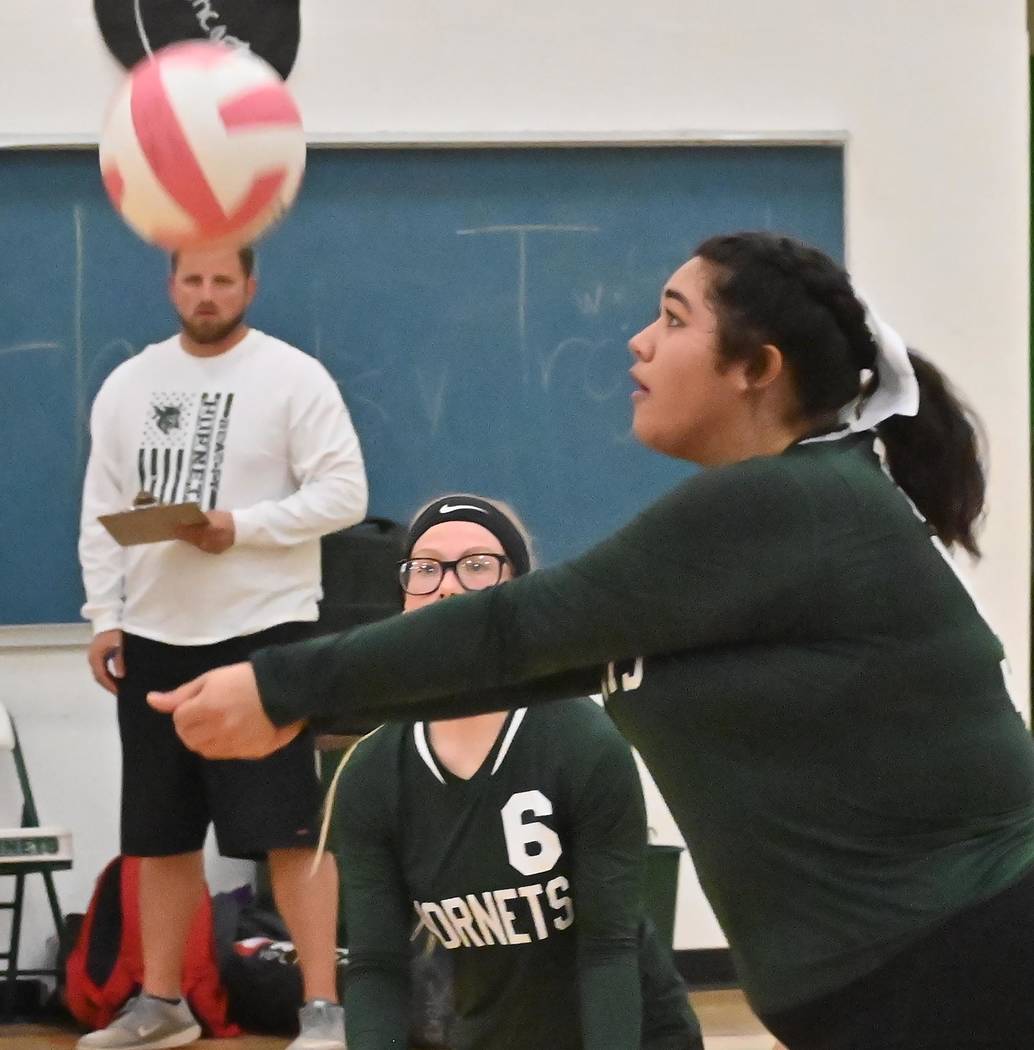 Richard Stephens/Special to the Pahrump Valley Times Beatty's Adriana Gil recorded 5 kills Tuesday as the Hornets defeated Word of Life 3-1 to maintain a first-place tie with Green Valley Christian in the Class 1A Southern League.

Abraham Alvarez scored both goals Tuesday as the Pahrump Valley High School boys soccer team took a 2-0 lead and held on for a 2-1 win over Valley in a key Sunset League match.

It was the second victory this season for the Trojans over the Vikings after a 3-2 Pahrump Valley win Sept. 17 in Las Vegas. It also was an important bounce-back match after a 2-1 loss to Mojave in their previous game Oct. 16.

Christian Mott assisted on one of Alvarez’s goals for the Trojans, who were in control for much of the game.

“They were shooting from far out,” Pahrump Valley coach Chris Roberts said. “Like 30 (yards)-plus.”

There is a good chance the Trojans’ playoff chances will, just like last year, come down to the final game of the regular season against Del Sol. They faced Western (14-1-1, 11-0) on Thursday and will play at home Monday against Adelson (1-13-1, 0-10-1) before visiting the Dragons on Wednesday.

Beatty High School coach Steve Sullivan has spent a lot of time this season talking to his players about offensive errors on both attacks and serves. Half of that message got through Tuesday against Word of Life, and it paid off in a key league win.

“We really have been taking a look at our starter’s individual hitting and serving percentages as well as the team’s as a whole,” Sullivan said “Through our first four league games we have had at least one player with a negative hitting percentage, which means she’s making more mistakes than she is kills. So the focus for our hitters has been to keep their percentage out of the negative.

“Against Word of Life I was really pleased that we were able to do that. None of the girls were in the negative.”

Serving remains an issue, as Sullivan noted the Hornets, who average 16 service errors per match — “an ugly statistic,” he called it — made 18 against Word of Life.

“Which at this point of the season should not be happening,” Sullivan said. “So moving forward we will continue to work on our hitting percentages and really focus on our serving.”

But Sullivan believes the Hornets can pull it all together before the postseason.

“I feel like there is a very tough team waiting to come out of these girls,” he said. “I believe that if we get our hitting percentages up, minimize our service errors and fine-tune our reads on defense, we could end up first and make a deep run into playoffs.”

Making the playoffs looks like a good bet at 4-1 in the South with two matches remaining, but who will be seeded where is a big question. While the Hornets and Guardians are tied at 4-1, Beaver Dam and Pahranagat Valley are right behind at 3-1. The Diamondbacks hosted the Panthers on Thursday, while the Hornets traveled to Indian Springs (1-4) and the Guardians faced Sandy Valley (0-5).

Beatty will wrap up its season at 5 p.m. Nov. 1 at home against Pahranagat Valley.

Senior Grant Odegard covered the 5,000-meter course at Basic Academy in Henderson in 17 minutes, 27.8 seconds to finish in fifth place Saturday and lead Pahrump Valley High School to a third-place finish in the Sunset League.

Valley senior Christian Franklin dominated the field, finishing in 15:35.3 to outpace second-place Oracio Garcia of Democracy Prep by 1:18. The Vikings won the team title with 36 points, with Del Sol in second with 67 and Pahrump Valley next with 68. Mojave (83) and Somerset-Losee (85) rounded out the Sunset League standings.

Valley also took the girls Sunset League title, finishing with 18 points to beat out Pahrump Valley (43) and Del Sol (74). No other schools qualified for the team title.