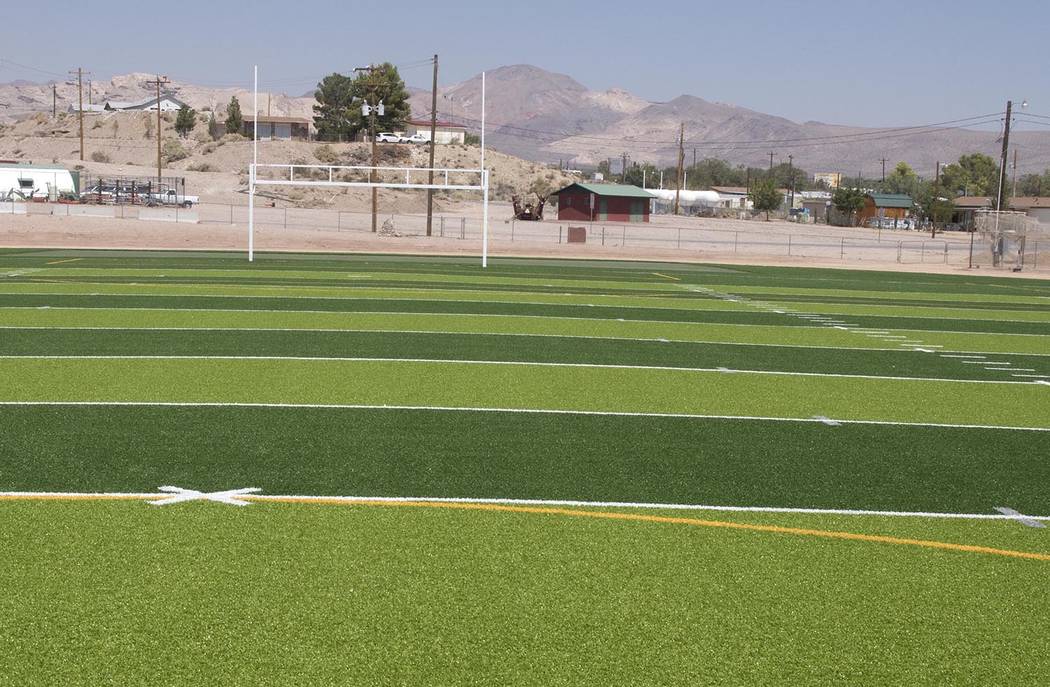 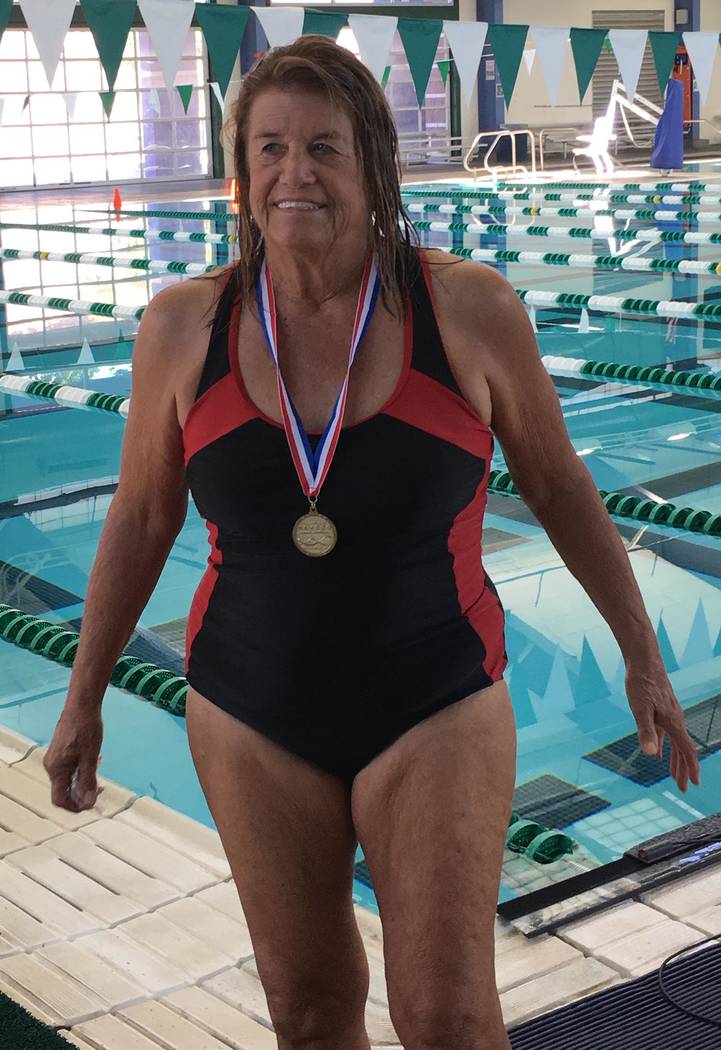 Special to the Pahrump Valley Times Cathy Behrens of Pahrump swam the 50-yard freestyle in 1 minute, 9.6 seconds to win the gold medal last month at the Nevada Senior Games in Las Vegas.

While the Beatty High School football team’s fourth-place finish in the Southern League did not earn a playoff berth, there will be playoff games on the Hornets’ home field.

For the second year in a row, Beatty will host Class 1A playoff games. Last season, Spring Mountain claimed the state championship by defeating Tonopah in Beatty. This year, those teams will meet at noon Saturday in a state semifinal.

But that will not be the only action in Beatty on Saturday, as the Hornets will host both state semifinals. Pahranagat Valley will take on Smith Valley at 3 p.m.

This is one of the things Beatty athletic director Leo Verzilli envisioned when the new football and baseball fields at the school were completed last year.

“We can share this thing with other people,” he said at the time. “Nobody is going to say no if Tonopah wants to meet Alamo halfway instead of one of them making a four- or five-hour trip. Round Mountain, Tonopah, those guys are more than welcome to use our field if they want to meet someone halfway if we’re not there.”

And while Beatty’s location makes it a natural for games needing a neutral site, Verzilli said the school doesn’t gain much from hosting the semifinals. The Nevada Interscholastic Activities Association supplies the officials, the chain gang and the scorekeeper.

“All burden, no boost,” Verzilli described the outcome for Beatty. “We only get concession money, and the NIAA gives me a small stipend to divvy up among all of the helpers.”

But there is one other positive, although the benefits might not be tangible.

“We get to show off our new field,” Verzilli said.

When Cathy Behrens of Pahrump got to the pool for the 50-yard freestyle at the Nevada Senior Games in Las Vegas, she realized she had no competition.

“Of course I swam my heart out and did a darn good job, I feel, and you get the gold, but there’s no competition,” Behrens said. “It’s a little embarrassing, actually.”

Behrens, competing in the 75-79 age group, finished the race in 1 minute, 9.6 seconds, and she said she understood why there were more swimmers at Pavilion Pool last year.

“Last year it was about swimming to win a spot at nationals, and it was crowded,” she said. “But this time, there was nobody up there that was 77.”

And while Behrens considered entering more events, she decided to play to her strength.

“I thought about upping my game, but I just haven’t yet,” she said. “I know Susan (Zink) goes in two or three, but I just choose not to do that. I do the 50. It’s a sprint, it’s what I can do and what I feel confident in.”

Pahrump resident Susan Zink, 69, actually swam in six events at the Nevada Senior Games, winning silver in five of them.

Zink also entered the 200-yard individual medley but was disqualified.

The Pahrump Valley High School football team will be holding its annual Awards Potluck on Tuesday, Nov. 19, at 6 p.m. in the school cafeteria.

The potluck is scheduled to conclude by 8 p.m.