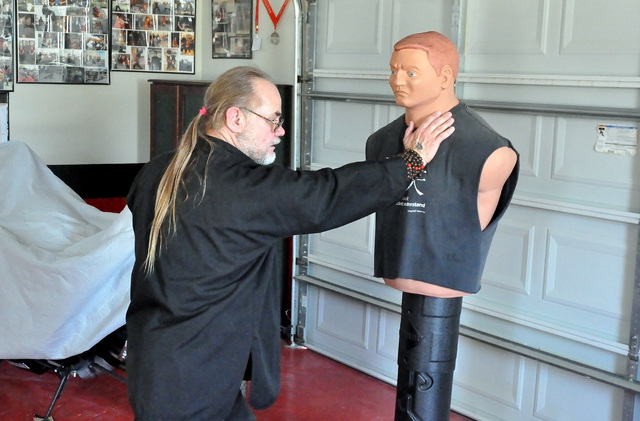 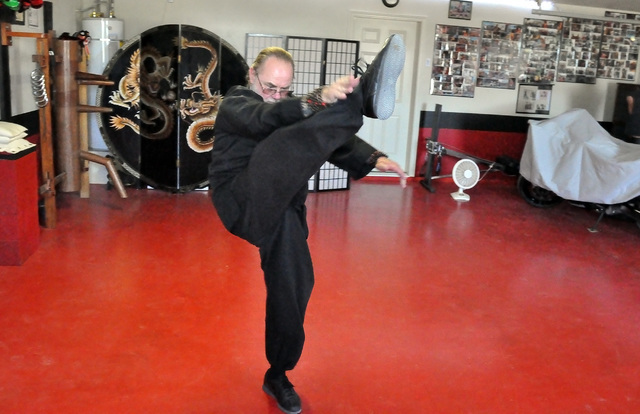 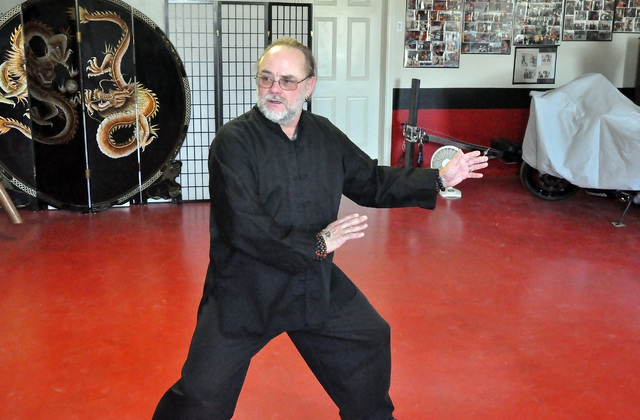 Horace Langford Jr / Pahrump Valley Times Kung Fu instructor Evan Thompson shows the benefits of tai chi. He says this martial art is great for seniors because it can increase mobility, movement and flexibility. In addition, despite its speed one can also get a good cardio workout from it.

Millions of people around the world wake up each morning and can be seen in parks and malls doing tai chi. In China people do it because the Chinese believe that a healthy body leads to a healthy mind, but for the rest of the world it has become just another exercise routine.

For Evan Thompson, a local kung fu instructor, it is a lot more than just exercise.

In America some trendy new age movement has got a hold of it and it is now in gyms and parks across the country, Thompson said. These people call it moving meditation. I dont like that explanation but it is meditative. Very few know that it is a form of martial art and part of kung fu.

According to Thompson, who has been a student of kung fu since 1986, learning Tai Chi is a discipline, where students learn to move their internal energy around.

Why tai chi is considered today something just associated with health and wellness comes from the Chinese themselves, he said. The Chinese wanted to hide the martial arts aspect of tai chi in the early days of communism so they said people should do it for health and wellness reasons. They hid the fighting aspects for after all they didnt want to be training future revolutionaries how to fight, so they suppressed the kung fu.

He said tai chi is old, but the historians are not certain how old it actually it is.

Even the Chinese dont know, Thompson said. Some say it predates the Shaolin, which means its older than 1,500 years and others say it comes from the Shaolin.

Thompson learned the martial applications of tai chi and when he teaches this art it is taught as forms, just like in any other kung fu class. He knows five tai chi forms but says there are many more.

He said there are reasons people dont see the martial applications.

When people do tai chi, they do it really slow, Thompson said. This is done when doing the health and wellness aspect of the martial art. It may look slow but you are actually doing a lot of cardio while you do it. People are winded after they do tai chi.

He said if you want to use it as a martial art, it just has to be sped up.

Tai chi is slow because you have to listen to your body, he said. When you speed it up you tend to drown out what your body is saying.

Tai chi can show people how to use all their energy. He explained that in martial arts this is important that all the body parts are choreographed so that all energy in a strike comes to a point.

The Chinese use tai chi to coordinate all the parts of the strike with the energy and thats why it is taught slowly.

He used punching as an example. When you punch someone, you want all the energy to come to a focused point. One gets that energy from all parts of the body: from the hips, the arms and even the legs.

When people first learn to punch in kung fu they forget to use the hips, or only use the arms and dont use the legs, he said. Tai chi helps with this process by slowing things down and listening to the body.

The benefits of doing this martial art slowly are many, Thompson explained.

If seniors wanted to learn a martial art, I would tell them to take tai chi, but I wouldnt tell a child to do this because they get bored fast with tai chi. But older people benefit because of the balance aspects and they actually will find they also benefit from increased movement and they will fall less.

He said some seniors he started on tai chi increased their mobility immensely.

I had this one lady that had knee problems and couldnt walk and had to hold on to the wall for support, the kung fu expert said. After a while I had her walking without holding on to the wall. She was 65.

Thompson said in his tai chi class he goes at a pace where everyone can learn.

With each student I have to adjust my teaching, he said. Everyone learns differently. Some need only one explanation, while others need it repeated several times. Again, tai chi is all about listening to what your body is saying. I dont want anyone straining themselves to the point they hurt themselves.