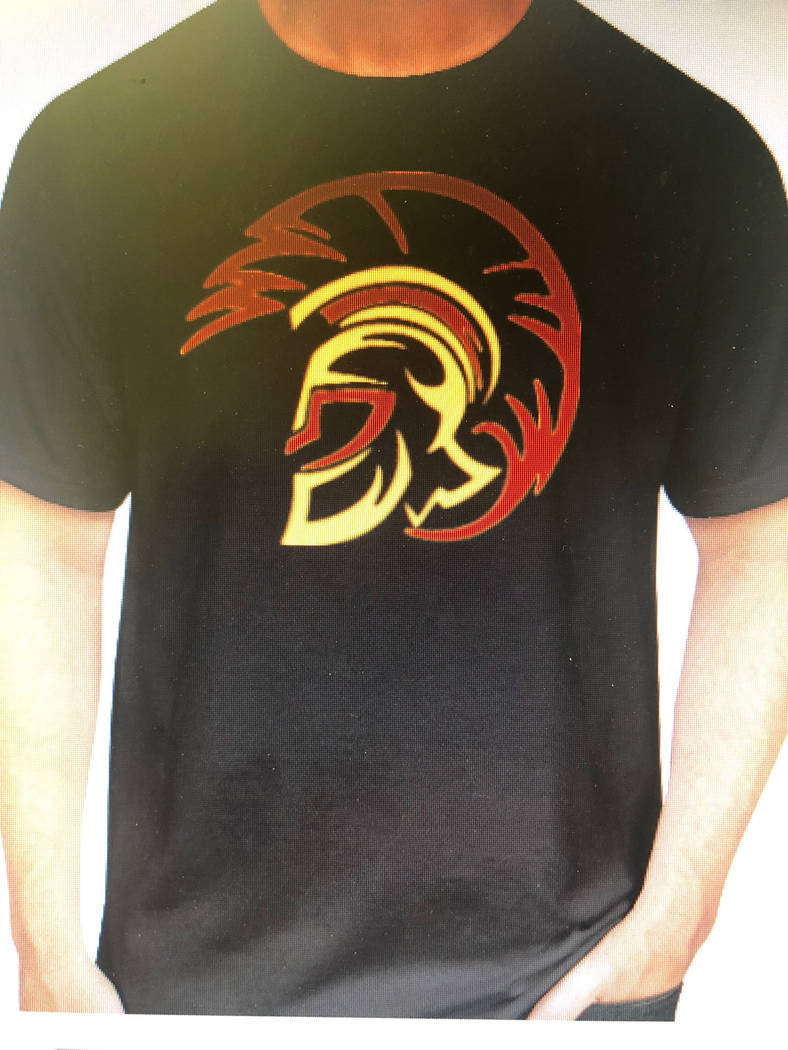 Cindy Colucci/Special to the Pahrump Valley Times The first 1,000 fans through the gate Friday night for the football playoff game between Pahrump Valley and Boulder City high schools will receive this "black-out" T-shirt. The game begins at 7 p.m., with a pregame tailgate party from 4-6 p.m. 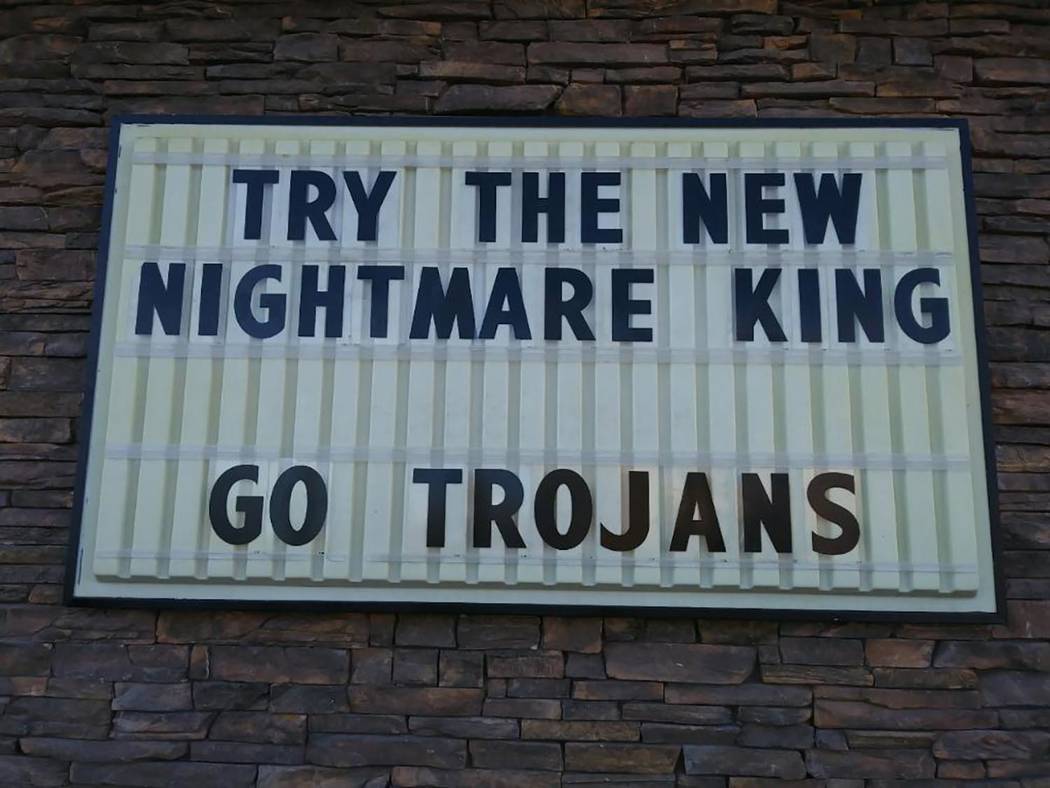 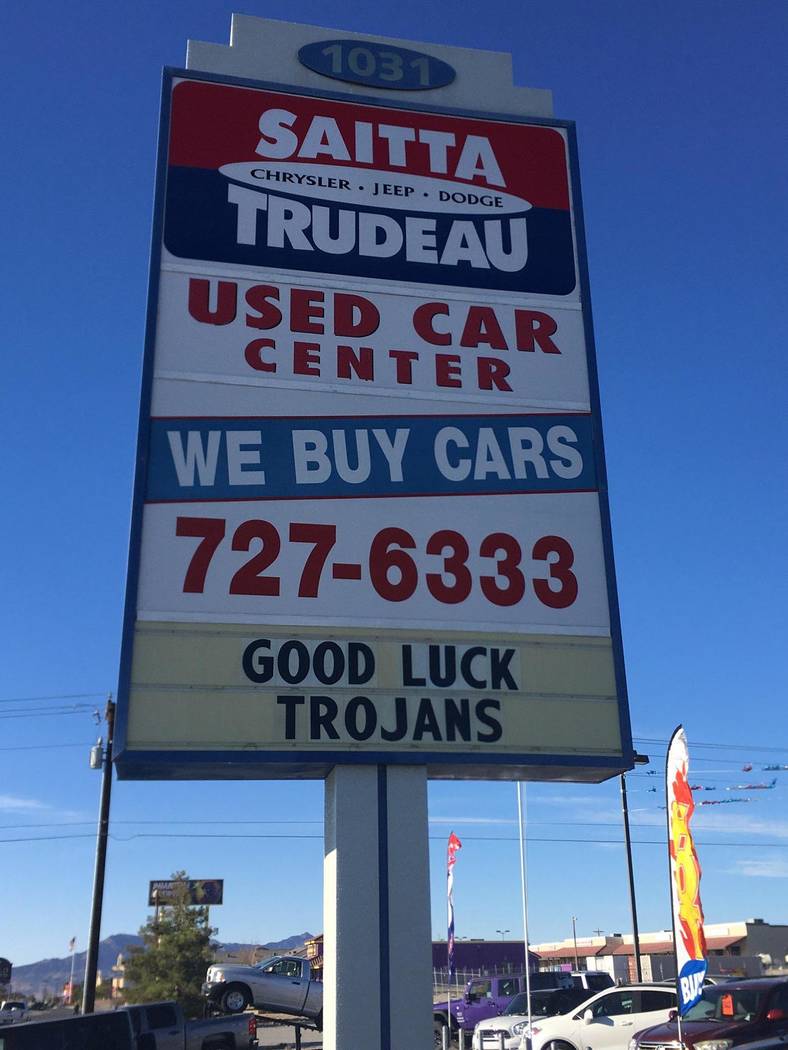 Cindy Colucci/Special to the Pahrump Valley Times Saitta Trudeau Chrysler Jeep Dodge, a longtime supporter of Pahrump Valley High School athletics, shows its support for the Trojans as they take on Boulder City in the Class 3A playoffs Friday night in Pahrump. 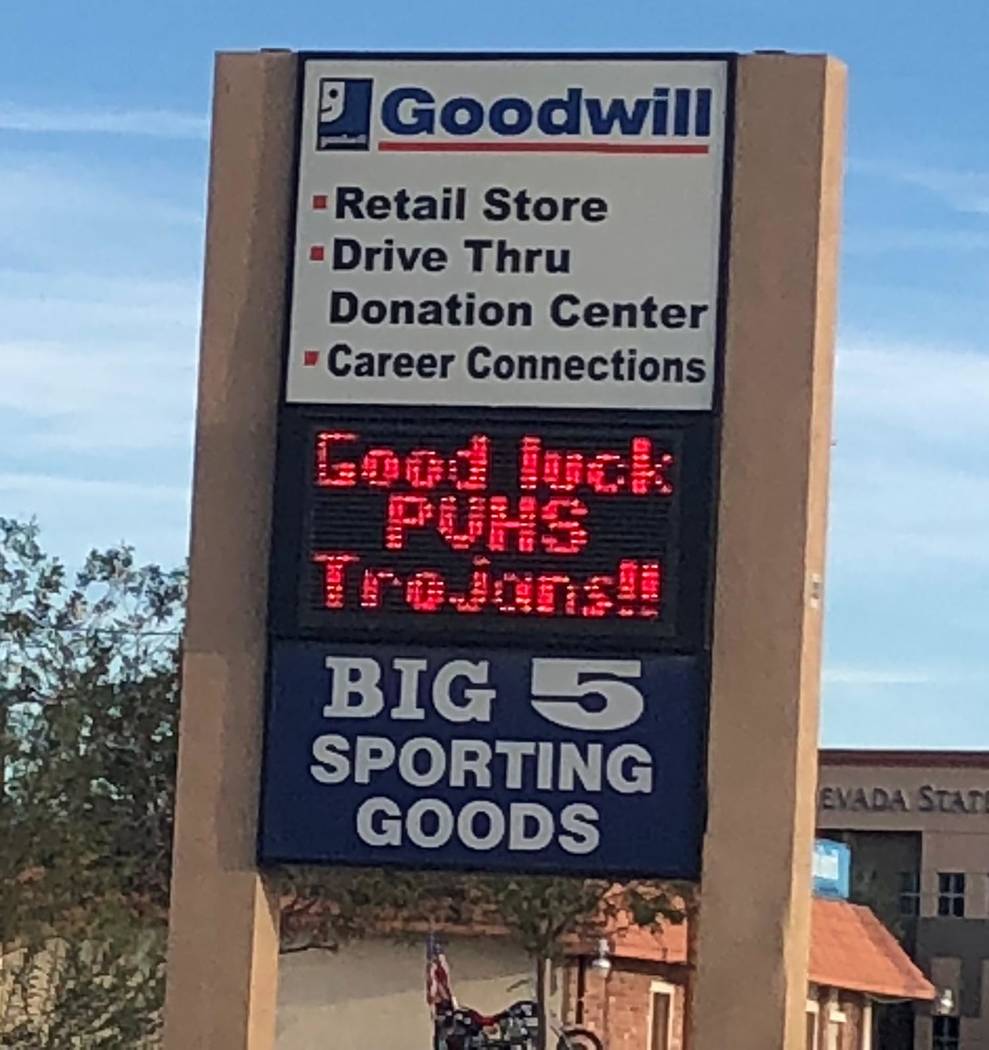 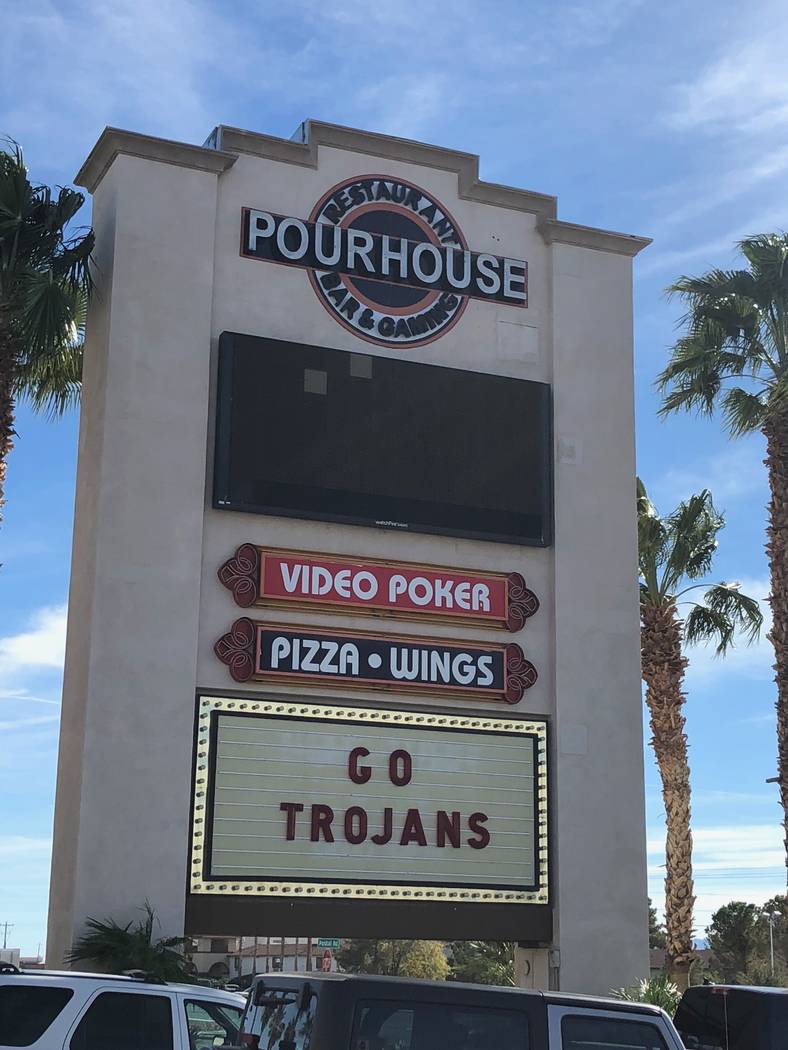 As president of the Pahrump Valley High School Booster Club, supporting Trojan teams comes naturally to Cindy Colucci. But when the school’s football team won a league title and earned a home playoff game, Colucci decided that merited something a little more special.

Knowing local businesses regularly support youth sports, and having a wide range of contacts, Colucci lined up sponsorships for a pregame tailgate party before tonight’s 7 p.m. Class 3A playoff game against Boulder City. Then she went to businesses that have message boards out front and asked them to show their support for the Trojans.

The result? Starting at 4 p.m. today there will be a massive tailgate party in the main parking lot of the school. Food will be provided by Pete’s Meats and Treats will be supplying $5 barbecue platters, which will be sold during the game as well.

“And a portion of the proceeds will be donated back to the PVHS athletic program,” Colucci said.

K-Ace Country 103.1 FM radio will be on hand, and there will be games and activities throughout the tailgate party.

The first 1,000 fans at the gate will receive free “black-out” T-shirts featuring a Trojan head logo.

“The price of a ticket is $10, because the NIAA sets the price,” Colucci said, referring to the Nevada Interscholastic Activities Association, which governs high school sports. “So people can come get a $10 T-shirt.”

Several local sponsors have joined in the effort to celebrate and support the Trojans, including Saitta Trudeau Chrysler Jeep Dodge, which has given so much over the years to Pahrump Valley High School that the dealership was inducted into the school’s athletic Hall of Fame this year.