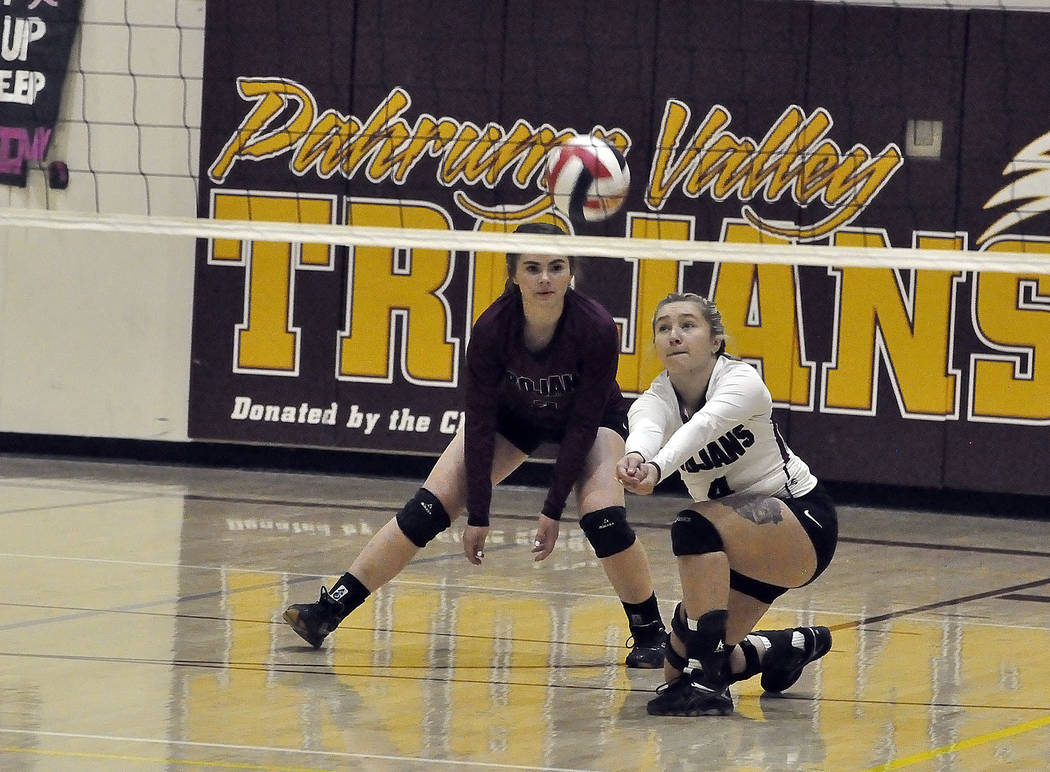 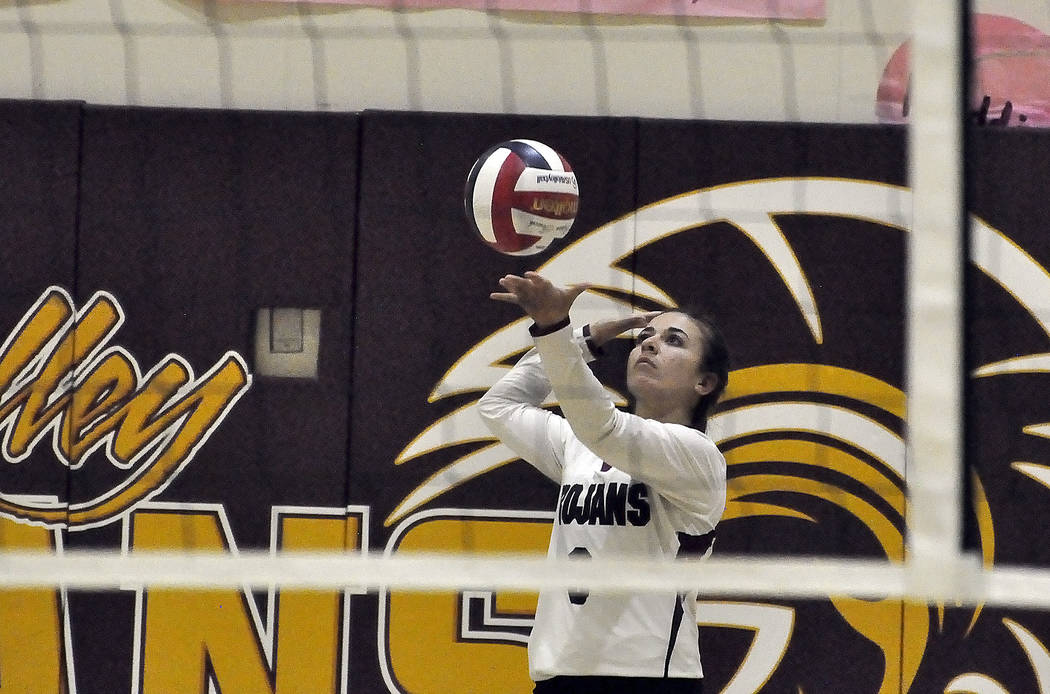 Horace Langford Jr./Pahrump Valley Times Virginia Weir concentrates on her serve against Cheyenne. Trojans defeat the Desert Shields in three sets and advance as the number one seed in the playoffs. 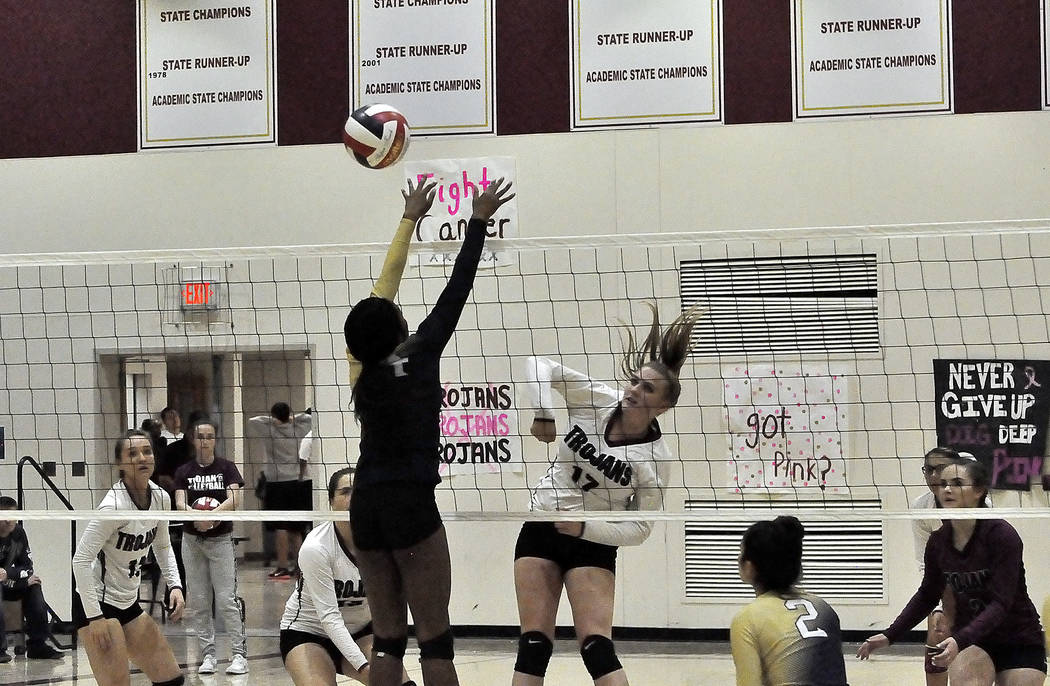 The Trojans dominated Cheyenne on the court, beating them in three sets to take the Sunset League and the number one seed for the playoffs which start next week on Oct. 31 in Pahrump against the Sunrise League fourth-seed team.

For the second time within a week, Pahrump Valley beat Cheyenne (20-11 overall, 7-2 Sunset League) on Monday.

Trojans coach Jill Harris liked the way her team played against Cheyenne, in both games.

The coach said the whole team came through for the win on Tuesday night.

“They all worked hard, they played great together, they communicated and they knew their positions,” the coach said. “Every single one of them did their jobs. They made no excuses and they didn’t look for anyone else to do their job. They were on top of it every bit of the way.”

The coach also praised her front line and the attitude of the whole team.

“The whole front row was tough,” she said. “Stobbe did a real good job in getting the ball up to our hitters. All the way around we played a good game tonight. The team stomped on the gas pedal and never let up. They were full throttle and full steam ahead. We said we would put no energy on losing and all our energy went into focusing on winning.”

According to the coach, the team is ready for the playoffs and her team will play tough.

The Trojans during the game never got out of focus and set the tone of the game in set one. The two teams in that set battled for every point and it was close until Pahrump made its 15th point and the score was 15-12. That’s when the Trojans started scoring and pulling ahead.

The last set the Trojans had Cheyenne on the ropes but the Desert Shields were not going quietly. Cheyenne midway through the match took a seven-point lead, 17-10, but Pahrump didn’t give up.

Setter junior Jackie Stobbe started serving at 17-10 and she helped get back the lead with solid serving. She helped get 13 points back and the lead, which demoralized Cheyenne. Stobbe had 22 assists for the night.

Another key player for the Trojans was sophomore Kylie Stritenberger, who had seven blocks and 13 kills. She worked hard in the off-season to improve her hitting.

“When I was a freshman I learned from the varsity players,” she said. “I also had a coach work with me a lot during the off-season. I am also very competitive. It is always competitive at the house.”

Stritenberger is confident in her team and believes it will win their playoff games.