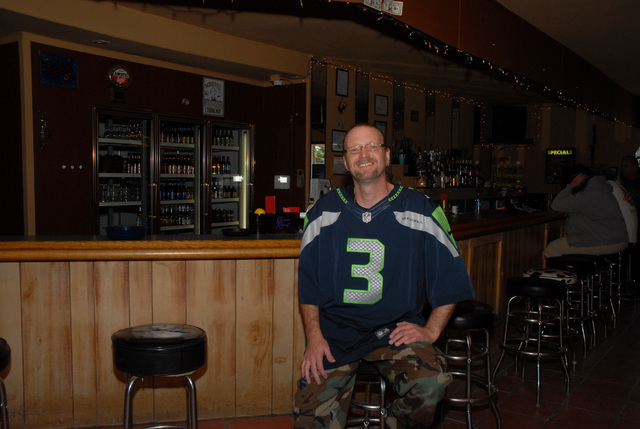 What a game. It was truly one of the best Super Bowls that I have ever seen. I had no doubt that the Seahawks would win in the end. Oh well, what do I know?

The end was fitting though. We all saw it, the seesaw battle between the Seahawks and the Patriots. The game came down to the last two minutes of the game. It definitely wasn’t like last year’s game.

Patriot fans watched in horror as Seahawks receiver, Jermaine Kearse, managed to make an unbelievable catch on his back on the five-yard line. The man was ON HIS BACK and he still made the catch. Of course, that would have been on the front of the sports page if the Hawks had won the game and Chris Mathews would have been the hero of the game.

With just under 30 seconds left in the game, the Seahawk world turned upside down. The look on Richard Sherman’s face was priceless (especially if you are a 49er fan) the Seahawks fans got to watch in horror as Russell Wilson threw an interception to lose the game.

I know Seahawk fans were crying in the street and this is the only consolation prize I have, but I do feel for them — not.

One thing we do know is that my feelings are shared by the co-owner of Mom’s Diner, Brett Chumley. He is another 49er fan and wasn’t crying in the streets this year. Instead he was relishing the Seahawk loss.

“I am a Tom Brady fan because he is a Joe Montana fan. There is no way I was rooting for the Seahawks. I know a lot of Seahawks fans who were crying more than I did when the 49ers lost in the Super Bowl two years ago,” he said.

In the center of the town is the Bounty Hunter Saloon, a small bar known for its Seahawk affiliation. In fact, they are the only Seahawk bar in town. It is rumored that this was ground zero where the Patriot interception was felt the most.

Bounty Hunter owner Daryl Keppner said in frustration that the Seahawks should have stuck with what they knew best, the run.

Just seconds before the interception the bar went wild. The catch had the bar screaming and yelling.

“I thought it was destiny after the catch and I was thinking we won,” Keppner said. “There was still a minute left and it was only second down and we had plenty of time to pound it in. The next thing I knew, they threw the ball and it was intercepted and it was over.”

Keppner said one minute the bar was full of screaming Seahawks and then it was over, and really quiet.

“After the game, Pete Caroll even said he should not have called that play,” Keppner said.

Lesson learned, stick to what you know. Ground and pound teams in the clutch should run the ball into the end zone. It’s easy to say this now from the safety of my arm chair.

In fact on ESPN, Caroll explained his reasoning for the call. He said he didn’t want to waste a run on what was a run defense. Hello Pete, you have a running back named Marshawn Lynch, who just went 102 yards in 24 carries. That is what he gets paid for — to run through run defenses.

The game was hard for the Seahawk fans to take.

“It hurt me emotionally big time,” Keppner said. “I feel horrible. I thought they never should have called that play. I am still in shock and really didn’t want to get out of bed today.”

He wasn’t the only Seahawk fan to feel that way.

Kelley Raberge, a huge Seahawk fan, didn’t even go to work on Monday.

“But in my defense I had asked for the day off in advance,” she said.

The Raberge home is set up like a Seahawk shrine to the Seattle team.

“We had a huge party at home,” Raberge said. “After the Kearse catch we were all happy. After the interception, I was angry and had to go console my mother who was in tears. It was horrible. My mom ran inside to cry. Everybody left after that. I can’t be too mad. I just wish he told Lynch to run it.”

Look at it this way Seahawk fans, Pete Caroll made some gut calls to tie the game up at the half. He threw the ball down the field and went for six points instead of playing it safe. He is a gutsy coach and he will lose some. This is just one of those games.

All I can say is better luck next time.