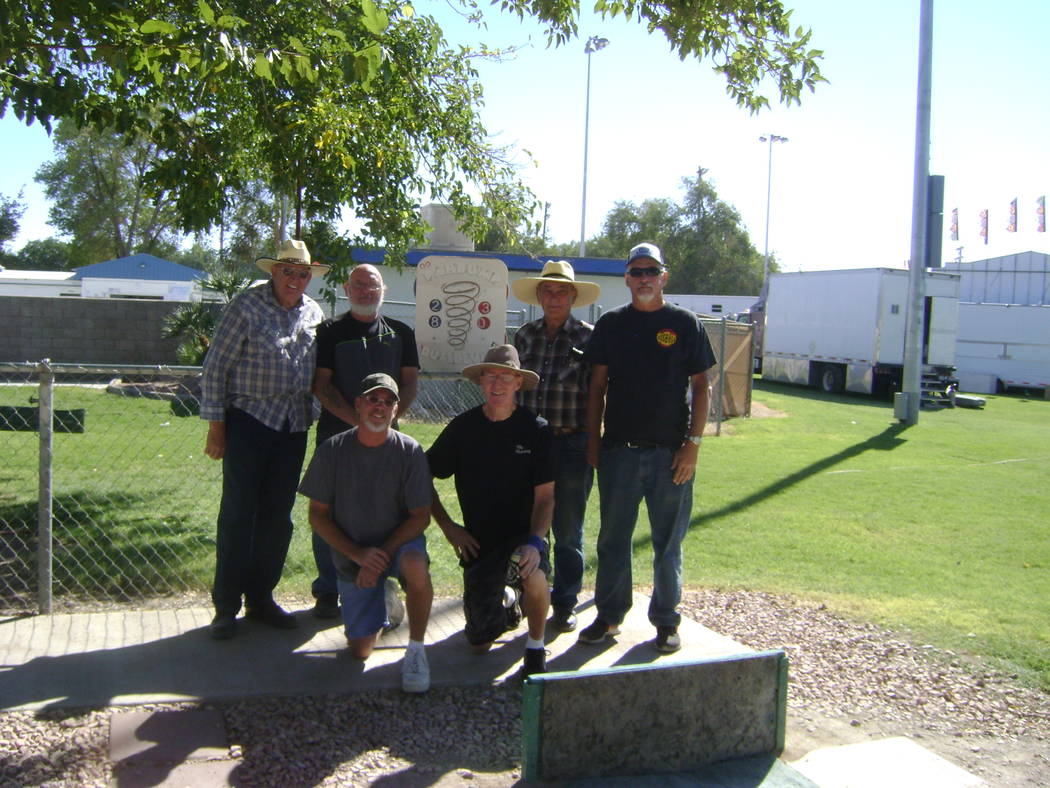 This year’s Fall Festival Horseshoe Tournament was a big success, according to organizer Mike Norton.

“We had a great turnout, 11 teams,” organizer Mike Norton said. “The blind draw worked well, with a lot of close games. It turned out that one Las Vegas player ended up with one Pahrump player in the first, second and third position spots.”

According to Norton, the ages of the players ranged from 20 to 80, with the oldest player, Bill McKinley, at 84, getting third place.

Thanks to the Pahrump Valley Chamber of Commerce’s Chris Erwin and Vicky Hilling for adding prize money and promoting the sport.

If you are interested in learning about the game of horseshoes, all players can join them on Wednesday and at 9 a.m. Saturday at the horseshoe courts north of the swimming pool.