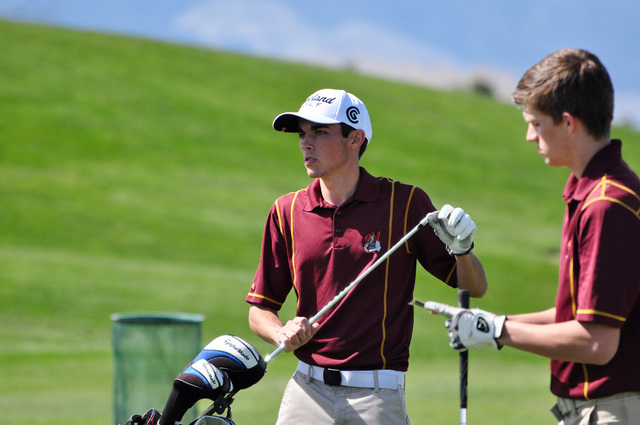 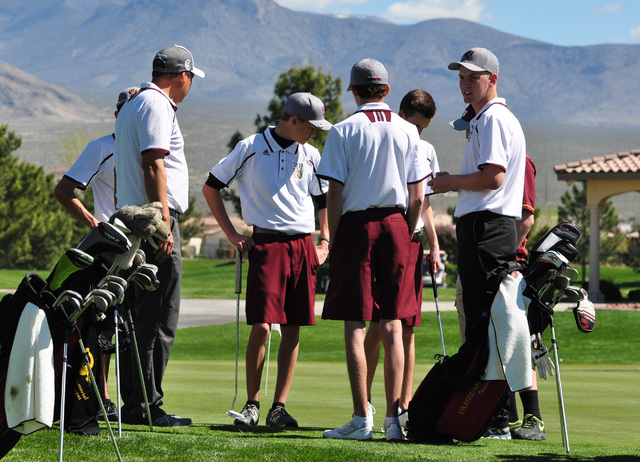 It has been at least three years since the boys golf team has gotten three players in the 80s and they did it at Canyon Gate in Las Vegas against Faith Lutheran on Monday in league action.

The team was led by sophomore Austen Ancell who carded a 9-over par 81. Ancell had three birdies, ten bogeys, and one double bogey in his round. He was 10 strokes behind leader Charlie Magruder of Faith Lutheran. Faith Lutheran’s Magruder shot a one-under par 71.

Junior Derek Moore also finished well by carding an 82 and junior Drake Asuncion carded an 88. Kelby Lindberg shot a 92 and Canen Hastings shot a 95 to give the team a 438 score. This was good enough for second place.

Faith Lutheran carded a team score of 393 for first place and Spring Valley came in third with a 482 and Clark came in fourth with a 561.

Trojans Coach Bob Hopkins was more than pleased with his team’s efforts.

“The team is getting better each week,” he said.

He said Asuncion and Canen Hastings both had low rounds for a league match at Canyon Gate. He said Moore has been steady at 81 and 82 going into the match. He hopes to get him shooting in the middle 70s by the end of the season.

Junior Kelby Lindberg had a great front side at Palm Valley last week against Desert Oasis (42), but then ran into trouble on the back side. Austen shot a 39-34 at Palm Valley for a career best in high school competition. He played the back side 2-under par.

The team beat Desert Oasis 465-467 and Moore was even absent from that match. This match was a non-conference match.

Another player that is working hard is Mike Hildebrand.

“He is not playing as well as we know he can, but he is working hard and we feel he will be shooting in the 80’s by regional time,” Hopkins said.

In last week’s action against Cheyenne, Pahrump carded a 455 and finished in third place. Faith Lutheran was first with a 388 score, Spring Valley was second with a 453 score, Clark was in fourth with a 628 and Cheyenne was fifth with a 676.

Ancell led the team with a 10-over par 82. He had eight bogeys and one double bogey in his last nine holes and was 10 strokes behind the leader Magruder.

Pahrump’s next match is on April 13 at Western’s home course in Las Vegas at 12 p.m.

Hopkins has not given up on beating Faith Lutheran this year.

“As far as being able to beat Faith we will have to stay away from real bad holes (train wrecks) to have a chance,” he said. “Right now our goal is to qualify for regional as a team. We have to average 450 as a team to do that.”