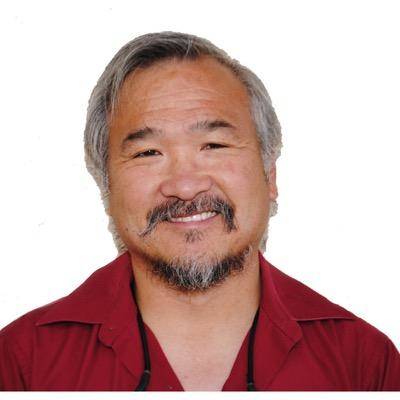 This kind of behavior should no longer be tolerated

Athletes and coaches in all sports have been plagued with misconduct in recent years and what message does this send to our youth who look up to these players?

Teams have got to draw the line and I think this is finally happening.

Bishop Gorman High School has a decision to make.

The current coach of Bishop Gorman, Kenny Sanchez, was just suspended by his employer this week for a domestic violence charge over Christmas and has not gone to trial for this charge.

Sanchez is the brother of UNLV football coach Tony Sanchez and has been the Bishop Gorman coach for two years, in which time the Gaels have gone 30-0, won two state titles and two mythical national championships. They are on a 54-game winning streak, which began in 2013.

Will he be terminated? Should he get a second chance? Bishop Gorman is not a public school, and this might work against him.

Bishop Gorman, being a Christian school, really has no choice in my opinion. The wins should not give him a pass.

NFL TAKING A STAND ON VIOLENCE

The NFL is taking a stand on violence. Are high school and college teams also coming around? What should be done about misconduct at that level?

Last week, the San Francisco 49ers made a statement by letting longtime starting cornerback Tramaine Brock go. He was one of five players remaining that played on their last team that went to the Super Bowl.

Brock was arrested on Thursday night on April 6 for a domestic violence dispute where his girlfriend exhibited visible injuries, according to the San Jose Mercury News. The team was sending a clear message that this sort of thing would not be allowed under new management. The former general manager had to deal with with a string of violence cases involving Aldon Smith, Ray McDonald, and Bruce Miller.

Does violence and football go hand in hand? You would think it does with all the scandals going around.

Case in point, a former Detroit Lions star, wide receiver Titus Young, was just sentenced to four years for his role in a street fight, where he seriously injured a person.

The NFL is taking a serious look at its violence and does not seem to be in a forgiving mood. Brock was terminated without the team waiting to see if the charges were true.

I think the suspension is to give the school a chance to think on what to do next. In my opinion, I think in this case Gorman has to put the winning aside and do what is right for the kids. When schools like Bishop Gorman embrace Christ they really have no other choice. They have to send a message that violence is not OK. Sanchez should also do the right thing and just resign.

I am not saying this will happen, for stranger things have happened. After all, we are talking football and Las Vegas.

College is not putting up with the shenanigans of its coaches either.

The University of Southern California fired coach Steve Sarkisian after he allegedly appeared intoxicated at a team event in 2015.

Fans are fed up and tired of watching athletes and coaches get a pass just because they are at the top.

This type of behavior would not be tolerated by players at any level and the coaches should be held to an even higher standard.

I would not be surprised to see Sanchez not at the helm of the Gaels next season.

Silverado just let Randall Cunningham go as its football coach. He would be a great fit at Bishop Gorman. He even had kids that attended that school.