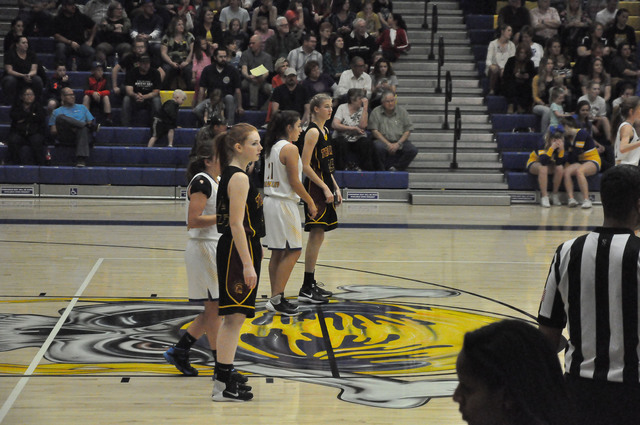 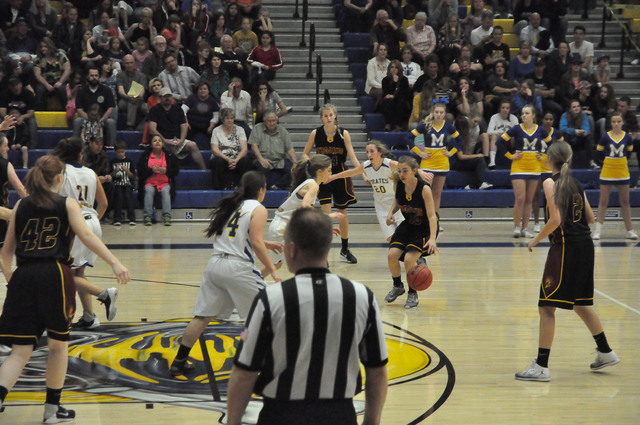 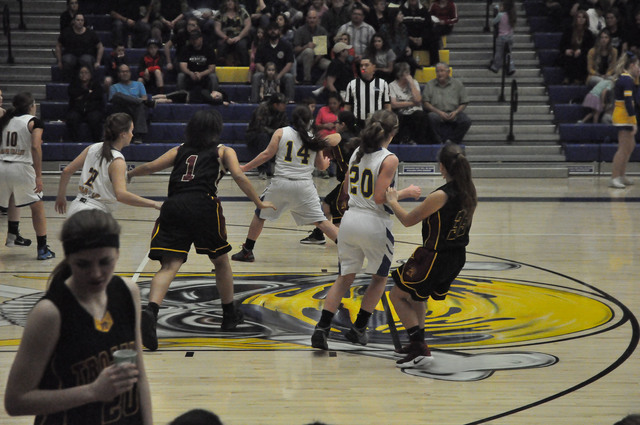 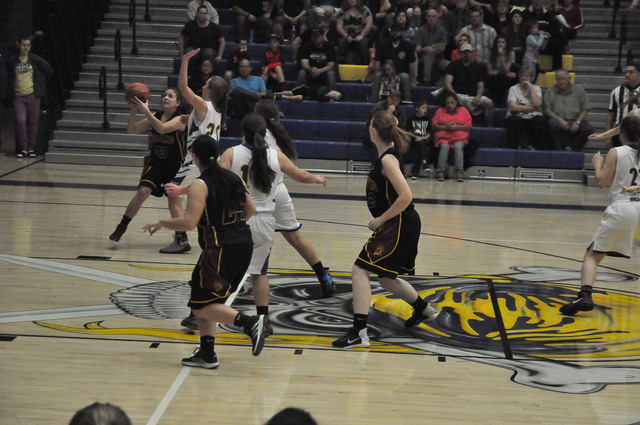 A look at the future: During the quarterfinal playoff game between the Lady Trojans and Moapa Valley on Wednesday night, Trojans coach Bob Hopkins found his team too far behind in points (they lost 42-24) and so he played as many junior varsity players as he could.

The Pahrump Valley Times was able to get a look at the future varsity players. One junior varsity player, Samantha Runnion, recorded six points during the playoff game.

“We have a lot of young kids to build on,” the coach said. “Our JVs did well this year and finished overall 18-3. The important thing is that they didn’t lose a single league game.”

Also of special note, Hopkins said he has a good group of girls coming up from the middle school too. That team he said beat Moapa Valley recently. He also said that the middle school is on the same page as the high school, running the same defense and offense.

The varsity team went to the playoffs this year for the first time since 2008. The team finished 12-14 overall and 5-5 in the Sunset League.

“The future is bright for our team next year,” Hopkins said.